Bruce Springsteen had a difficult 1976 and 1977. All he wanted to do was make new music for his fans, but he was stuck in a painful legal battle with his manager and producer, Mike Appel. When it came time for him to return to the recording studio, Springsteen recorded one of his biggest hits, “The Promised Land,” in a few short takes.

However, Springsteen wanted it to be perfect and changed it at the last minute, almost too late for it to appear on Darkness on the Edge of Town.

After the success of Born to Run, The Boss‘ relationship with his former manager and producer, Mike Appel, had disintegrated. According to Springsteen Lyrics, Appel said he didn’t want Springsteen and Jon Landau (co-producer of Born to Run) working together on Springsteen’s next album.

So, on Jul. 27, 1976, Springsteen fired Appel and filed a lawsuit against Laurel Canyon, Ltd., Appel’s company. Ultimate Classic Rock wrote that the allegations included fraud, undue influence, and breach of trust. “The legal maneuvering, all parties would later learn, had far more to do with relationships than money,” UCR wrote.

A couple of years before, Springsteen signed contracts with Appel that resulted in problems for Springsteen financially. He was only retaining less than a tenth of his income. The money didn’t matter to Springsteen. However, he needed money if he wanted to continue to release albums.

Appel countersued on Jul. 29, 1976, in New York State Supreme Court. He asked the court to prohibit Springsteen and Landau from working together.

The legal drama then began to affect Springsteen’s career. He was scheduled to return to the recording studio with The E Street Band that year, but the judge overseeing the lawsuits advised him not to until everything settled.

The legal battle dragged on for about another year. In the meantime, Springsteen took the band on the road and honed his performance skills. He even broke his self-imposed rule of not playing big arenas, but he had to reach as many people as possible during his recording hiatus.

The pair finally settled on May 28, 1977. UCR wrote that Appel gave up most of his publishing rights in exchange for $800,000, and his production cut was reduced from six to two percent. Most importantly, Springsteen was able to record in the studio again. He started recording Darkness on the Edge of Town in early June 1977 at Atlantic Studios in New York City. The musician had about 80 songs stockpiled that were in various stages of completion.

Later, Springsteen moved to The Record Plant for better sound. Still, Springsteen finished recording Darkness on the Edge of Town by early January 1978. But Springsteen had one task left to do before he released his first album in almost two years. 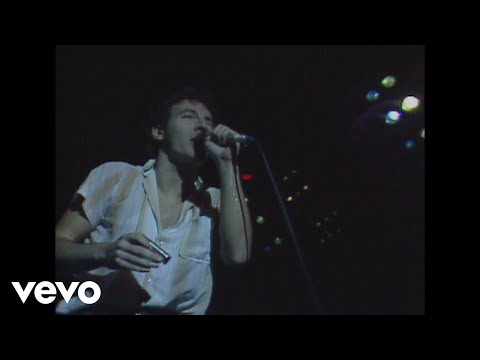 Related: ‘Springsteen on Broadway’: When Is the Bruce Springsteen Special Coming to Netflix?

After Springsteen recorded the album, he began mixing it that January. He finished in late March. There were a lot of mixes to consider for the final record. At the last minute, Springsteen changed his mind on the mix of “The Promised Land” in early April.

According to Song Facts, the tune had the shortest amount of takes (five in total) to record compared with the rest of the songs on the album. However, there was something not right about it, and Springsteen didn’t catch it until the last possible moment.

Springsteen wanted Steve Van Zandt’s guitar solo, which comes right before the sax solo, to be put back in the final mix, even though he’d already sent the record to be mastered. However, Springsteen still released the album on Jun. 2, 1978. 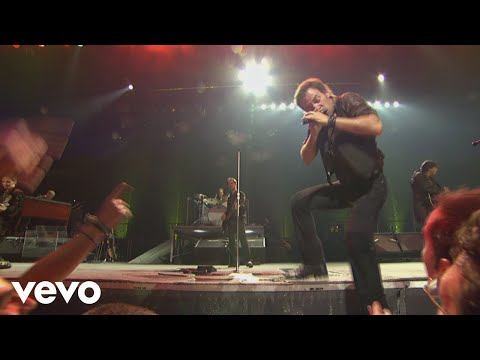 The song reflects the working class and Springsteen’s legal drama

Listening to “The Promised Land,” you can hear what Springsteen was going through at the time. While the song touches on the working class struggles, it also touches on Springsteen’s legal battle with Appel.

According to Racing in the Street: The Bruce Springsteen Reader, this is Springsteen’s “song about an American workingman who has grown weary of living in a country that urges you to dream and then leaves ‘you nothing but lost and brokenhearted.’”

In the documentary The Promise: The Making of Darkness On the Edge of Town, Springsteen said the song is about “how we honor the community and the place we came from.” However, it also reflected his situation during the lawsuit with Appel.

During that time, he felt stuck and could not do what he really wanted, which was to make music. But he got there in the end, and he talks about how his determination won in the song.

Be Mine Drama From John Bellina, Lauren Miller Rogen & Temple Hill In Works At The CW