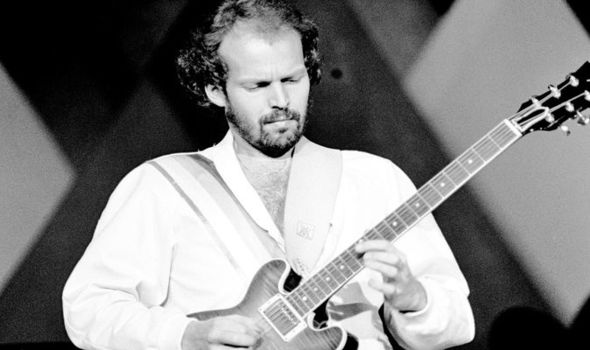 It was Benny Andersson from ABBA. Lasse recalls: “He said, ‘Can you come to the recording studio because I think we are going to make one or two songs with the old band’. At first I didn’t realise what he meant. Then I realised he meant ABBA!” The last time Lasse, a long-term “ABBA member” who played on most of their songs and all the big tours, had worked with them was back in 1981 on their final album, The Visitors.

Like millions of fans, he never expected Benny, Bjorn Ulvaeus, Anni-Frid Lyngstad and Agnetha Faltskog to get back together. At the time of those recording sessions, their sound engineer, Michael Tretow, revealed how the “mood” had become sadder, especially since Benny and Frida and also Bjorn and Agnetha had divorced.

And Lasse recalls: “When we recorded The Visitors, the atmosphere was, by natural reasons, a bit different than before. The two couples were divorced, but still very good friends. But you could anyhow sense that maybe it was all coming to an end. So I wasn’t too surprised when they decided to first take a break and later split the group. It was of course very sad, but it was in the air.”

Following Benny’s phone call, Lasse, now 69 years old, headed to RMV Studios on the island of Skeppsholmen, in Stockholm, and realised he was about to be part of history. ABBA were coming back.

He was asked to play guitar on just two tracks, I Still Have Faith In You and Don’t Shut Me Down. It was to be the first new music from the Eurovision winners since 1982, to accompany their ambitious ABBA Voyage show, featuring avatars of the band members, which opens in London next year.

Lasse couldn’t believe what he was hearing again when they started to play the demos back to him. He says: “When I heard the songs I thought, ‘Wow this is ABBA’. It really sounded like ABBA.”

However, everyone had to keep the recording a secret. They were under strict orders not to let anyone know that ABBA – who had scored global hits with Dancing Queen, Mamma Mia and SOS – had reunited.

Lasse says: “I am good at keeping secrets. And for many months no one knew. I mean, the studio is on an island, it’s not like Abbey Road Studios in London where everyone sees who comes and goes.We could all come and go without disguises.”

They managed to keep it hush-hush for a year until, rumour has it, they found out the news was going to be leaked so the band made an official announcement that they had recorded two new songs for their avatar project. However more secrecy was to come when, in May 2019, Benny and Bjorn asked Lasse back to the studio as they had written two more songs.

He smiles: “We now had four songs and I started thinking, ‘Maybe they are gonna release an EP?’ I suspected something was going on, but there was no proper answer to that question.”

Another factor in the band being able to keep things quiet was the fact that in Sweden no one bothers them. In their heyday in the 1970s, the one place where there was no hysteria about them and they could happily go shopping without any fuss was their home country.

At the time, pop was often dismissed as uncool in Sweden, while progressive rock was more in fashion. Lasse says: “They really appreciated this during the hysterical years. When they came back home from places like Australia and Britain and Japan it was calmer. It was less hysterical and crazy.”

When the pandemic hit in 2020, all this new music was put on hold. That was until April this year when ABBA went back into the studio to record even more new songs that were to become their ninth album, called Voyage. A total of 10 songs are to be released on the album and Lasse has played on eight new ones.

He says: “When I was doing my guitar tracks it felt like the old days. The only difference was that there was some preproduction this time around, which is very usual nowadays. It wasn’t so in the late 70s when there was a bit more jamming in the studio and trying out new things. I think the new songs do sound like they could be from the 1980s, in a good way, but maybe they are a bit more mature – for example the arrangement for I Still Have Faith In You.”

He went on: “The girls’ voices sound as great as ever. They are a bit lower, of course, as everybody gets lower by the years, but they sure still have their great voices. No doubt about that!”

Lasse, whose favourite ABBA track is Knowing Me, Knowing You, recalls how the atmosphere in the studio felt really great and joyful. And he adds: “Everyone was so happy and excited. It really sounded like ABBA.” Fans are now eagerly awaiting the release of Voyage next month.

But for Lasse it’s back to the day job – doing guitar overdubs on other people’s songs, including UK act Girl Gone Bad, and working on his own solo music which is released on all streaming platforms. A Spotify playlist is to be found on his website verywellander.se/en.

He adds: “You know, ABBA wasn’t a full time job for me in the 1970s and 1980s. “I am, and was, a freelance guitarist and I was very busy during these years doing studio sessions, TV jobs, tours, nightclub shows and so on.

“I played with many different groups and artists, but working with ABBA was of course always a bit special. It is a real honour and a privilege for me to be involved with them again. Benny joked that there is a rule that there shouldn’t be more than 40 years between the albums. Well, it’s been 39 years! They just made it.”

Voyage is released on November 5 and ABBA Voyage launches in May 2022. For concert tickets go to ABBAvoyage.com/tickets

'Gilligan's Island': Tina Louise 'Ginger' Reveals Hottest Cast Member and Why She'd Love to Be on a Desert Island With John Oliver

The Challenge's Paulie: Where Johnny Bananas and I Stand After Reunion
Recent Posts