Women’s safety advocates say more affordable housing and increased funding are top of their priority list for the next government, warning phone calls from assault victims are going unanswered and others are being shuttled between services amid increased demand.

The National Women’s Safety Alliance is releasing on Wednesday a three-year plan with 20 specific actions for whichever party wins the May 21 election to take to reduce violence against women and children. 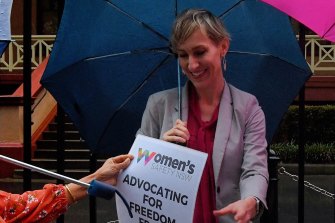 The “In One Generation” policy release coincides with national domestic violence remembrance day, when candlelight vigils are held around the country to remember those who have died.

Almost all frontline services surveyed by the alliance in drawing up the policy statement said they had seen increased demand for their assistance since the start of the coronavirus pandemic.

To deal with the demand, more than two in five said they had expanded their waitlists and the same number said they had referred people to other services.

More than one in five had reduced their service offerings to concentrate on specific areas. For some, this meant reducing primary prevention activities while others moved counselling services online or offered shorter sessions to try to reach as many people as possible. A few said they had received temporary funding boosts.

Alliance chief executive Dr Renee Hamilton said it was clear the pandemic had made violence against women worse and already long waitlists were getting longer.

“Whoever wins government after 21 May must hit the reset button and drive action towards a new goal: to end gender-based violence in one generation,” she said.

Hayley Foster, the head of phone and online counselling service Full Stop Australia – formerly Rape and Domestic Violence Services Australia – said the situation was “pretty dire” yet the issue had not been on the radar so far during the election campaign.

Full Stop has had a 26 per cent increase in calls during COVID-19, yet its last funding increase was a decade ago.

Over the past 10 years, NSW has reported a 70 per cent increase in sexual assaults. Foster says the focus on violence against women and lift in public awareness since early 2021 has also given many people the courage to seek help.

“One in three calls that come through to us, we can’t even pick up,” Foster said. “It’s the absolute worst thing when someone calls our service because we’ve told them to and then they get a voicemail. It’s a really terrible message.”

The alliance was established last August to guide national policy and connect the sector, victim-survivors and governments.

Other priorities in its election statement are providing experts to teach respectful relationships in schools, establishing independent advisers to help victim-survivors through the legal system, and training more people in the community to identify violence.

The Coalition promised in the March 29 budget $1.3 billion across 17 initiatives for women’s safety, which it described as the first phase of the Commonwealth’s contribution to the next national plan to end violence against women and children. This included $340 million to extend programs that provide cash grants to women fleeing violent relationships and emergency accommodation, and $127.8 million for national counselling services.

The next national plan, covering the next decade, is due to start on July 1. A draft version was released in January for feedback but the final version has to be approved by all jurisdictions, which can’t happen while the federal government is in caretaker mode.

The Coalition has also established a national domestic, family and sexual violence commissioner, matching a Labor pledge. It gave the job to Catherine Fitzpatrick two days before the election was called; she is due to start the five-year appointment on July 1.

Labor has also promised to fund 500 new workers for community services that support women in crisis, $100 million for crisis accommodation and $1.6 billion to build 4000 new social housing properties specifically for women and children fleeing violence or older women at risk of homelessness.