When Eloise Guibourg’s 17-year-old brother died suddenly, his Facebook account became a great source of comfort to her.

Having moved to London in 2013 from her hometown of Montpellier, France, she consoled herself by reading through their affectionate messages to one another and looking through his pictures, reflecting on happy memories.

When his account was suddenly deleted two days after he was killed in a road traffic accident in November 2015, Eloise and her family were inconsolable.

On hearing Sacha had passed away, Facebook automatically removed the page – which had been his ‘wish’ when he set up the account. 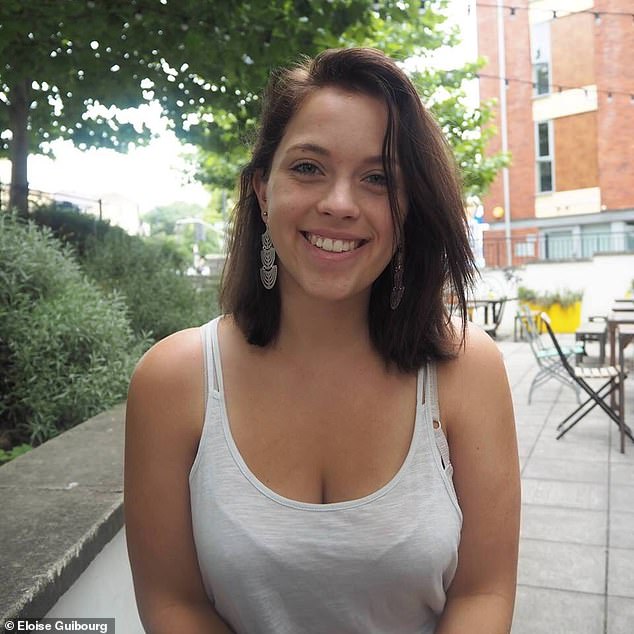 Eloise Guibourg, who is originally from France but lives in London, was devastated when her 17-year-old brother was killed in a road accident in 2015

Now Eloise, a PR officer, is urging social media users to discuss their digitial legacy with their friends and family, like they would organ donation.

‘He must have thought he’d die aged 120, in his sleep,’ Eloise told FEMAIL.

‘But he was 17, he was healthy, he had taken a pizza out of the freezer for when he’d get back home that afternoon, he was preparing for his exams.

‘Nothing and no one foresaw him dying.’

An estimated 8,000 Facebook users die every day, with the number of ‘dead’ users expected to outnumber the living by 2069, according to academics from the University of Oxford. 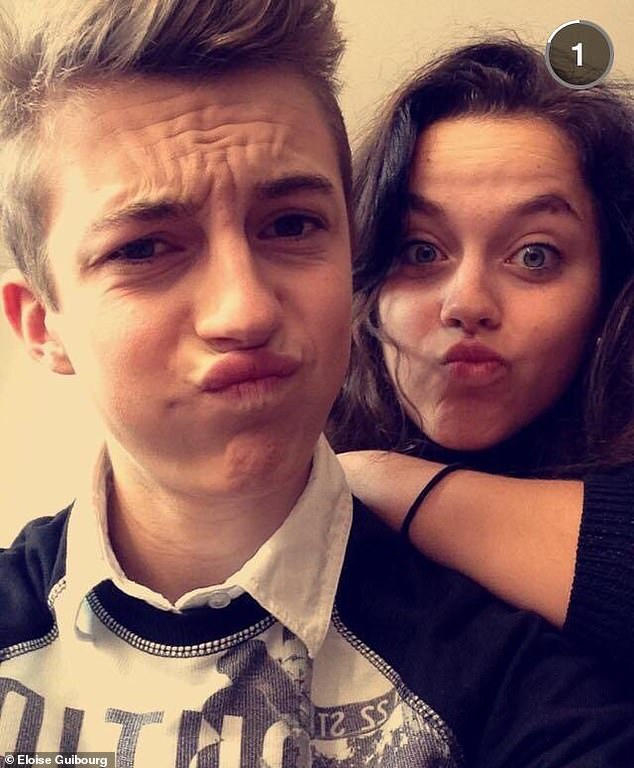 Pictured with her brother Sacha, Eloise said his Facebook page proved a great comfort to her in the days following his death

In 2012 – eight years after the platform launched – 30 million of its users had passed away.

Eloise admitted it’s not an easy conversation to have, but pointed out that people should consider what they leave behind for their loved ones.

‘I have very young siblings who were four and three when Sacha died,’ she said.

‘They remember him, and they were deeply affected by his death, as we all were. But they had moments where they turned to us in panic, saying: “I don’t remember what Sacha sounds like.” Having access to videos of him wherever we were helped. 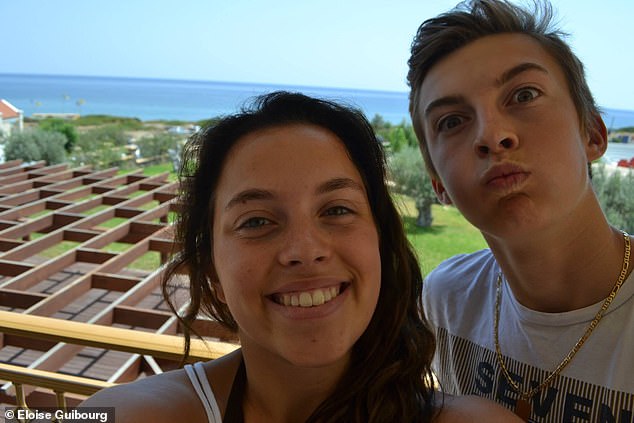 When Sacha’s Facebook page was deleted two days later, Eloise was distraught as she’d lost all the messages they’d exchanged

‘Sacha ticked the box that meant his account would be deleted upon death.

‘I think if someone holds very strong views on what happens to their data when they die, then they should speak about it to their loved ones, like they would about organ donation or cremation versus burial.

‘When something like a loved one dying unexpectedly happens to you, you become cursed with the knowledge that anyone you love – and yourself – could die at any moment.

‘Maybe having memories when people die unexpectedly isn’t such a bad thing.’ 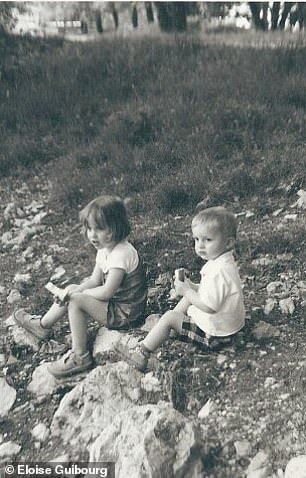 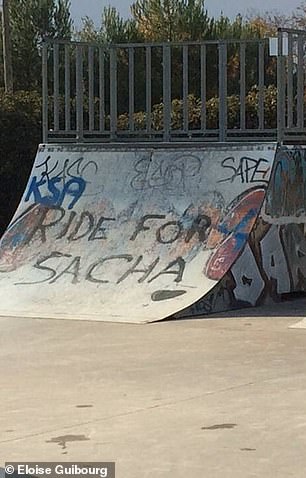 Eloise and Sacha, pictured as young children (left), and right, Sacha’s local skateboard park, where a tribute was made to the teenager

She and her family were going through his Facebook photographs to pick a selection for his funeral when the account suddenly disappeared.

‘I was still in the whirlwind of coping with the trauma, trying to comprehend what was going on and what my life was now,’ Eloise recalled.

‘I realised that, on top of deleting all his photos and statuses, removing the profile from Facebook meant that all the messages he ever sent were gone too. 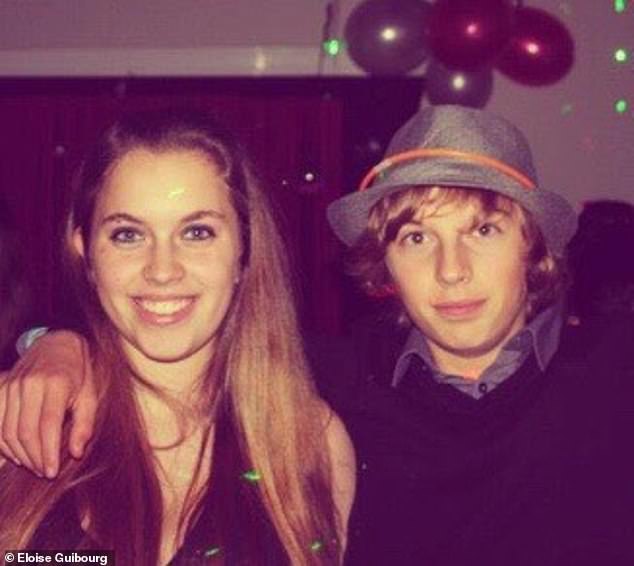 Now Eloise, pictured with Sacha, is urging social media users to discuss their digitial legacy with their friends and family, like they would organ donation

‘That froze me, and I panicked. I remember crying to my family, I had nothing left from the way Sacha and I talked to each other. Living in different countries, we mostly texted over Messenger.’

Thankfully after several days, Eloise’s older brother managed to retrieve Sacha’s password via the keypass on his phone and they logged into the account, which restored it. 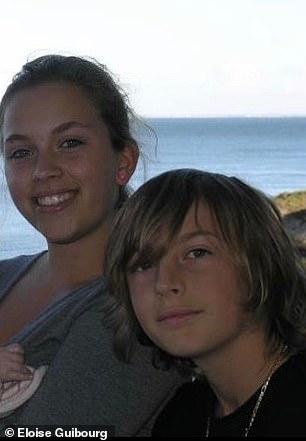 One of the drawbacks of a deceased person’s Facebook remaining active is their friends still receiving alerts, particularly on their birthday.

This was something Ōz Deniz Varol found difficult after her friend Çiǧdem Demirtas, from Cyprus, committed suicide age 17.

Ōz, 27, from Leeds, said the Facebook alerts were a ‘really painful reminder’ of the reality she faced.

‘As I grew up and started to make life choices for myself, she would pop into my mind and I would think, “If only she knew how much better it all gets.” It makes me so sad that she didn’t get to live past those difficult years.’

Çiǧdem’s account remained active for nine years after her death until, in April this year, Ōz decided to ‘memorialise’ it.

This is a relatively new function which makes the page a place for friends and family to gather and share memories after a person has passed away.

The word ‘remembering’ is shown next to the person’s name on their profile and their content remains visible to the audience it was shared with.

Memorialised profiles don’t appear in public spaces such as in suggestions for People You May Know, adverts or birthday reminders and no one can log in to the account. 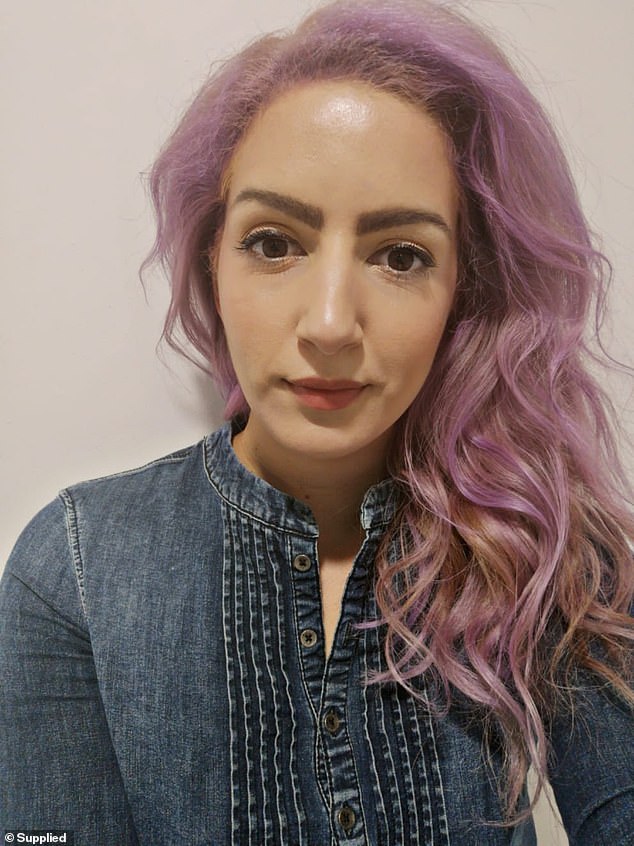 ‘I was actually quite upset that no one had sorted this for her,’ Ōz admitted.

‘It took maybe 20 minutes, max. I did some research and was quickly able to see how to go about doing it.

‘I used the web to search for an article in a newspaper that was published on her death, as Facebook needs a link to an obituary or news article establishing proof of death, and filled out the request form.

‘I received an email the same day to say it had been done.’

Ōz said it gave her a real sense of ‘bittersweet relief’ to know it had finally been dealt with.

‘I think a memorialised page should be an automatic outcome when someone dies, as this allows for their memory to live on and for loved ones to be able to visit their profile and look back on memories,’ she added.