Woman shares leggings review sliding and rolling down a mountain

Woman’s hilarious review of $13.99 leggings goes viral as she hails the pants for not ripping while she slid down the side of a mountain because she was too scared to walk

A good pair of leggings should make you feel comfortable during a workout, but one woman put her new capri pants to a much tougher challenege, and promptly went viral with her hilarious review.

The American woman, only identified as Cory H., shared the rave review for $13.99 leggings Raypose leggings on Amazon in July 2020, but it resurfaced over the weekend when a fellow shopper shared it on Twitter.

The buyer admitted she was too scared to walk the steep side of a mountain herself and had to slip and slide to the bottom.

She shared two pictures of herself laying against a rock, and in her very strong endorsement, Cory said she was impressed that the leggings hadn’t ripped during her endeavor and planned to buy them in every color.

People thought the review was hilarious, and that the woman should be handed a life-supply of leggings, due to the amazing advertisement she had provided for the brand. 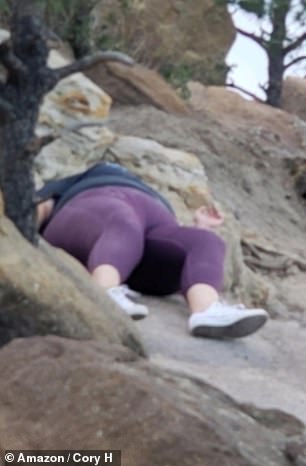 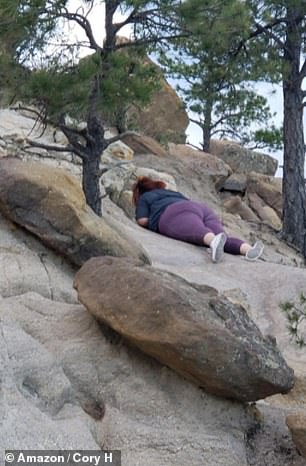 An American woman only identified as Cory H. has gone viral after her hilarious Amazon review of Paypose leggings went viral. Cory, pictured, shared two snaps of herself sliding down a mountain wearing the leggings

Cory gave the leggings a five-star rating and titled her review ‘Order them now.’

‘Can I just say that I will be reordering them in every color,’ she said.

‘Here is me rolling and sliding down a mountain because I was too scared to get up. My leggings did not rip not even a little bit and I got stuck on rocks and trees,’ she added.

Along with her message, Cory shared pictures of herself wearing the purple leggings while laying down on rocks, sliding down a mountain. 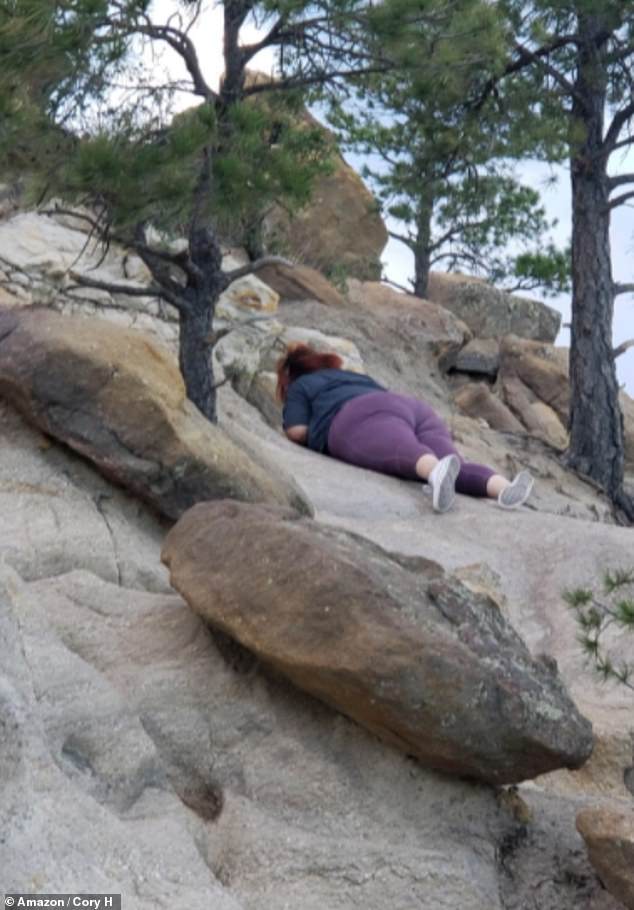 Cory admitted she was too scared to go down the mountain on her feet and had to slid down against the rocks, but said the leggings survived, pictured 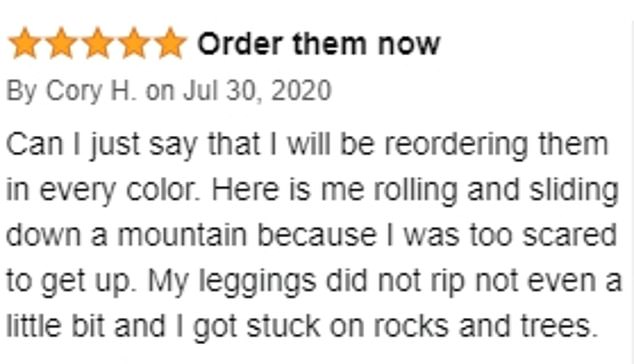 The hiker was too afraid to walk down the steep mountains and had to slowly shuffle down on her belly. 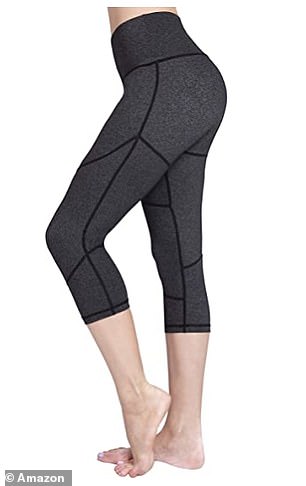 The Raypose capri legging cost $13.99, according to their Amazon page

One of the snap shows her sliding face down, while another shows her rolling on her back.

On Amazon, 15,326 people found Cory’s review helpful, and it was shared on Twitter over the weekend, when a woman shared a screenshot of it, captioning it: ‘I think about this twice per week.

People on Twitter loved the hilarious review, calling Cory a ‘cautious Queen’ and saying she should be handed free leggings for life after giving Raypose free advertising.

‘I bought these leggings after seeing this review. They are amazing,’ one person said.

‘I really hope the company gave her free leggings for life for that kind of solid endorsement. Bc how can you not be sold when you read that,’ another said.

‘The pic with her lying there with her face in the rocks is what really sell these leggings for me. I’ll be buying in every color as well,’ one said.

‘What a public service this review is. Not all heroes may wear capes, but most of them do wear leggings,’ one joked.

‘This is the greatest testimony for leggings I’ve ever seen. Can I please hang out with this person,’ one said.

‘People who provide pictures on Amazon are the BACKBONE of society,’ one wrote.

This cautious [Queen] really said yes I can handle the humiliation as long as I can spread the good word about these leggings. You just know she’s a great friend to have,’ one wrote. 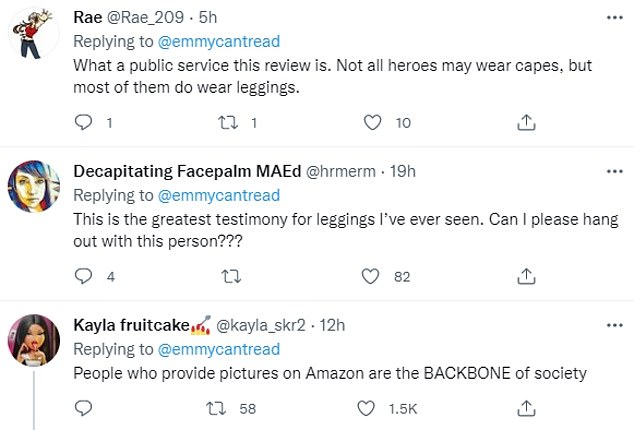 People loved the review, calling Cory a ‘Cautious Queen’ and others said she should be getting a life supply of the leggings

Rudd. Ferrell. Eighties Costumes. But Sadly, 'The Shrink Next Door' Is No 'Anchorman'
Recent Posts