Priced out of French wine? Experts reveal the swaps YOU can make to save money – including opting for a Chilean pinot noir instead of a Burgundy

French wine is often considered the best in the world, but for of us it is simply unaffordable.

With the majority of wines labelled regionally rather than by variety, it can be hard to understand which grape the bottle has been made from and how your wine will taste.

Luckily, experts have advised the best way to find a cheap alternative to the French classics  – explaining looking further afield to other European countries and beyond could be key to finding your new favourite bottle.

FEMAIL spoke to Sam Caporn, mistress of wine and face of the Aldi Wine School, and other UK wine experts, to learn more about which wines to pick for a taste as good as, if not better, than expensive French labels. 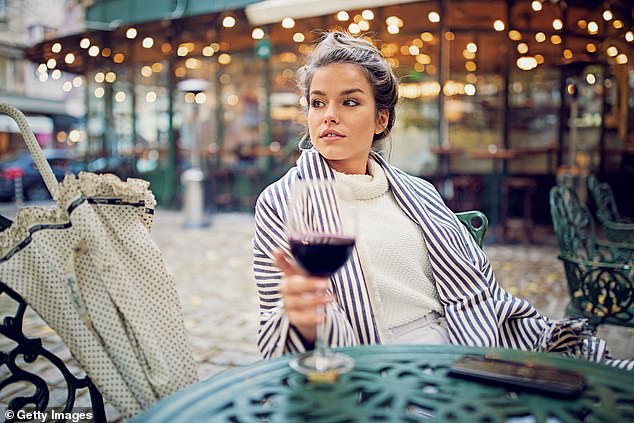 Experts have now revealed the best way to find a cheap alternative to the French classics – explaining looking further afield to other European countries, and beyond, could be key to finding your new favourite bottle

The famed region of Burgundy in France produces reds made from the Pinot Noir grape renowned for its large berries, gentle tannins and soft fruit flavours.

This special offers a lighter colour and structure. Sam suggests chilling this wine for the summer months.

Made in Casablanca Valley this wine boasts floral hints and violet, which are followed by red fruit aromas, with inviting subtle textures.

Beaujolais in the Loire Valley is known for its Gamay grape variety, which creates light and refreshing Pinot Noir.

Fans of this light-bodied wine will know that this a very fussy grape which won’t grow just anywhere.

For a fresh and fruit-driven, try the Modernist Pinot Noir 2020 from Virgin Wines, available for £11.99.

It’s elegant, light and fruity with aromas of ripe cherry and strawberries, and hints of peppery spice.

Nothing beats an extra dry bottle of bubbly from the famed French region of Champagne.

This can come with an expensive price tag with many bottles retailing upwards of £50, but Sam says you can get a bottle that has been made in the traditional method for a fraction of the price.

This bottle of sparkling wine is filled with aromas of lemon, lime and green apple. Experts from The Wine Society also suggest opting for a bottle of Spanish Cava.

Cava has more citrus notes and hints of pear or quince, but more savoury, mineral flavors and less fruity sweetness.

Provence rosé has accelerated in recent years, with its unique bottles, pretty pale pink colour and intense fresh flavour that is described as dry, minerally and delicately fruity.

Sam suggests opting for a German Pinot Noir rosé, which is dry but with attractive juicy red berry fruits and cheaper than its French counterpart.

German rosé has doubled in production over the past decade and is just as good as its French counterpart as it combines delightful fruitiness and crisp acidity.

Châteauneuf-du-Pape is the big, rich (in flavour as well as price) red wine from the southern Rhône Valley.

The Wine Society hints at Lirac, which its experts describe as the area’s best kept secret, as the grapes are used the same, but the prices are often half of those of its better-known neighbour.

However, Sam said Portugal provides extraordinary value for wines at the moment and suggests opting for Douro, which packs a full-bodied punch.

Try Morrisons’ The Best Douro Red (£8.25, 75cl) with flavours of ripe plums with a hint of spicy black pepper.

Instead of: Coteaux du Giennois

The Loire Valley is the spiritual home of Sauvignon Blanc, characterised by its light-bodied, fruity and crisp, dry taste.

Grüner Veltliner is a dry white wine that grows almost only in Austria, which makes it the perfect, yet more exotic alternative to Sauvignon Blanc.

Tesco’s Era Gruner Veltliner (£8, 75cl) is an Austrian wine that has flavours of green pepper and lime with a zingy finish.

Coupled with a fresh light colour and peppery taste this wine perfect for any occasion.

The Rings Of Power Review: worth the watch?
Recent Posts