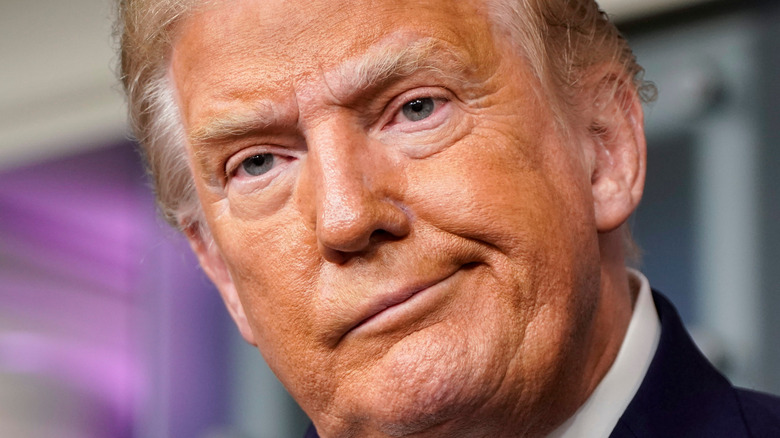 Stephanie Grisham had close links with the Trump administration during Donald Trump’s time in office, at various points being chief of staff to his wife, Melania Trump; White House press secretary; and East Wing communications director. Per CNN, she’s releasing a book next month, and according to insiders, it could offer some extra insight into some of the controversies that blighted Trump’s stint as president.

Grisham first started working for Trump in 2015, when he was running to be the Republican candidate. She was a press wrangler, before being hired by Melania. Grisham’s role as press secretary, which she held from June 2019 to April 2020, proved controversial, as she never actually held a public press briefing during her tenure (via CNN). She resigned from her roles with the Trump family last January, in the wake of the storming of the Capitol by Trump supporters and shortly before the inauguration of President Joe Biden (per USA Today). 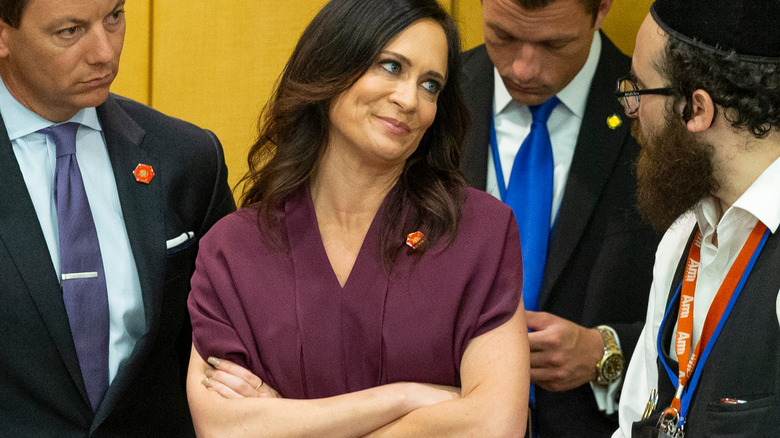 The book, reportedly titled “I’ll Take Your Questions Now,” is likely to feature Grisham’s thoughts on issues such as the Stormy Daniels scandal and its effects on the White House, and the other sexual misconduct allegations against Donald Trump, as well as Melania Trump’s feelings about her husband. According to a source who’s already read the book, Grisham “knows things no one else has been told … This is a first-person account from someone who heard and saw it all” (via CNN).

Of course, it’s not the first book to be published by a former Trump White House staffer. A former friend and advisor of Melania, Stephanie Winston Wolkoff, released “Melania and Me: The Rise and Fall of My Friendship with the First Lady” last September (via CNN), and then there’s “The Room Where It Happened,” a memoir from Trump’s former National Security Advisor John Bolton, which came out last June (via The New York Times).

If you or anyone you know has been a victim of sexual assault, help is available. Visit the Rape, Abuse & Incest National Network website or contact RAINN’s National Helpline at 1-800-656-HOPE (4673).