Home » Lifestyle » Why Johnny Depp was helped out of Birmingham hotel Why Johnny Depp was helped out of Birmingham hotel

Security escorted Johnny Depp out of a hotel Monday to protect him from the hordes of fans who have been following him since his trial ended last week.

Photos of the actor being guided out of the The Grand Hotel Birmingham in England holding a coffee mug went viral this week.

A source tells us his security team was keeping him safe and away from the “large crowds.”

“Everywhere he goes, he’s getting mobbed by fans,” our insider says.

In the snaps, the “Pirates of the Caribbean” star, 58, looked distressed while being walked out of the luxury hotel with one man holding onto his right arm and another standing closely behind them.

Depp was wearing a black-and-white checkered sport coat atop black jeans and black shoes, which he paired with a scarf, messy hair and aviator-style sunglasses. In his left hand was a ceramic coffee mug, though it’s unclear what — if anything — was in it. 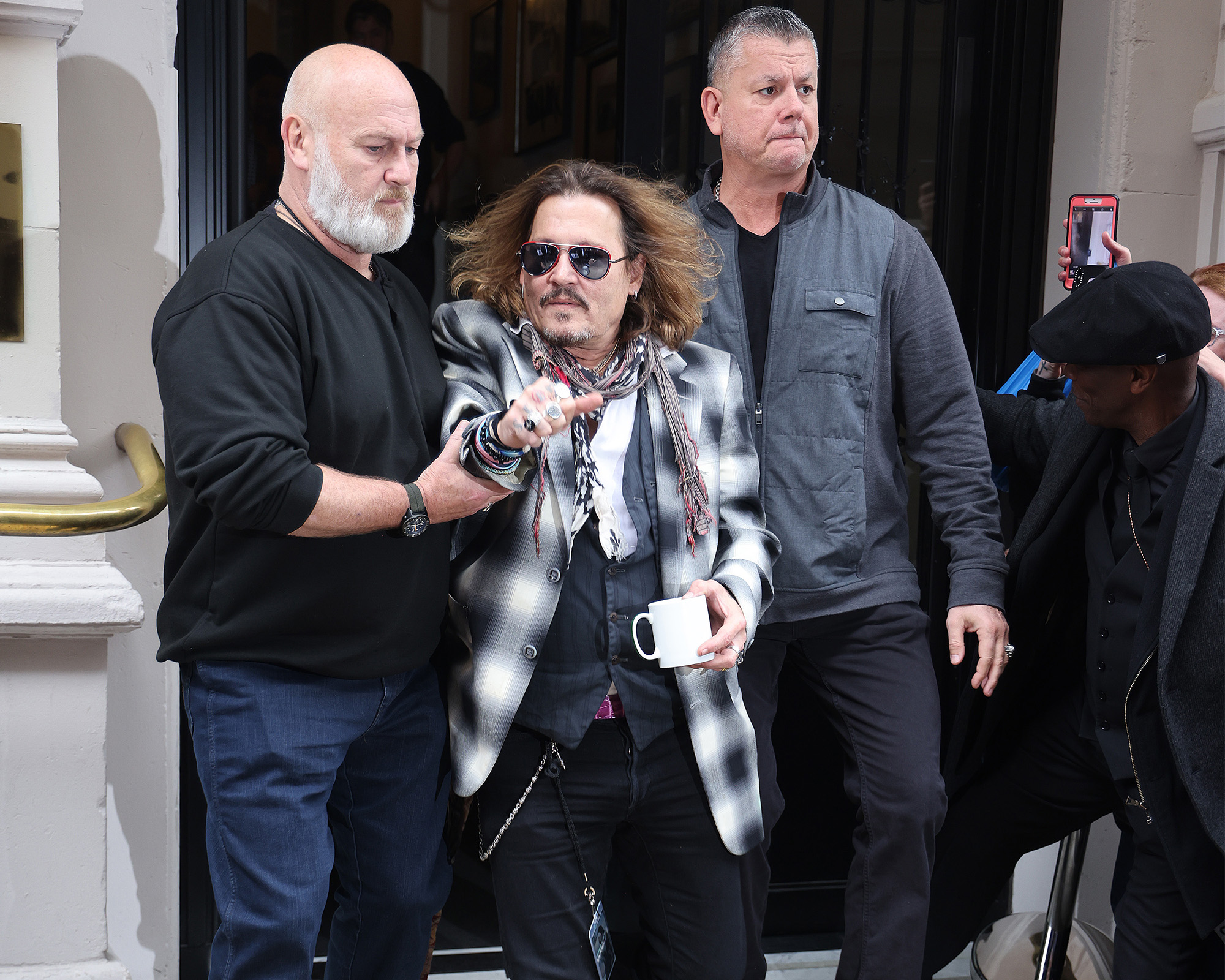 Hours prior to the sighting, the actor had dropped more than $62,000 (£50,000) on a lavish Indian feast fit for a legally victorious king and his posse of about 20. 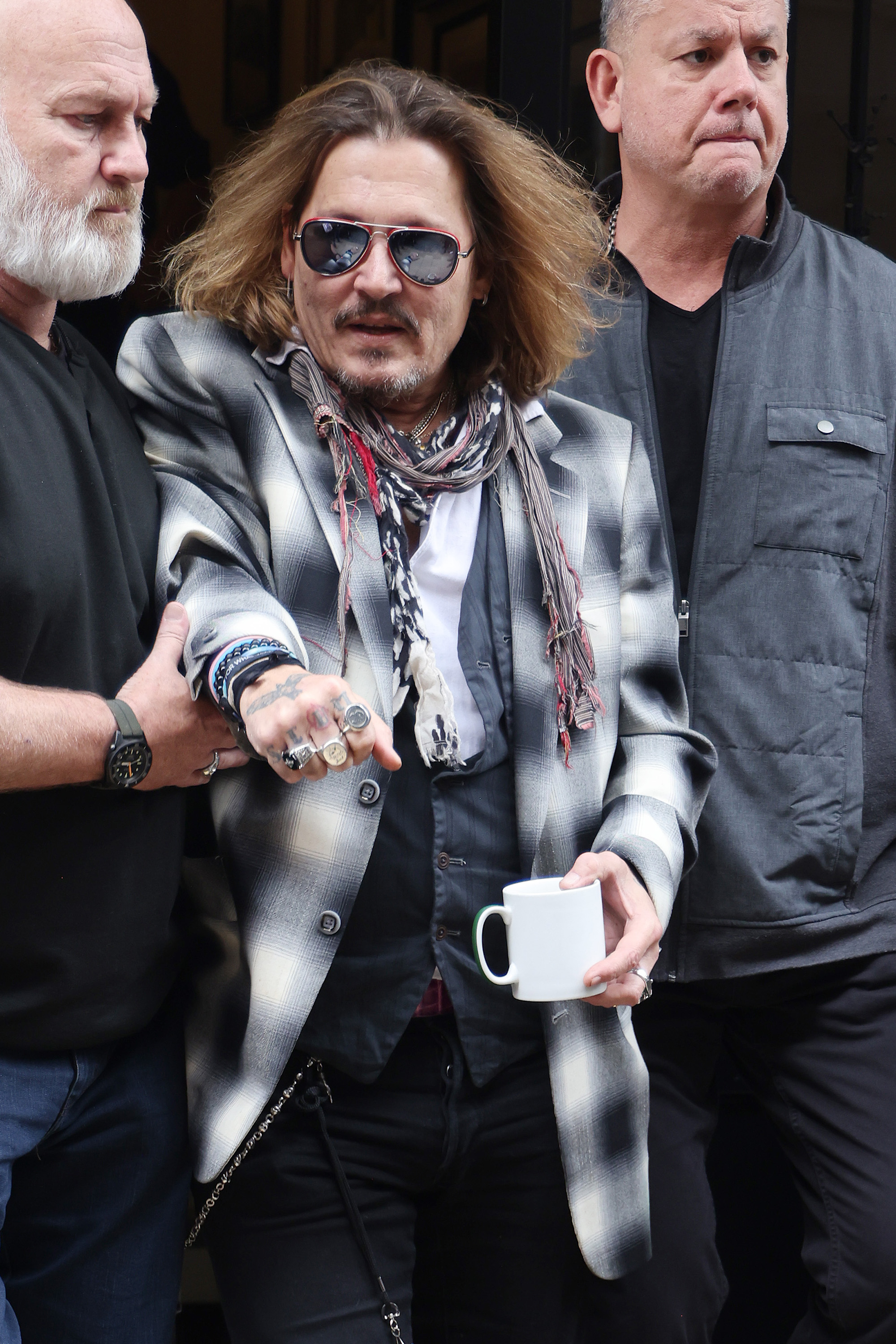 According to The Daily Mail, Depp and his entourage posed for photos with fans before making their way into the trendy eatery.

Among those who partook in the banquet was the “Edward Scissorhands” star’s friend and musical collaborator, Jeff Beck, 77. While in the United Kingdom, the actor has joined the rock guitarist onstage at several of his recent shows. 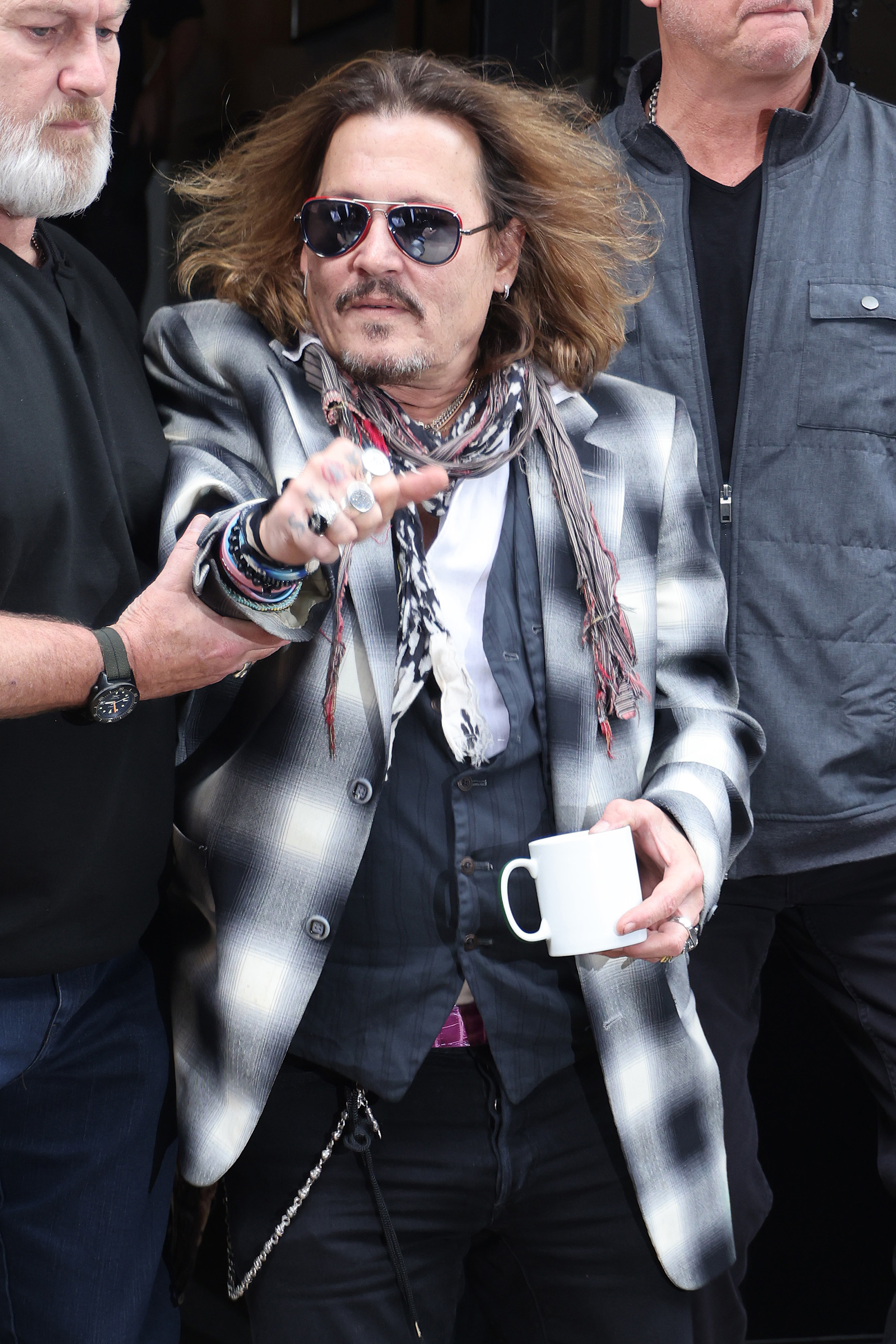 Since winning his massive defamation case against ex-wife Amber Heard last week — where he was awarded a $10.35 million judgment — Depp has been celebrating having his “life back.”

Just yesterday, he joined TikTok and posted his first video, in which he thanked his fans for their support and emphasized his desire to put the trial behind him. 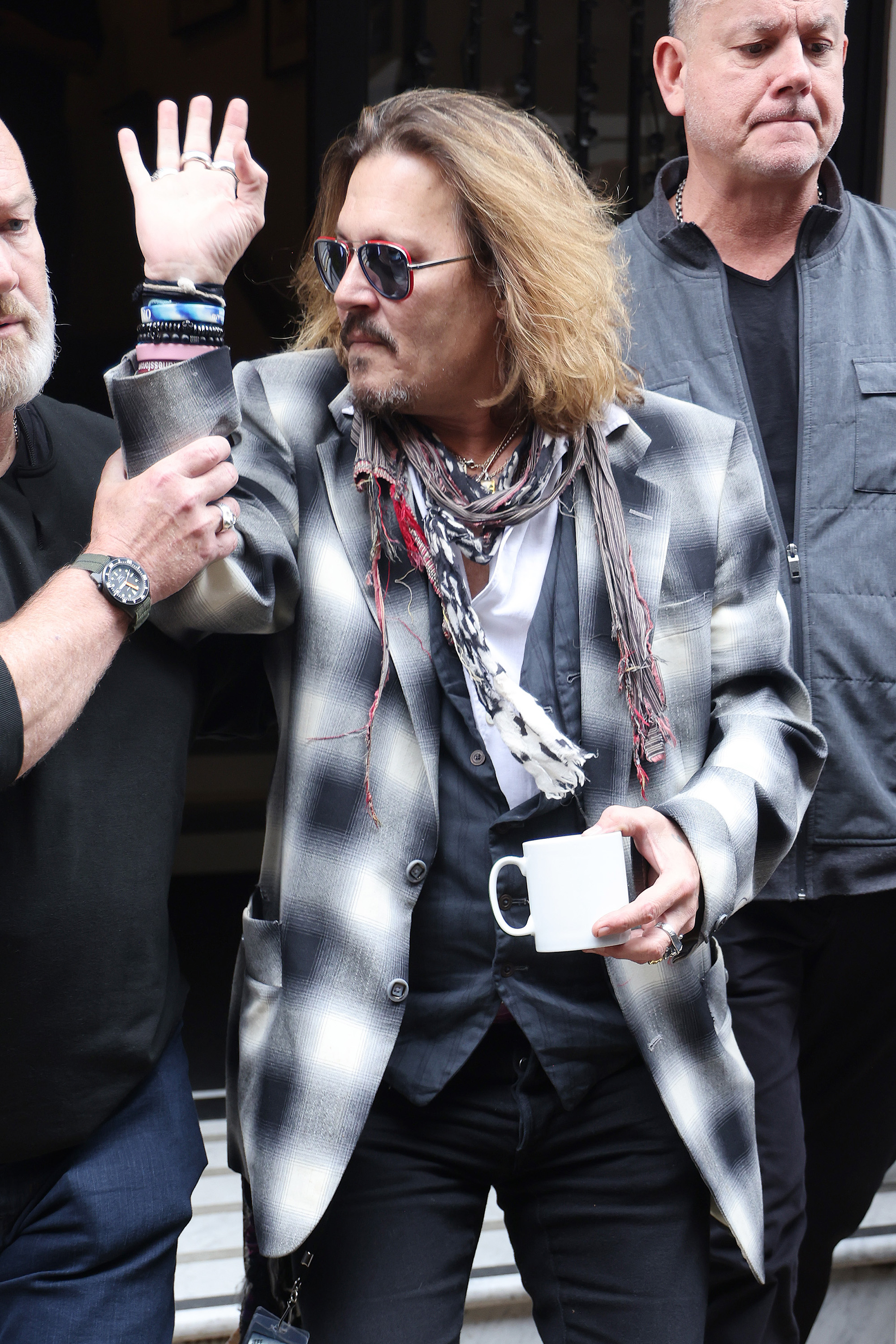 A spokesperson for the “Aquaman” actress, 36, responded to her ex’s debut TikTok video with a statement to People: “As Johnny Depp says he’s ‘moving forward,’ women’s rights are moving backward.”

Heard had accused Depp of domestic violence in a 2018 Washington Post op-ed that he insisted was false and defamatory.