Has the time come? Ellen Pompeo revealed why she has been pushing for Grey’s Anatomy to end after season 18 — despite receiving a big paycheck for her role on the drama.

Everything Ellen Pompeo Has Said About ‘Grey’s Anatomy’ Ending

“I’ve been trying to focus on convincing everybody that it should end,” the 52-year-old actress told Insider in an interview published on Saturday, December 18. “​I feel like I’m the super naive one who keeps saying, ‘But what’s the story going to be, what story are we going to tell?’”

The Massachusetts native, who has been playing Dr. Meredith Grey on the ABC series for 16 years, noted that no one else seems to be worried about the story lines. “Everyone’s like, ‘Who cares, Ellen? It makes a gazillion dollars,’” she added. 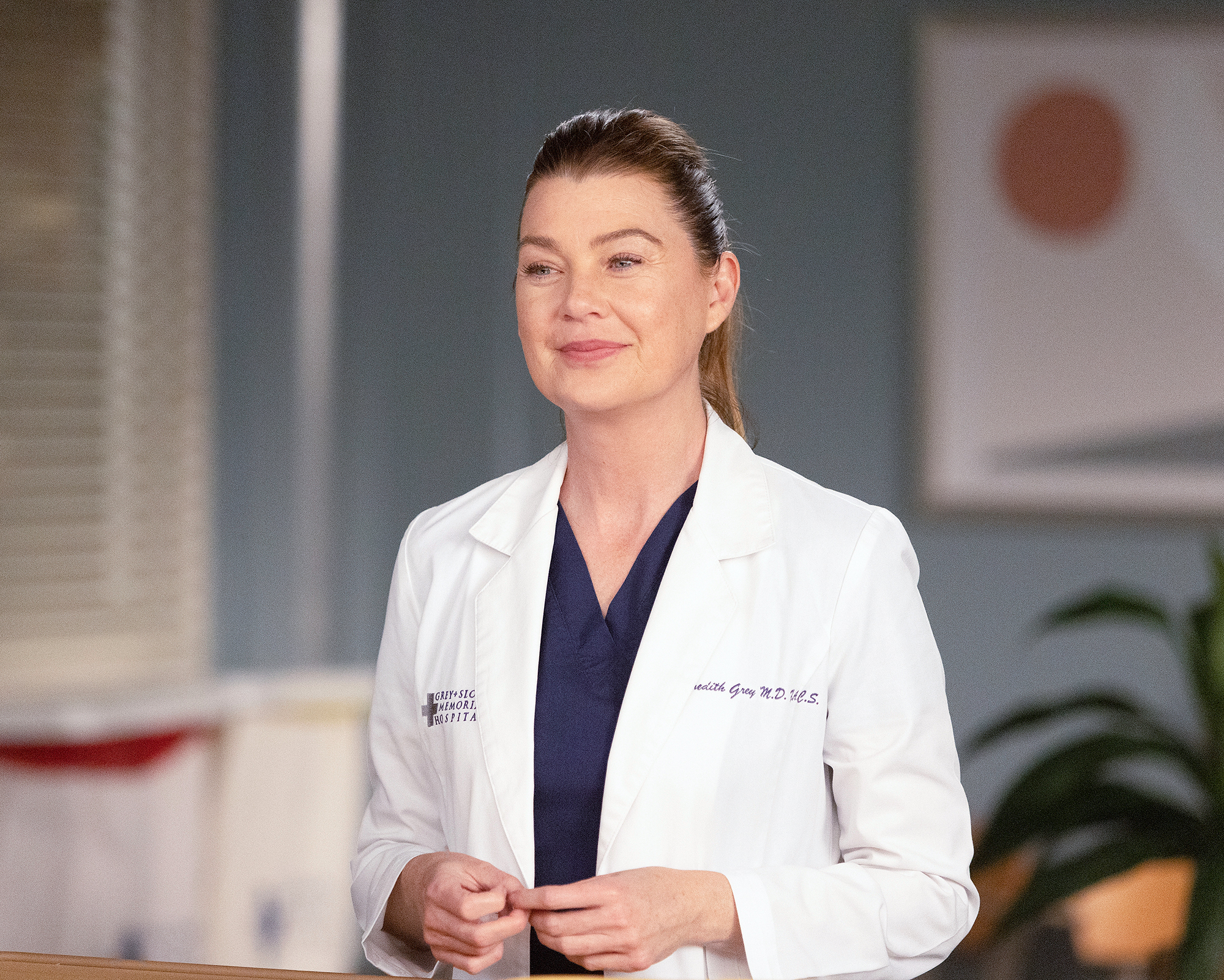 Pompeo, who is also a co-executive producer on the long-running series, noted that she is dedicated to telling stories that matter — especially when it comes to championing voices that are usually marginalized.

“I like to point out how many good people there are really working hard to try to make significant change in whatever areas they’re passionate about,” she explained, noting she does that both onscreen and on her podcast, “Tell Me With Ellen Pompeo.”

Over the years, the topic of how and when Grey’s Anatomy will come to an end has been talked about at great length. Creator Shonda Rhimes, for her part, revealed that she has plotted the series finale on multiple occasions, but the story lines were used in other capacities.

“I’ve written the end of that series, I want to say, a good eight times,” Rhimes, 51, told Variety in an interview published last month. “I was like, ‘And that will be the end!’ Or, ‘That’ll be the final thing that’s ever said or done!’ And all of those things have already happened. So I give up on that, you know what I mean?”

The Station 19 executive producer handed over the showrunning reins for Grey’s to executive producer Krista Vernoff several years ago, so she doesn’t know whether she’ll be the one to decide what the final scene is when the time comes.

“Am I the person who decides when the show is over? Yes,” Rhimes added. “And I take full responsibility for that when or if everybody gets mad at me.”

Pompeo exclusively told Us Weekly in May 2018 that both she and Rhimes will make the “decision together” as to when the medical drama will go off the air once and for all.

Over 100 Episodes! TV Hits That Made the Triple-Digit Milestone

“I think that one of the biggest lessons that this show has taught me and being on this show for so long has taught me, is that relationships do change. And they do grow. They take work,” she told Us at the time. “Like any marriage [or] friendship, you gotta put in the work. You have to accept other people’s flaws and accept your own flaws and try to change and be a better person. But I think everything is worth the time and effort. And things get better.”

While the end date has yet to be announced, Pompeo has made it clear in recent years that she plans to step back from acting once Grey’s wraps.

“I’m not saying I’ll never act again; I very well may, but I’m not super excited about continuing my acting career,” the Old School actress said during an August appearance on the “Ladies First With Laura Brown” podcast. “I’m more entrepreneurial at this stage. I’m excited about investing in businesses and starting [a] business. That’s an area of growth that I’m excited about, using my brain in a different way.”

What Is Coming to Hulu In January 2022? Find Out The Complete List Here!