Who’ll find love on our blind date? This week Phoebe, 36, admitted James, 42, was a good kisser after the pair shared a peck at the end of their date 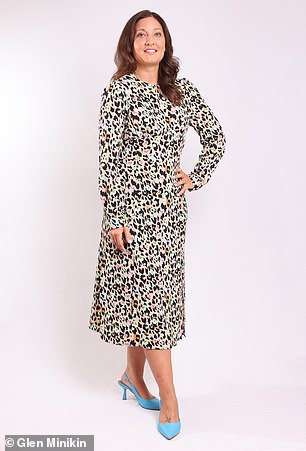 ‘The two-hour date turned into four and towards the end I said: “I’m going to be blunt, I don’t think you’re in the right mindset for a relationship”‘

I’ve only had two serious relationships. I met my ex-husband when I was 19 and we were together for eight years.

I was with my second partner for about 15 months and have only dated on and off since we split up.

I’m not a nervous person. I live off adrenaline, which is handy as I’d had no sleep for 36 hours after a flight delay.

Would like to meet: I’d love a man who makes my stomach hurt from laughing. He needs to understand sarcasm.

When he walked in, I thought: ‘Yep, he’s got a good body and he’s taller than me.’

At around 5ft 9in, I’d have liked him to be taller still.

He was wearing a black top and jeans and we both joked about not really knowing what to wear for a Sunday lunch date in a posh restaurant.

We greeted each other with a friendly peck on the cheek. It was a good start.

Easy To Talk To?

As we initially got to know each other, I asked questions about his family and whether he was Manchester-born.

But then James started talking about his job . . . and didn’t stop.

The two-hour date turned into four and towards the end I said: ‘I’m going to be blunt, I don’t think you’re in the right mindset for a relationship.

‘I think you’re focusing on your career. When would you find time to date?’

And he said: ‘Yeah, I think you could be right.’

LIKED? It was simply nice to meet someone and have a good chat

REGRETS? None, it was fun

Yes, a little bit. We were looking into each other’s eyes and did have a kiss at the end of the date, which was lovely.

He was a good kisser. But I think we both knew we weren’t right for one another.

What do you think he thought of you?

I hope he found me attractive. He kept dropping his surname into the conversation.

Perhaps that was his way of telling me how to find him on social media but he didn’t ask for my details.

They all talk as much as me, so it is easy to chat. But they’re all football mad and he hates football. 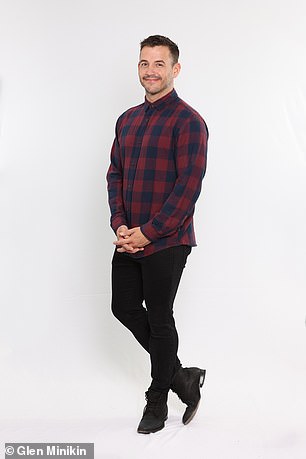 ‘Phoebe had made an effort with jeans and a blazer. We had a peck on the cheek at the start, but I knew it wouldn’t be going further’

I’ve had relationships that have lasted about three years.

After the last one I decided I needed some time to focus on my life, mindset — and sorting out some debts.

That has turned into five years of singledom, but I would like to meet someone now.

Would like to meet: I like a woman who looks after herself, is strong-minded, driven and knows what she wants out of life

Only the normal sort of nerves that everyone gets before a date.

I knew pretty much on first sight Phoebe wasn’t my type physically, but she seemed nice.

She was a bit tall for me.

Phoebe had made an effort with jeans and a blazer.

We had a peck on the cheek at the start, but I knew it wouldn’t be going further.

Easy To Talk To?

Very easy. Phoebe is quite blunt and speaks her mind, which I like. I’m a bit like that too as I have to be honest in my job as a personal trainer.

She’s observant because she made me realise that, actually, I’m not ready to commit to another relationship just yet.

I’ve been so busy building up my business and I still need to focus on that.

We talked about exercise, too. She’s not into the gym which I’d find difficult with a partner.

LIKED? I loved the restaurant and the whole experience

It would make things a bit awkward if she didn’t understand how much time I spend there.

None at all. There were no weird silences.

Not for me but I think she may have found me attractive. We did a bit of flirting but then we were both drinking — and I haven’t had an alcoholic drink for four weeks as I’m training for a marathon.

No. We didn’t swap numbers or anything like that. I have enough friends and don’t need any more. But we had a good time and I enjoyed it.

What do you think she thought of you?

I think she was probably more attracted to me than I was to her, but then I think she’s ready to settle down with someone who has a different mindset to me.

They would like her as a person. She’s friendly and chatty but they would know she’s not right for me.

Kate Ferdinand opens up on miscarriage: Its hard to grieve a loss no-one can see

Horrifying New Details In Case Of Mom Found Dead After Scary Message To Daughter – Could It Be A Serial Killer?!
Recent Posts