Home » Lifestyle » When is the final episode of Neighbours? When is the final episode of Neighbours? 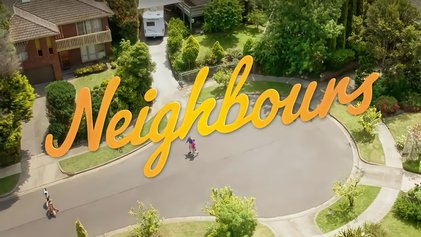 Australian soap opera Neighbours has blessed our screens for 37 years since its 1985 debut.

The hit soap, which has aired on BBC One and Channel 5 during its epic run, has made stars out of Kylie Minogue, Russell Crowe, Liam Hemsworth, Natalie Imbruglia and Margot Robbie.

Alas, all good things must come to an end (why?) – and Neighbours will soon be vanishing from our screens for good, after the soap was shocking axed in March 2022.

It’s not quite over yet though, with episodes still to air and a surely memorable finale en route.

So, when is Neighbours coming to an end?

When is the final episode of Neighbours?

Production of Neighbours will conclude in June 2022, it has been confirmed. Meaning there isn’t much left to shoot at all.

Die-hard fans of Ramsay Street should prepare themselves for an emotional summer.

Do we know how Neighbours will end yet?

The soap’s producers and writers haven’t revealed exactly what they’ve planned for the finale.

Though Erinsborough icons Kylie Minogue and Jason Donovan are expected to return for the last ever episode – making it truly a ‘fairytale’ ending for fans and long-term viewers.

Aussie newspaper Herald Sun reported that the legends – unforgettable as couple Charlene and Scott – were recently spotted filming scenes at a location in a Melbourne suburb.

We also know that Neighbours won’t be going out ‘with a bang’.

Despite theories to the contrary, Neighbours producers have said they won’t be blowing up their beloved Ramsay Street in an explosion.

Speaking to TV Tonight, executive producer Jason Herbison said: ‘I would never ever blow it up. The ending will be a celebration of the past and the present, with the door very much left open for a future.

‘Ramsay Street is eternal and I like to think it will live on in the hearts and minds of the viewers, long after the final scene.’

He added that the show’s writers are still working out the finer details of the finale.

Why is Neighbours coming to an end?

Unfortunately, finances appear to be the reason for the show’s departure from the airwaves.

Back in February 2022, it was revealed that Channel 5 had made the decision to drop the show.

In a statement at the time, the channel said it would cease to air it from summer, adding: ‘It’s been a much-loved part of our schedule for more than a decade, and we’d like to thank the cast, Fremantle and all of the production team for their fantastic work on this iconic series.’

But on March 3, the official Neighbours Twitter account confirmed that the bid to keep the show going was sadly unsuccessful.