The drunkest moments from past Golden Globes awards ceremonies

Jason Sudeikis on Globes hoodie: ‘I was neither high nor heartbroken’

With all of the nominees opting to sit out the 2022 Golden Globes this year, here’s a look at what they spent the day doing instead of primping for their big night.

Lady Gaga, who was nominated for best actress in a motion picture drama for her role in “House of Gucci” posted about getting her booster shot the day of the Globes.

“double vaxed + boosted…don’t 4get to still wear a mask this sh*ts contagious 💋☠️,” she wrote on Instagram along with a photo of herself holding up a mask.

Rachel Zegler, nominated for best actress in a musical or comedy for her part as Maria in “West Side Story,” shared that she was “in the middle of a breakdown” the night before the show. She posted another snap with a plate of pasta to her Instagram Story, writing, “gorgeous gorgeous girls have bolognese in bed when they are overwhelmed.”

“Only Murders in the Building” star Selena Gomez took to Instagram on Sunday to share her open letter to the Rare Beauty team while dressed in sweatpants. 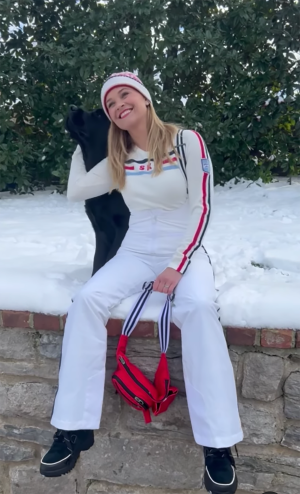 “Dune” star Zendaya had her focus on the Season 3 premiere of ‘Euphoria, telling fans on social media that she show is for “mature audiences.”

Reese Witherspoon, who stars in “The Morning show,” which was nominated for Best Television Series, Drama, also steered clear of the award show and promoted her clothing brand Draper James’ new snow gear on her IG on Sunday. 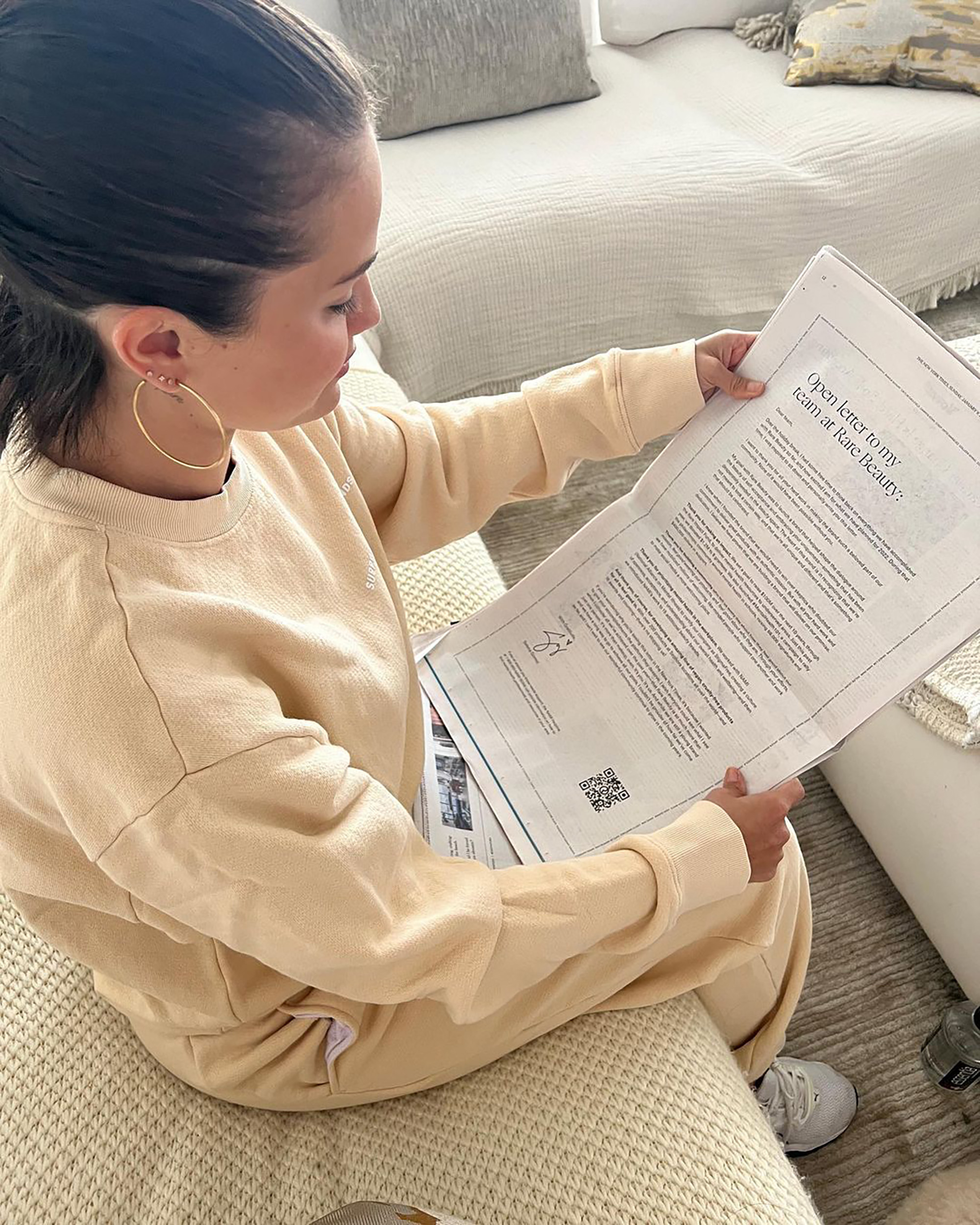 The Golden Globes looked a little different this year. As Page Six Style reported, plans to have a red carpet for the show were scrapped.

Additionally, NBC, the network that has historically aired the Golden Globes, announced last may that they would no longer be televising the awards in 2020, protesting the HFPA’s need for “meaningful reform.”

“Change of this magnitude takes time and work, and we feel strongly that the HFPA needs time to do it right,” the network said in a statement at the time. “Assuming the organization executes on its plan, we are hopeful we will be in a position to air the show in January 2023.”

The HFPA was under hot water last February after the LA Times reported that the then-87-person group included no black members. The paper also accused the HFPA of creating a “culture of corruption” ride with “ethical lapses.”

Since the report, several stars have renounced the org. Scarlett Johannson, who has received five Globe nominations, called for a boycott.

“Unless there is necessary fundamental reform within the organization, I believe it is time that we take a step back from the HFPA,” she said at the time. She also slammed the HFPA as “an organization that was legitimized by the likes of Harvey Weinstein to amass momentum for Academy recognition.”

Additionally, Tom Cruise returned his three statuettes from the HFPA in protest.

Since the exposè, the HFPA shook up their committee, installing a new board of directors made up of two-thirds of women and one-third of people of color. And in October 2021, it also admitted 21 new members, six of whom are black.

“Over the last eight months, the HFPA has completely overhauled its bylaws, implementing sweeping changes from top to bottom addressing ethics and code of conduct, diversity, equity and inclusion, governance, membership and more,” the org said in a press release last December.

Despite having no audience, no air time, no red carpet, and no hype, winners were announced Sunday evening.