Home buyers should expect higher interest rates, Reserve Bank Governor Philip Lowe has warned, as the bank will do whatever it takes to get inflation back within its target range.

Lowe admitted in a rare interview that the RBA expects inflation to hit 7 per cent by December, well above the 6 per cent forecast by the bank just weeks ago. 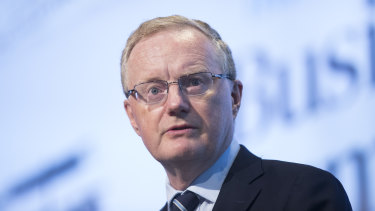 “I think by the end of the year inflation will get too close to 7 per cent, and we need to chart a course to bring it back down.”

The last time inflation rose more than 7 per cent was in the mid-1990s, as the country was entering a recession and the RBA was cutting the cash rate from 17 per cent in response.

This year, inflation has risen amid global supply chain pressures due in part to the war in Ukraine and COVID-19 lockdowns in China, while the unemployment rate has fallen to near 50-year lows and wages have begun to lift.

Lowe said the current strength of the Australian economy meant it no longer needed emergency interest rate settings. As a result, the RBA board has raised interest rates twice in the past two meetings, taking the official cash rate from its pandemic low of 0.1 per cent to 0.85 per cent. It has flagged more rate rises will come as it works to bring inflation back down.

The RBA governor said he expected a more normal cash rate to sit about 2.5 per cent, but said he could not predict how swiftly the bank would move to get it there. He said it would be determined by the data the board had at its disposal every month.

“At each of our meetings we’ll be deciding how fast we need to go and indeed, how far we need to go,” he said.

The RBA had spent a lot of time looking at data to see how households were coping with the rate rises, Lowe said, as banks passed on the cash rate hike to mortgage holders and as prices for food and petrol also rose with inflation.

While the broader economy was resilient, with high levels of savings, he said the bank already knew some households were finding it difficult.

“In the end of the day, though, our responsibility is a national one: we want to make sure the inflation is low and stable, the country gets to full employment, the financial stability of the country is preserved,” he said.

“Against that big picture … [we] understand that it’s not easy for many people at the moment.”

The RBA is also reviewing its response to the pandemic, which not only saw it cut interest rates to record lows, but also spend more than $300 billion on a quantitative easing program in a bid to keep money flowing through the federal and state governments during the pandemic downturn.

In the dark early days of the pandemic, Lowe said there were credible predictions there would be tens of thousands of deaths, hospitals would be overrun, and the jobless rate would hit 15 per cent.

“We were looking into the chasm that was very scary. We wanted to build a bridge to the other side,” Lowe said.

“My view is that broadly the country got it right. We were facing incredibly scary, damaging times. We took out a lot of insurance. I think it was the right thing to do, but I accept that others will have a different view.”

The RBA was committed to learning from its experiences, he said, and was looking at that through a series of reviews of its response to the pandemic, which would be published in coming months.