Home » Lifestyle » We Can’t Talk About COVID-19, Elections Without Talking About Universal Healthcare We Can’t Talk About COVID-19, Elections Without Talking About Universal Healthcare

Many working class people have been hit with surprise COVID-19 bills from their health insurers ranging from $50-$2000+ for testing, when it should be free, and $7,000-$38,000+ for treatment—higher if you have no health insurance at all.

Trump (predictably) has COVID-19 and it’s time we all address the elephant in the room.

Where is the urgent, national dialogue on universal healthcare? And, why aren’t candidates, especially presidential candidates, and political pundits talking about it, right now?

To date, over 212,000 Americans — disproportionately Black and Native American people —  have unnecessarily died from COVID-19 since March, while over 7.5 million Americans have become infected with the SARS-CoV-2 virus, disrupting not only the global economy, but the lives of each and every American, their families and friends, their coworkers, schoolmates, and neighbors.

Many Black Americans are literally hanging on to their livelihoods, worried at every turn whether they will get sick, lose their job, lose their home, and/or lose their life due to coronavirus. Yet, during these last two debates not one presidential or vice presidential candidate has been courageous enough to bluntly state that what Americans direly need right now to ride out the pandemic is guaranteed medical coverage and care to ensure that, no matter what, none of us will go bankrupt from medical bills if or when we or a loved one catches it next or again.

Instead, we are, at worst, mocked for wearing masks, staying home if we can, abstaining from large gatherings, and keeping a vigilant 6-feet of physical distance. At best, we are gaslit with the magic bullets of contract tracing, testing, and an elusive vaccine, which will honestly take years, if not decades, to develop; many Black Americans are justifiably distrustful of; and, driven by the private sector, one can only imagine the final price tag to receive it once a viable treatment is available. Meaning COVID-19 will be with us for a while, what we knew as “normal” is gone (GONE, people, GONE), and we should be openly and loudly talking about the most realistic option staring us right in the face — guarantee every American the same base level of health care that Donald Trump is eligible to receive, immediately.

Many Black Americans are literally hanging on to their livelihoods, worried at every turn whether they will get sick, lose their job, lose their home, and/or lose their life due to coronavirus.

Unlike you and me, the president, vice president, and their families are provided free (read: taxpayer-funded) health care through the White House Medical Unit. They also can receive as much medical treatment as they would like, when they would like, at any military hospital (again, read: taxpayer-funded) without the worry of a copay or ever receiving a post-treatment medical bill at the end.

That is why when Trump, who has routinely dismissed the pandemic — calling it a hoax — and hosted numerous superspreader events, felt a tingle in his throat, he was swiftly tested, diagnosed with COVID-19, and provided the type of prompt medical care that every single American can and should be afforded. (And, then some.)

And, it’s not just the Trumps or Pences, who have the undue privilege of phenomenal and/or free medical care.

In addition to 34 White House staffers contracting COVID-19 per an internal FEMA memo, at least 20 Congresspeople, predominantly Republicans, and over 100 of their staff have also tested positive, with many other Congresspeople quarantining after coming into contact with them. While medical care isn’t free for members of Congress, they are eligible for gold-level health insurance plans with a lot of perks that cover a guaranteed 72 percent of the cost of the premiums at minimum as well as free or low-cost care through the Office of the Attending Physician on Capitol Hill and, similar to the President, free medical outpatient care at military facilities. 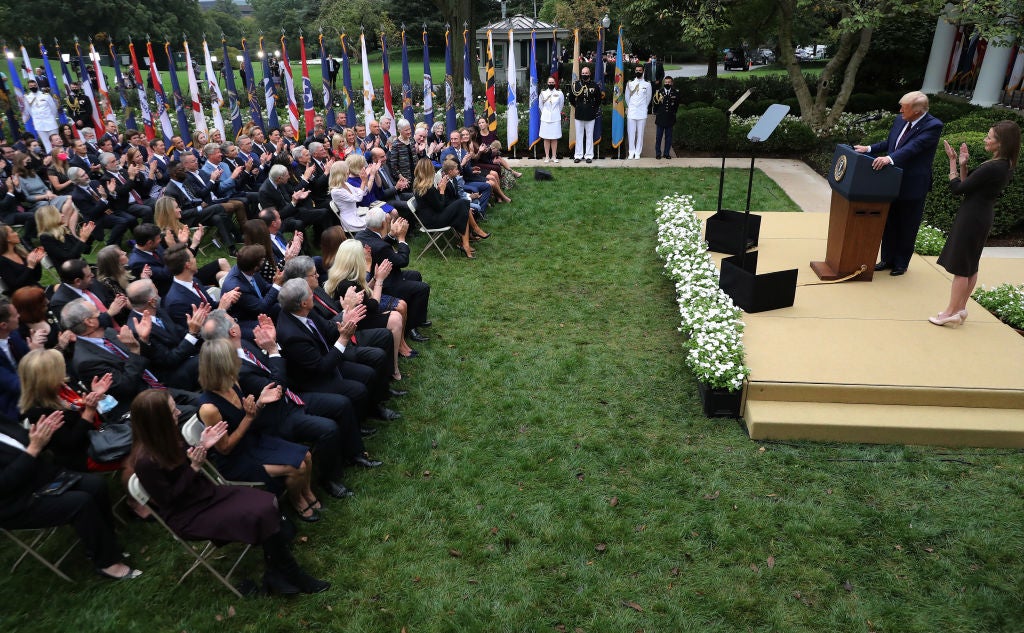 Aside from the halls of Congress, it wasn’t too long ago — although the first half of the year feels so distant now — that we all noticed how much easier it was for wealthy people, athletes, actors and other celebrities and influential people to get tested, quickly and often, and receive medical care if they were COVID-19 positive. They were able to leverage their access, influence, and wealth to skip lines, get first dibs on limited testing supply, and hire concierge doctors.

Meanwhile, initially, the average American couldn’t even get a test and was often sent home repeatedly even if they displayed COVID-19 symptoms. As the number of testing sites and hospital capacity have slowly increased, many working class people have been hit with surprise bills from their health insurers ranging from $50-$2000+ for testing, when it should be free, and $7,000-$38,000+ for treatment; higher if you have no health insurance at all. But, is this really all that surprising?

In a nation dominated by private, for-profit healthcare where who is more likely to receive medical care and who is more likely to die correlate strongly — and intentionally — with race and class, these are expected, albeit avoidable, outcomes. (It’s also wildly hypocritical that American politicians, both at the federal- and state-levels, have constantly denied Americans universal healthcare saying it’d be too expensive, yet seem to have no problem using taxpayer dollars, throughout history, to forcibly sterilize and experiment on human beings, mainly the Black and Brown kind.)

However, it doesn’t have to be this way.

Alongside social democrats in Congress, the Working Families Party (WFP) released on Thursday the “People’s Charter,” a proposal that calls for, among other things, making health care free and universal for all Americans and taking hospital and health insurance profits out of the equation. The WFP hopes their proposal will guide and pressure candidates running for office, namely Joe Biden and Kamala Harris, to stand up, name and become champions for the progressive policies we need to navigate our new COVID-19 normal.

The Electoral Project of the Movement for Black Lives also released the BREATHE Act in July, which in addition to voicing their strong support for Medicare For All in the proposal, called for monies to be divested from policing and other punitive public safety measures and reallocated towards programs that incentivize health equity, expand reproductive services and other forms of healthcare access, etc.

Instead of huddling to the right and trying to curry favor (and donations) from pharmaceutical companies, health care facilities, and health insurance companies by denying the necessity of universal health care to hundreds of millions of Americans, our politicians can and should be using the models that already exist at the federal level and the transformative policy proposals that have been provided to them to catch us up to the rest of the world and provide us all with the medical care that we need.

And, if we’re being honest with ourselves, COVID-19 isn’t really giving us much of a choice in the matter anyway.

J. Ama Mantey, Ph.D. is a biomedical scientist and freelance writer based in Fort Worth, TX. A proud two-time HBCU alumna, she writes about the intersections of race, science, technology, public health and the environment. Follow her on Twitter at @The_Black_Jane.

How to handle college loan debt as an unemployed graduate