Home » Lifestyle » Victoria ain’t what it used to be, and this state election will prove it Victoria ain’t what it used to be, and this state election will prove it

They don’t make state elections like they used to. For a long time, elections in Victoria were pretty straightforward affairs. Voters in Melbourne’s inner city, north and west voted Labor. Save for a few decisive marginal seats, most of the people in the eastern and bayside suburbs and the big regional cities voted Liberal. The rest of Victoria was divvied up between the Nationals and the Liberals. Statewide opinion polls were a reasonable guide to the likely result.

Those verities are old hat. The state is a much more complex place today, and its political landscape possesses a richer variety of textures. With each election, more and more parts of the state are becoming electorally contestable. In the inner city, the Greens’ march to replace the ALP is well progressed, with further victories in sight. The older middle-class parts of Melbourne once regarded as safe for the Liberals are under siege from independents and Labor. 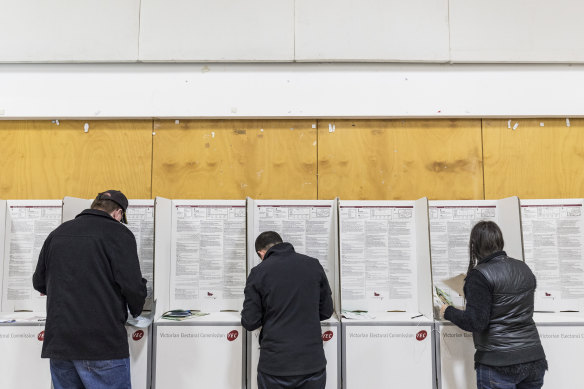 With each election, more parts of Victoria are becoming electorally contestable.Credit:Chris Hopkins

As a consequence, election campaigns are getting harder for Labor and the Liberals to manage. Building a state campaign effort on a single slogan or theme produces diminishing returns, hence the plethora of policy announcements aimed at satisfying specific subsets of suburbia and the workforce. There’s still a month to go until election day and things could change, but it seems there are a number of little election campaigns going on.

Major party identification on the candidates’ literature is also falling away; all too often you need a microscope to find it on their ads and the promotional cards stuffed into your letterbox. Clearly, the research, supported by past election results, is showing that the party brands aren’t travelling too well.

Why all the change? Those pre-pandemic years of Melbourne being the fastest-growing city in the country, which reshaped and extended the suburban sprawl, played a big role. Add more people in large numbers, with their hopes and desires – and their expectations when it comes to housing, employment and services – and the society’s political complexion is bound to be transformed.

Add the pandemic, an extended historic shock at every level of society but especially for those at the bottom rungs of the economic ladder, and you have a potentially combustible mix. The restrictions have gone but COVID-19 lingers, continuing to take lives. As far as the pandemic is concerned, many Victorians appear variously bewildered, uncertain, angry, or desperate to get away from it. 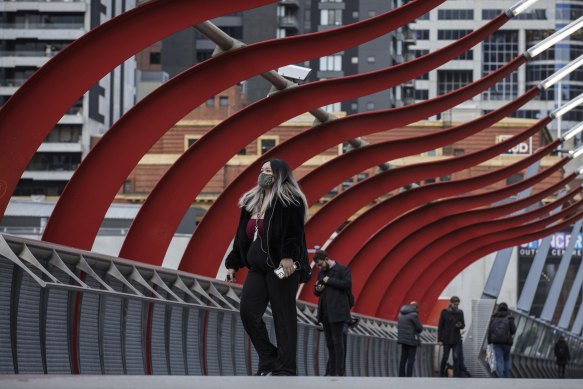 This factor, combined with the increasing pressures on the cost of living, makes the public’s response to the election campaign difficult to read. A wide range of outcomes are possible. Some government MPs make the same assumption. What happened in the growth areas in Melbourne’s outer north, west and south-east at the federal election must surely give the Labor Party pause. In the Labor-held seats of Scullin, Lalor, Calwell, Holt and Gorton, the ALP primary vote fell by between 7.4 and 14.1 per cent. They’re big numbers. Bear in mind, Labor was in opposition, not in government at that election, so why the desertion?

The longstanding truism that voters distinguish between state and federal elections got a bit shaky this year, given how much state and federal responsibilities became intertwined during the pandemic. Were these voters lashing out at the Victorian government?

Surely between now and November 26, the cost of living will overwhelm all other issues. Promises to build infrastructure – hospitals and roads and schools – are necessary and good as far as they go, but they won’t do anything for voters in the here and now.

Premier Daniel Andrews last week launched a big bang policy to try to pull together living costs – specifically, energy prices – and Labor’s green credentials with his pledge to recreate the State Electricity Commission and commit to a more ambitious carbon reduction target. Just how it would work isn’t clear. The tie-up between government and private sector investors looks unwieldy, and it would take years to get up and running. But its politics were pretty smart. Most voters don’t like privatisation of vital services and the idea was an attention-grabber.

All the same, it didn’t offer instant relief. After the trauma of lockdowns, Victorians enjoyed a brief period of economic buoyancy, then inflation and interest rate hikes, and now the federal government is talking cuts and tougher financial times.

Offered the choice, you’d rather be Andrews than his direct opponent. Matthew Guy battles on, trying to atone for the disaster of 2018. But the Liberal brand is in a parlous condition in Victoria. Of the 21 lower house seats notionally held by the Liberal Party after the recent electoral redistribution, 16 are sitting on a margin of less than 5 per cent. Guy has to fight on many fronts.

Who knows, given the uncertainties that lie ahead, it might be a good election to lose.

The Opinion newsletter is a weekly wrap of views that will challenge, champion and inform your own. Sign up here.