Happily ever after? Miranda Rae Mayo is ready for fans to see Chicago Fire’s season 10 finale — even if the wedding between Stella Kidd and Kelly Severide doesn’t go as planned.

“We may or may not be getting married,” the 31-year-old actress teased in Us Weekly’s exclusive clip from the set of the wedding-focused finale.

The California native, who joined the NBC drama during season 4 in 2016 as Stella Kidd, hinted that her character’s evolution is something that may surprise fans.

“I think what’s really fun is that Kidd the whole time was like, ‘I don’t need a ring. I don’t need a wedding.’ And then, as we see our couple get closer and closer to the moment, she becomes more and more invested in an actual wedding,” Mayo revealed in the teaser ahead of the explosive finale. “It’s hysterical.” 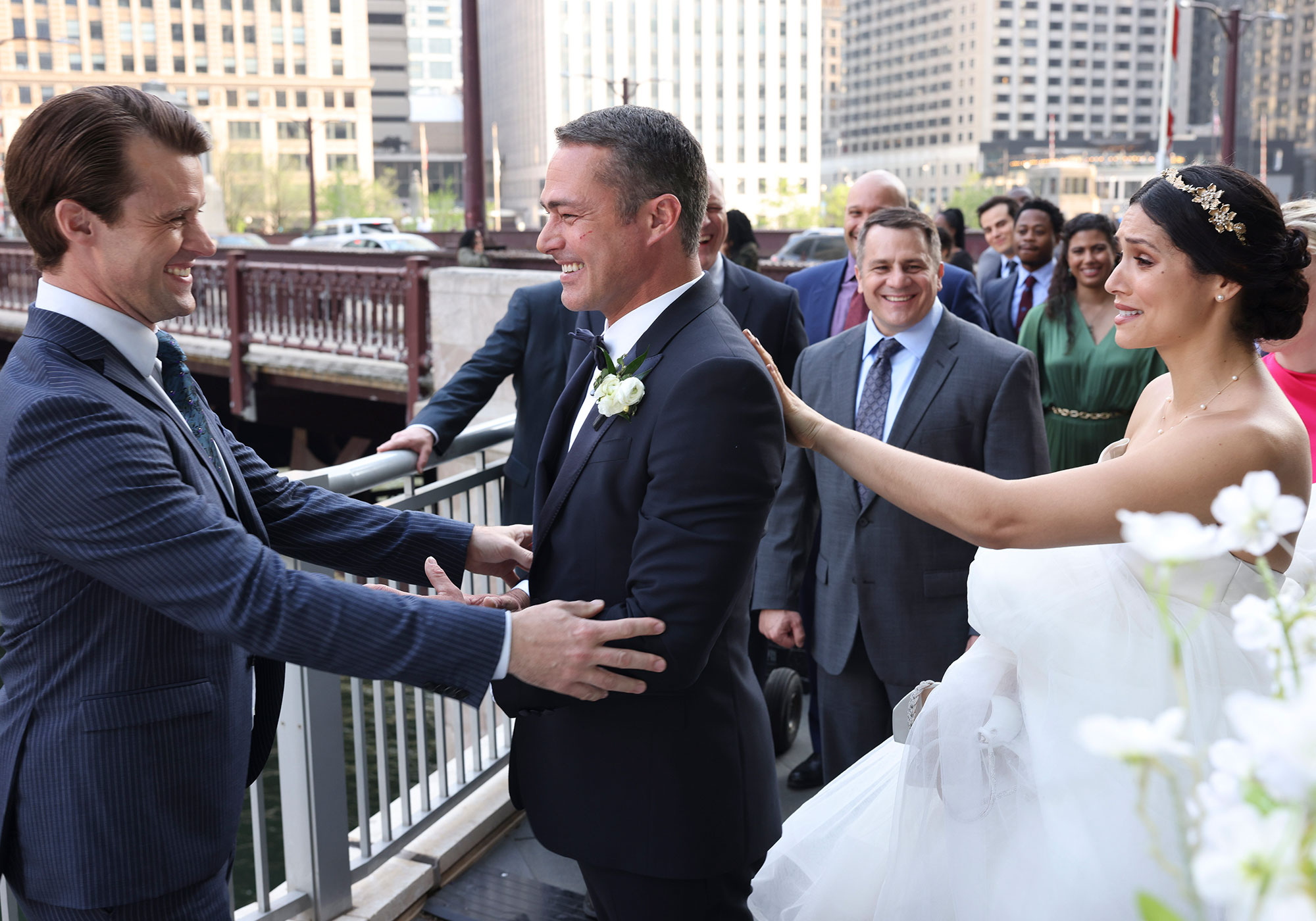 Kidd and Severide (Taylor Kinney) have been waiting a long time to say “I do,” after Severide popped the question during season 9 — while the duo was standing in a burning building.

Earlier this season, however, the TV duo’s ups and downs made some viewers nervous that they may not make it down the aisle. Severide’s recent brush with a drug gang ultimately led to him suggesting the pair get married in one week instead of waiting four more months.

One Chicago: A Guide to How Dick Wolf Characters Are Related

The actual ceremony, however, may not be as seamless as viewers are hoping for. “Kidd is very superstitious,” Mayo revealed in the preview clip, noting that it’s going to be “fun” to see how fans react to Kidd’s newly found excitement over her big day.

Kinney, for his part, previously told Us just how “special” it was to film the highly anticipated nuptials, explaining that it took a lot of work and planning.

“It was a family affair. It was a big event,” the 40-year-old actor, who has been playing Squad 3’s lieutenant since the show’s 2012 start, exclusively told Us on May 16.

All the Most Memorable One Chicago Couples

The Pennsylvania native teased that there will be “plot twists,” but reassured viewers that they will “love it.”

Kinney noted that the return of Jesse Spencer’s Matt Casey, who will serve as Severide’s best man, is something fans won’t want to miss. Spencer, 43, exited the drama in October 2021 midway through season 10.

Last month, the Chicago Fire bosses confirmed Spencer’s comeback as the former captain of Truck 81 for the finale episode. According to Us’ exclusive first look photo from the show, he makes it in time to see Severide in his tuxedo and Kidd in her wedding gown.

Will Smith hallucinated his career would be destroyed BEFORE Oscars