Not cool! Ariana Madix opened up about why she called out Lala Kent after she posted a throwback photo with their former Vanderpump Rules costars ahead of the season 9 premiere last month.

“The thing about that bothered me about that was that it was the premiere night. I was like, post it on another day,” Madix, 36, exclusively told Us Weekly on Monday, October 18, about the pre-season drama between her and Kent, 31. “Like, I love those girls. It’s no slight towards them at all. And I totally understand, like, posting a picture with your friends. My issue was that it’s premiere night, and it felt a little bit like a slap in the face to Bravo evolution.” 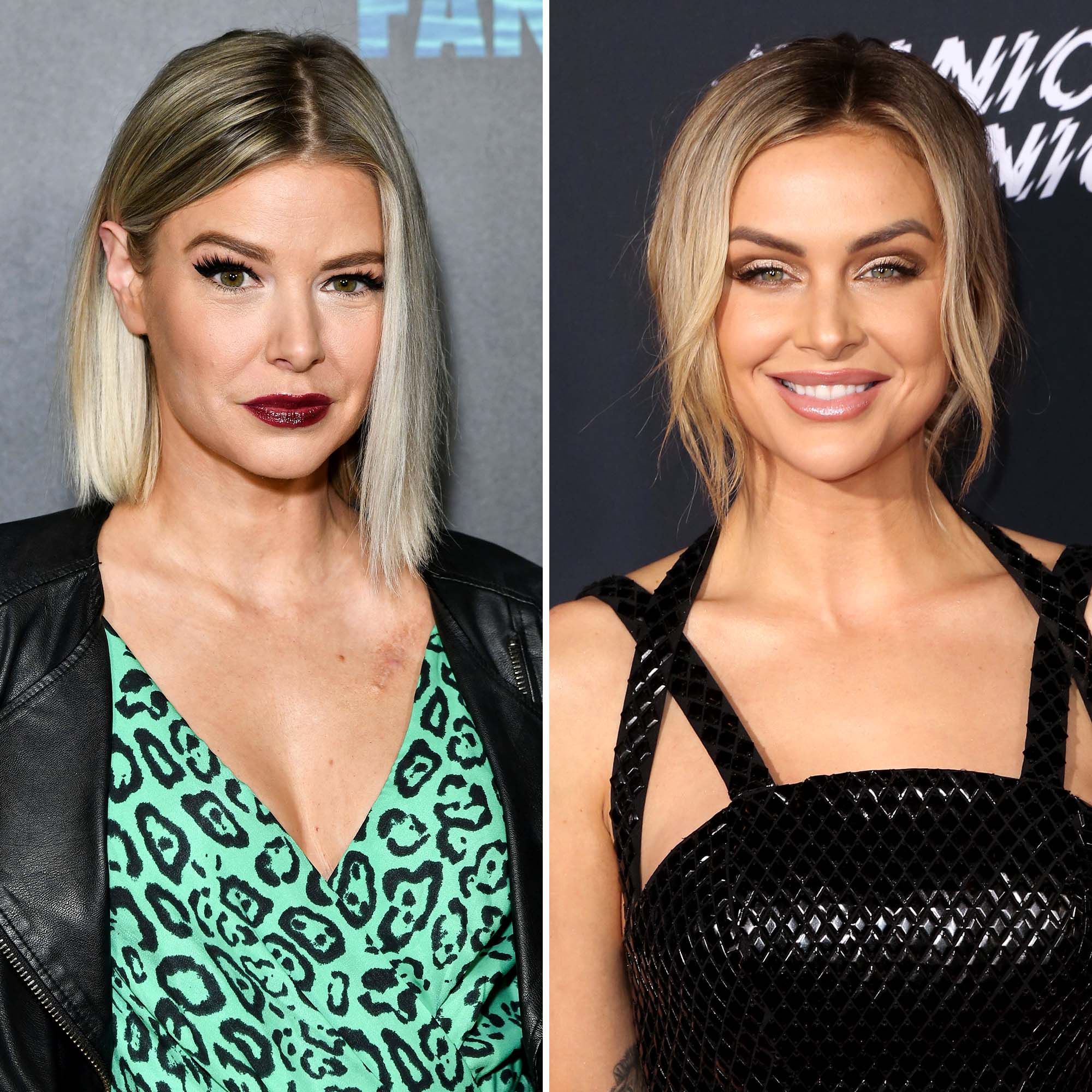 The Florida native explained that the picture, which featured Kent standing beside Katie Maloney and former castmates Stassi Schroeder and Kristen Doute, derailed the progress the current cast has made in the wake of scandal. (Schroeder, 33, and Doute, 38, were fired from the series in June 2020 when their racially insensitive comments about former costar Faith Stowers resurfaced.)

Madix noted that “the [current] cast of the show [were] all trying to have a really wonderful premiere night and have the audience be excited about the new season. It wasn’t [even] a personal issue. It just felt like it was bad business.”

Last month, Kent posted the snap of the four OG Vanderpump Rules stars dressed in matching black outfits, but then deleted it after Madix made a comment about it.

‘Vanderpump Rules’ Season 9: Everything We Know

“I love you ALL but I guess I’m just confused what this post is supposed to be giving on the night of our PREMIERE,” the Fancy AF Cocktails author wrote at the time. “Are you living in the past or are you ready for the future of the show?”

The “Give Them Lala … With Randall” podcast cohost revealed one day later that she chose to take down the photo because “someone got affected,” seemingly throwing shade at Madix.

Madix and Kent’s rocky relationship has played out on the Bravo series for years, and this season of VPR is no different.

Former ‘Pump Rules’ Stars: Where Are They Now?

“Our friendship is — I think it’s a washing machine cycle of ups and downs. Like I said in Palm Springs, when I was like, ‘We’re going to have fun, no matter what.’ And we did. We are able to have fun together, but then there were things that were said that again made it worse,” the Dead End actress told Us on Monday in regard to where the women stand today. “She said that I ditched her when she became friends with other people. And I was like, ‘Whoa, whoa, whoa, what?’”

Madix noted that she has “hope we can get to a good place” in time, but said both ladies will have to “put in the work” in order to make it a reality.

“I don’t want to not be friends. I don’t like having bad blood and animosity with people, so of course, like, I want things to be good,” she added.