UK's 'only' black farmer BLASTS companies for not diversifying

One of the UK’s only commercial black farmers has revealed he experiences less racism in the countryside than he did growing up in urban areas.

Wilfred Emmanuel-Jones, 63, who received an MBE for services to farming in the Queen’s Honours List this year, told the Metro that he wants to see more people of colour in agriculture and rural spaces become more accessible to all.

Wilfred who is a child of the Windrush generation, was aged four when he came to Britain from Jamaica in 1961, and lived with his eight siblings in a terrace house in Small Heath, Birmingham.

‘As a kid, I was always looking over my shoulder,’ he said. ‘It’s nice that people say good morning, and I absolutely love Morris dancing. Black people are often stereotyped, but why shouldn’t I enjoy Morris dancing?

‘When we talk about diversity, it tends to be focused on urban spaces, but what about black people in rural settings?’ 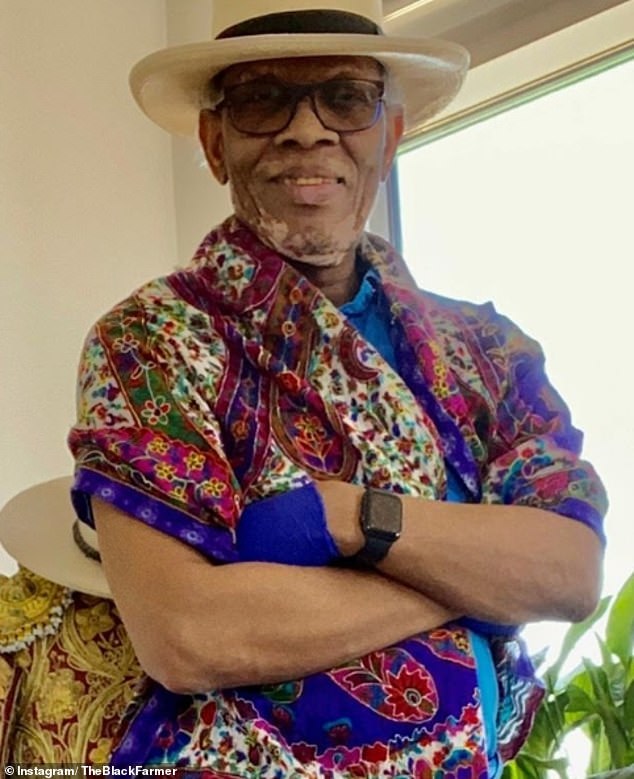 Wilfred Emmanuel-Jones, 63, (pictured) who is one of the UK’s only commercial farmers, has blasted companies for not doing more to diversify since the Black Lives Matter movement

Wilfred fell in love with farming at the age of 11 after tending to his father’s allotment in Birmingham.

He made a promise to himself to one day own a farm, having viewed his father’s green patch as a place to escape from the cramped house he grew up in.

Founder of The Black Farmer brand, has worked tirelessly to get supermarkets across the nation to support his latest venture and to amplify black voices within the food industry.

He hopes to redefine Black Friday on the 27 November with a campaign to celebrate the ‘diversity in business’. 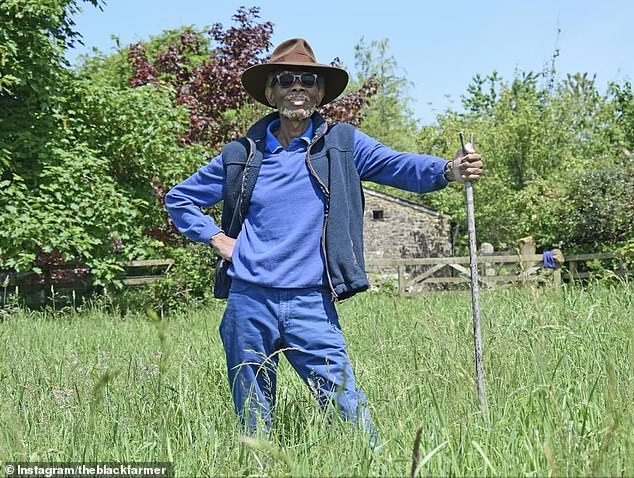 Major British supermarkets have already agreed to donate profits, a promotional space and to contribute to a nationwide poster campaign to create awareness.

The Black Farmer brand is also set to celebrate the black contribution to British society by launching sausages with a flavour of the Caribbean including jerk pork sausage and jerk chicken.

Wilfred revealed that it took him 30 years of hard work with roles in the Army and at the BBC before he was able to move to Devon to become a farmer in 1999. 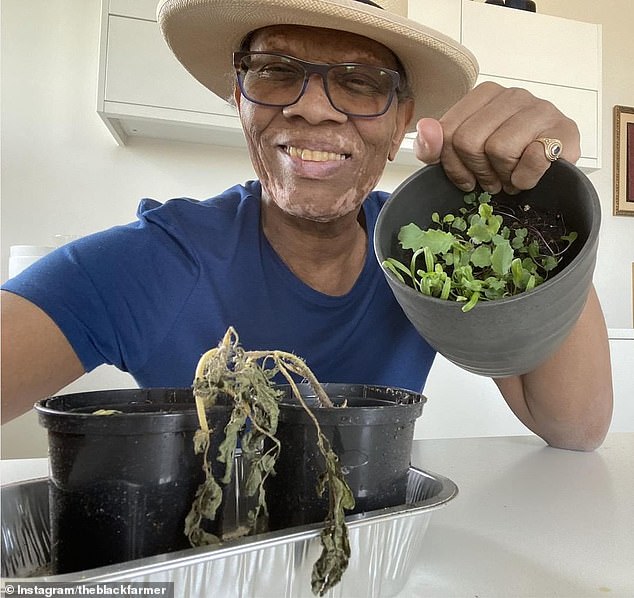 He stood for election as a Conservative MP in Chippenham, Wiltshire, in 2010, but lost, and says he was left with little to show for it – other than £150,000 of bills.

In 2015, he revealed he was losing his skin pigmentation due to cancer treatment.

He said of his battle with acute myeloid leukaemia: ‘I am lucky to be alive. This time last year it was touch and go. My organs started to fail and my chances were slim.

Mr Emmanuel-Jones said although he had initially attempted to cover up his skin pigmentation he has grown to accept it.