Tyler Perry has an estimated net worth of $1 billion. He joined the seven-figure ranks of Oprah Winfrey, George Lucas, John de Mol, and Steven Spielberg in September. 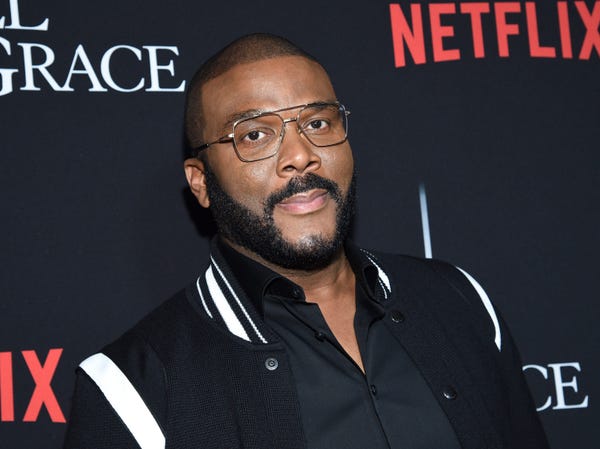 Forbes broke down his empire into five key areas, including his cash and investments, his stake in the video-on-demand service BET+, and his Tyler Perry Studios in Atlanta, Georgia. 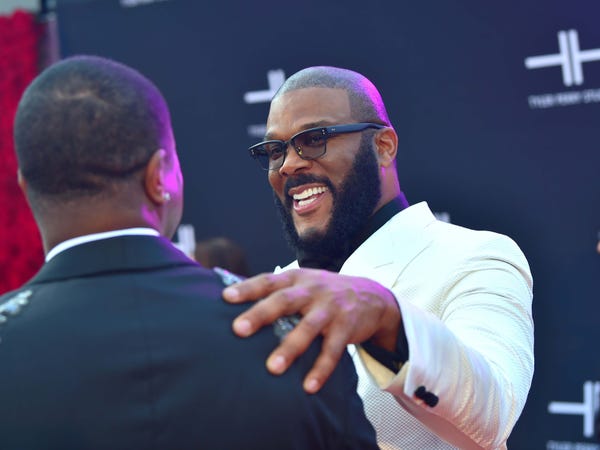 Perry, 51, was born and raised in New Orleans, Louisiana. He shared a close relationship with his mother, who died in 2009. He is estranged from his father. 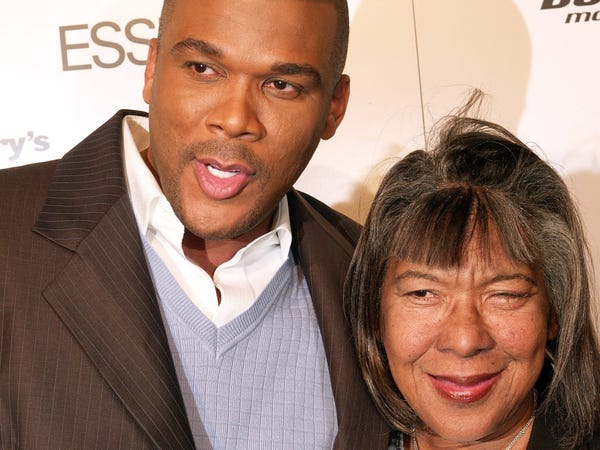 Perry is based in Atlanta. He has a son with his former partner, model and activist Gelila Bekele. 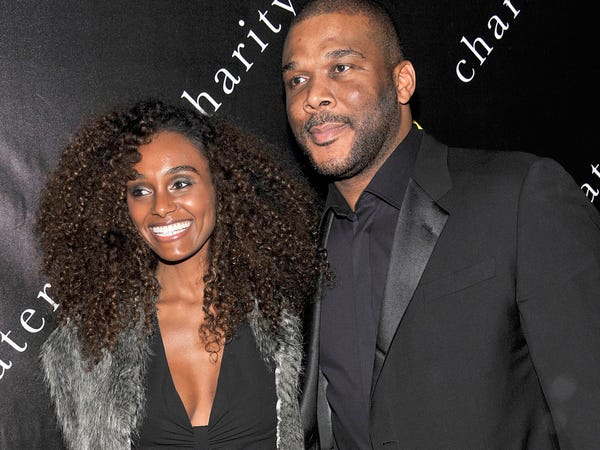 Perry got his start in theater. His first play — "I Know I've Been Changed" — opened to a mostly empty theatre. 13 years and many other plays later, he released his first film, "Diary of a Mad Black Woman," in 2005, jumpstarting his Madea franchise. The movie made $22.7 million in its opening weekend. 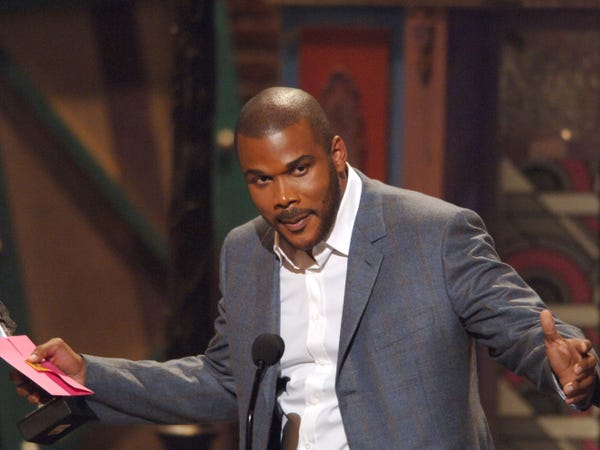 One of Perry's best-known projects is the movie franchise Madea, in which Perry himself dresses as an elderly Black woman and plays the titular role. In a 2017 appearance on the "Today" show, Perry said that him playing the role happened by accident. 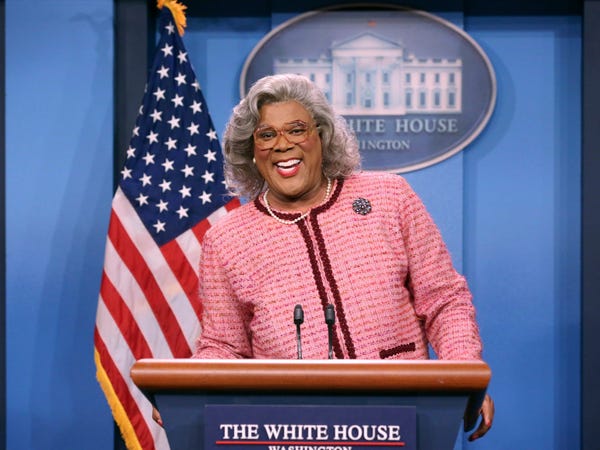 Perry made 11 Madea movies over the course of 15 years. The final installment — "A Madea Family Funeral" — made $27 million in its March 2019 opening weekend. Perry made the highest-grossing Madea movie, "Madea Goes to Jail," exactly a decade prior to that. It brought in $90 million in total box office earnings in 2009. 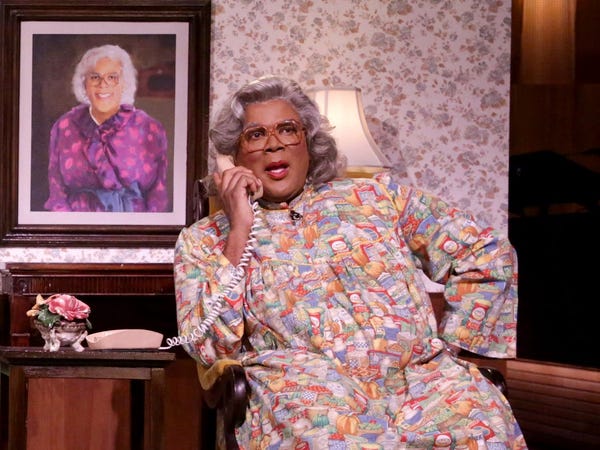 All of Perry's Madea movies were distributed by studio giant Lionsgate. The films collectively brought in over $1 billion in ticket sales while the production cost of each was approximately $20 million. It is unclear how much Perry has personally made from the franchise. 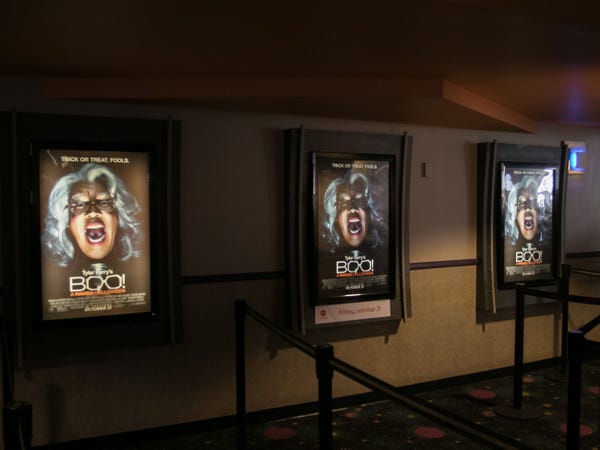 Perry and Lionsgate had a "first look" deal for eight years from 2008 to 2014. In a first-look deal, the creator owns the copyright to his material. 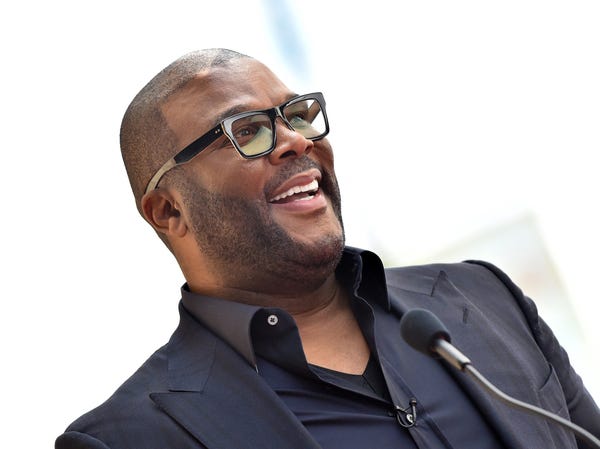 Since parting ways with Lionsgate, Perry has had a number of much-talked-about partnerships with Viacom, BET's parent company, and the Oprah Winfrey Network. 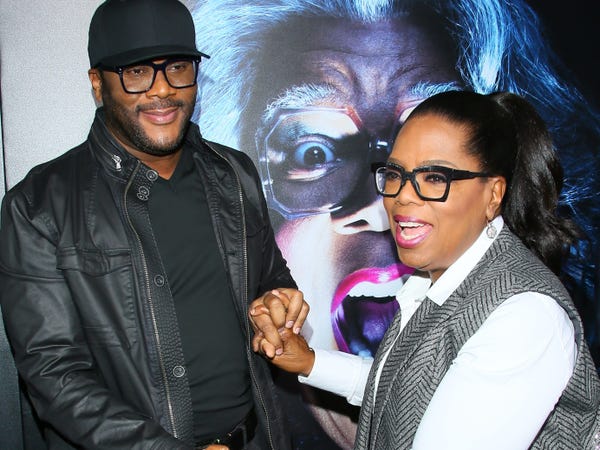 In a September profile, Forbes estimated that approximately $60 million of Perry's billion-dollar net worth came from his stake in BET+. 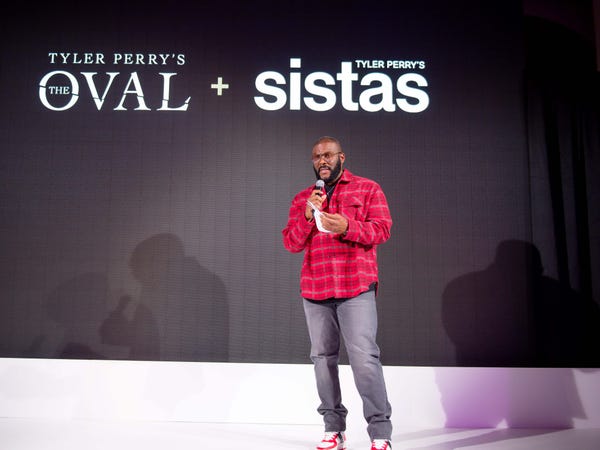 In 2017, Perry signed a contract with Viacom, BET's parent company, to produce exclusive original content for BET. The deal is slated to run through 2024 and didn't start until after Perry's contract with OWN ended in 2019. 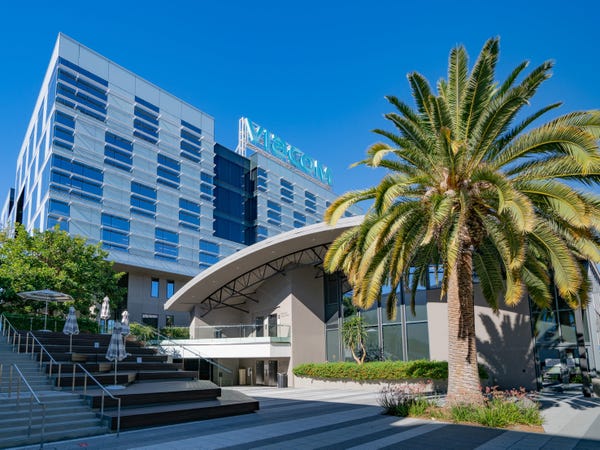 This multi-year partnership grew into creating a video-on-demand subscription service in 2019 known as BET Plus, Variety reported. It will feature Perry's extensive library of work as well as BET programming. 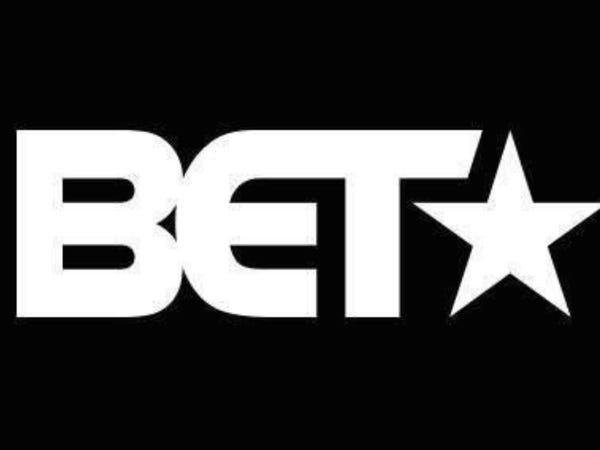 In 2015, Perry forked out $30 million to buy over 300 acres of a former US Army base in Atlanta. Tyler Perry Studios sits on that plot. Forbes estimates the studio is worth $280 million. 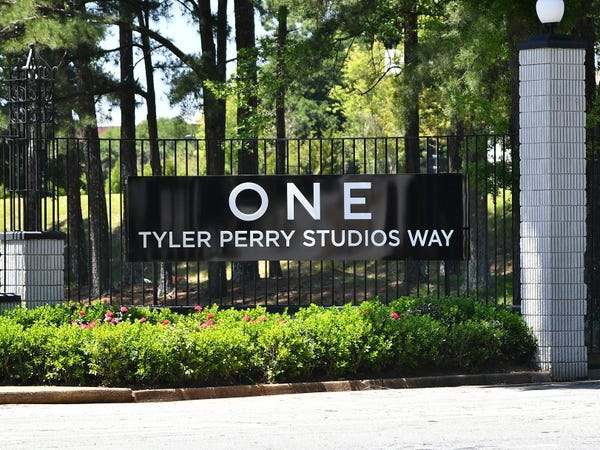 IndieWire noted that the land used to be a base for the Confederate Army, a point Perry has acknowledged. In a 2019 BET awards speech, he said, "while you're fighting for a seat at the table, I'll be down in Atlanta building my own." 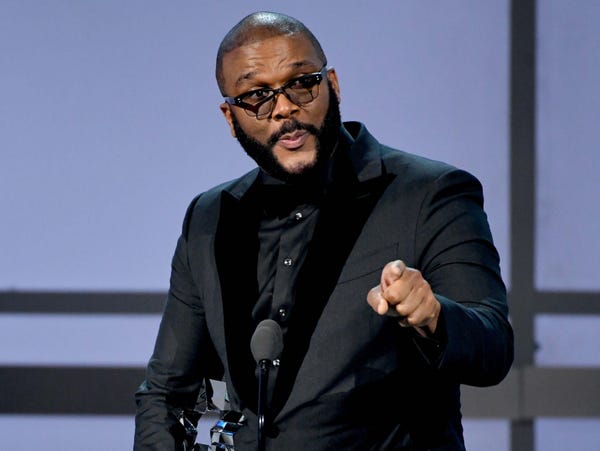 Marvel megahit "Black Panther" was one of the first movies shot at the studio's new stages, AJC reported. Perry took Architectural Digest on a tour of the property in 2019, which comes with neighborhoods, mansions, and even a replica of the White House. 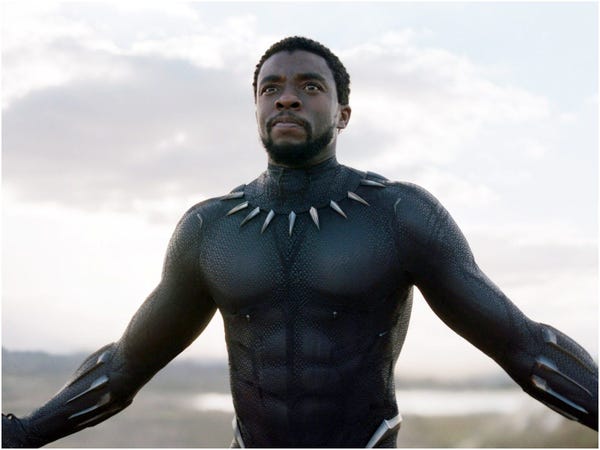 Perry has built an impressive real estate portfolio over the years that consists of several multimillion-dollar properties in Atlanta, Los Angeles, and Wyoming. 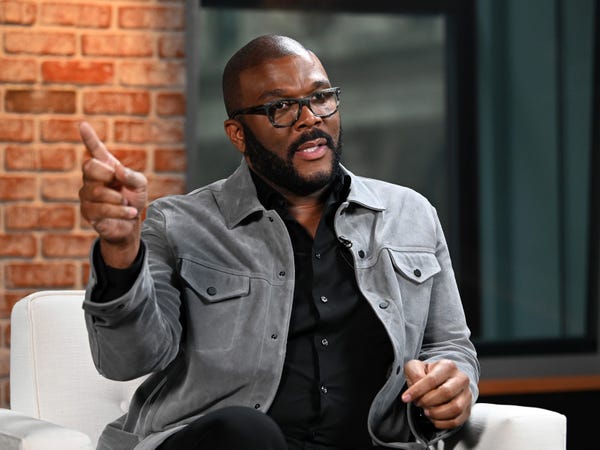 Perry bought a 34,000-square-foot house in Atlanta in 2007 for $9 million. It has seven bedrooms, 14 bathrooms, a helipad, an infinity pool, and a tennis court. 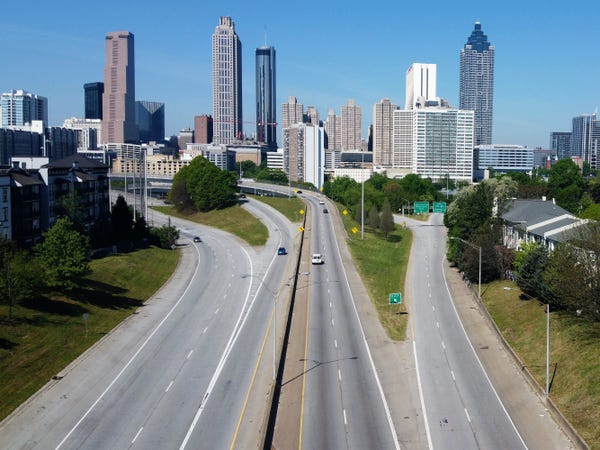 He sold the home to David Turner, an entrepreneur and evangelist, nine years later in 2016 for $17.5 million. Steve Harvey bought the house for $15 million in June 2020. 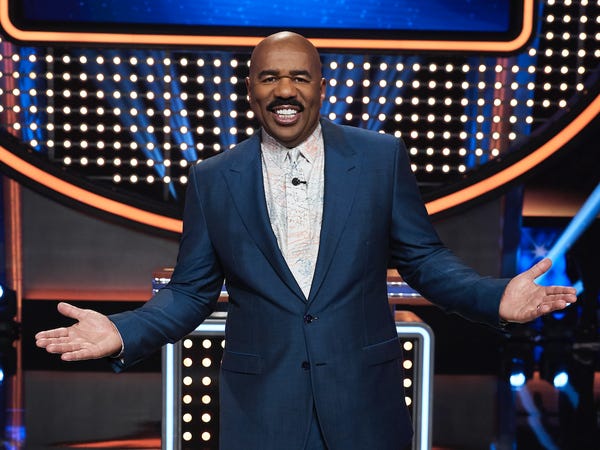 Perry owns a mansion worth $18 million in the swanky Beverly Hills neighborhood. He hosted Prince Harry and Meghan Markle in the 8-bedroom, 12-bathroom villa after they moved to Los Angeles and were cut off by the royal family in 2020, the pair confirmed during their Sunday night tell-all interview with Winfrey. 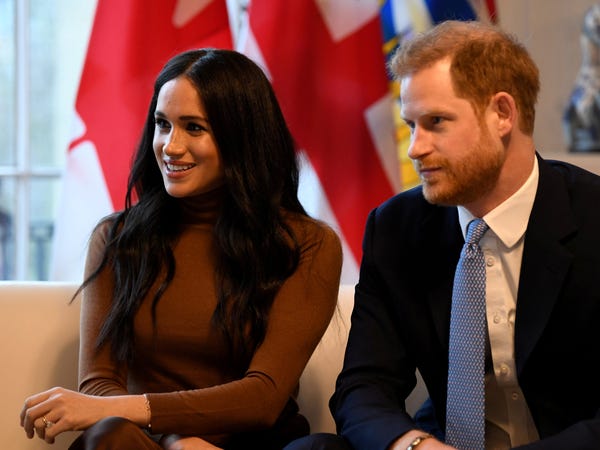 Architectural Digest reported in November 2019 that Perry also owns a log cabin in Jackson Hole, Wyoming, and a "previously uninhabited island in the Bahamas." It's unclear how much each property is worth. 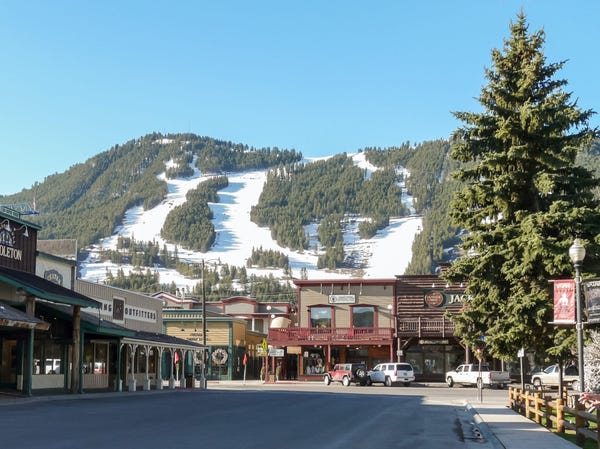 Real estate isn't his only major investment. Perry owns a $150 million private jet that he used to fly water and other necessities to the Bahamas in the aftermath of Hurricane Dorian in September 2019. 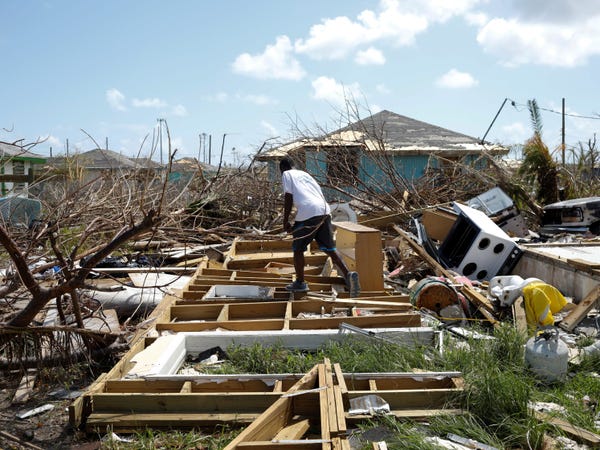 Perry is also known to be generous with his wealth. In July 2020, he gifted approximately $50,000 in grocery-store gift cards to those to needed help. He also runs The Perry Foundation, which helps with areas like education, human rights, and health. 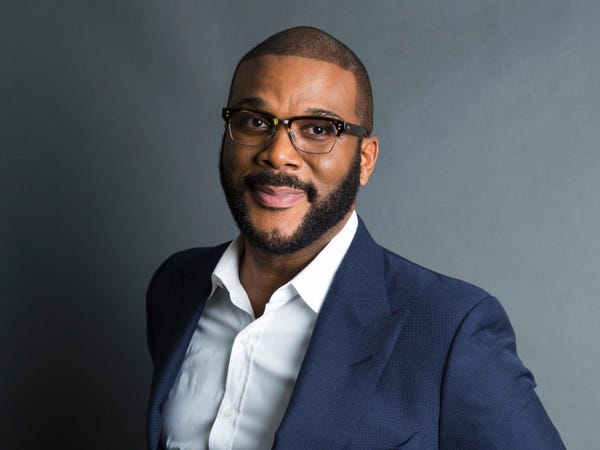