Tyga was arrested on felony domestic violence charges after turning himself in to the authorities on Tuesday, October 12, Us Weekly confirms.

The “Juicy” rapper, 31, surrendered at the Hollywood Police station, Los Angeles Police Department spokesperson Jeff Lee told Us. He was booked on felony domestic violence, which the LAPD noted was a “result of an incident that occurred on October 11, 2021.”

According to TMZ, Tyga’s ex Camaryn Swanson alleged that he hit her. The performer, real name Micheal Ray Nguyen-Stevenson, allegedly assaulted Swanson, 22, after she arrived at his house at 3 a.m. on Monday, October 11, and “started acting belligerent at the door.” Tyga reportedly let her inside and a verbal altercation ensued. 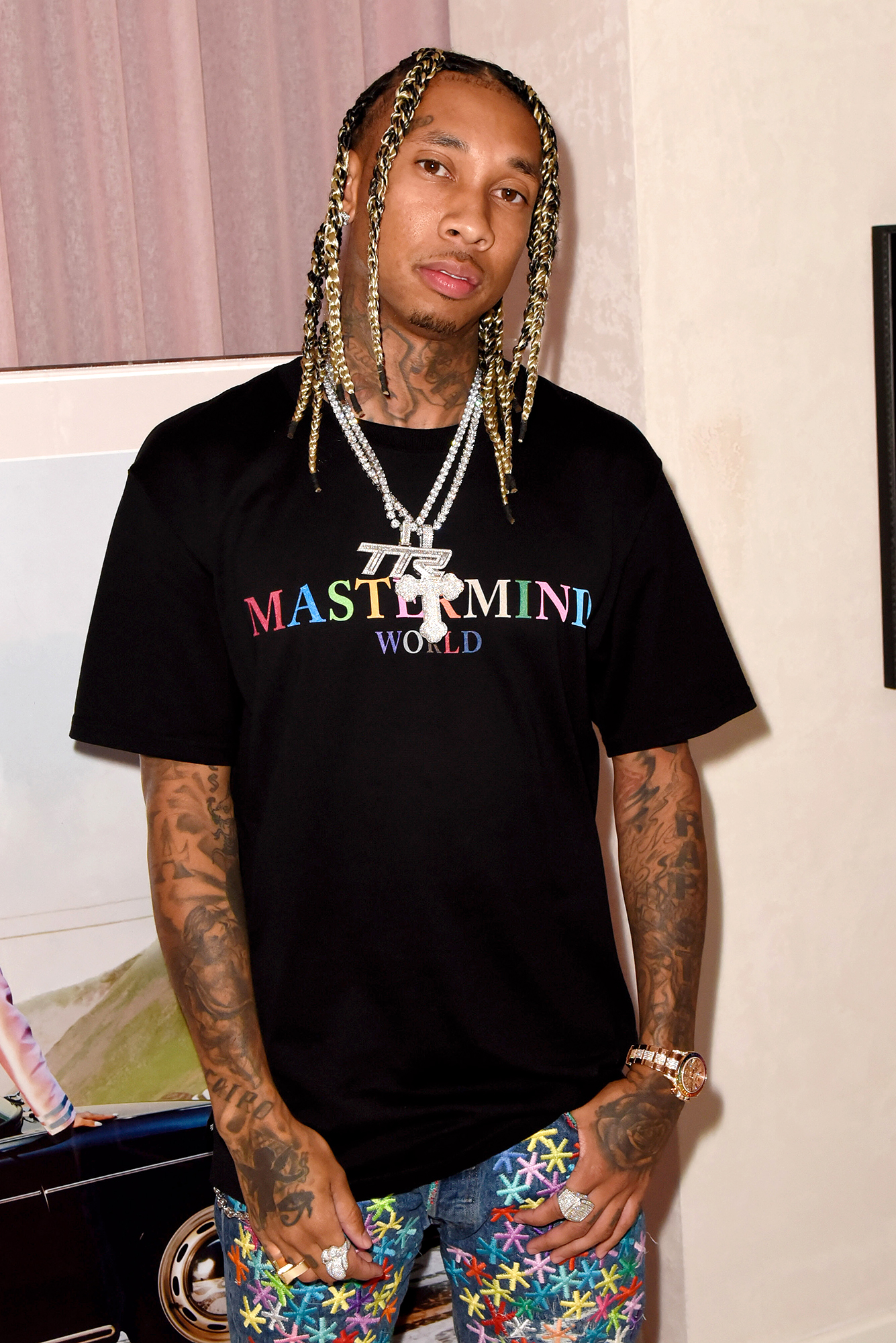 Swanson refuted some parts of the TMZ report via her Instagram Story on Tuesday, and she included a screenshot of a text message that seemingly indicated Tyga sent a car to pick her up. “I didn’t show up ‘screaming’ or uninvited. When I tried to leave he physically assaulted and refused to let me leave for hours,” the influencer alleged.

She shared a photo of her apparent injuries as well. “I’ve been emotionally, mentally and physically abused and I’m not hiding it anymore,” she wrote alongside a photo of her bruised eye on Tuesday. 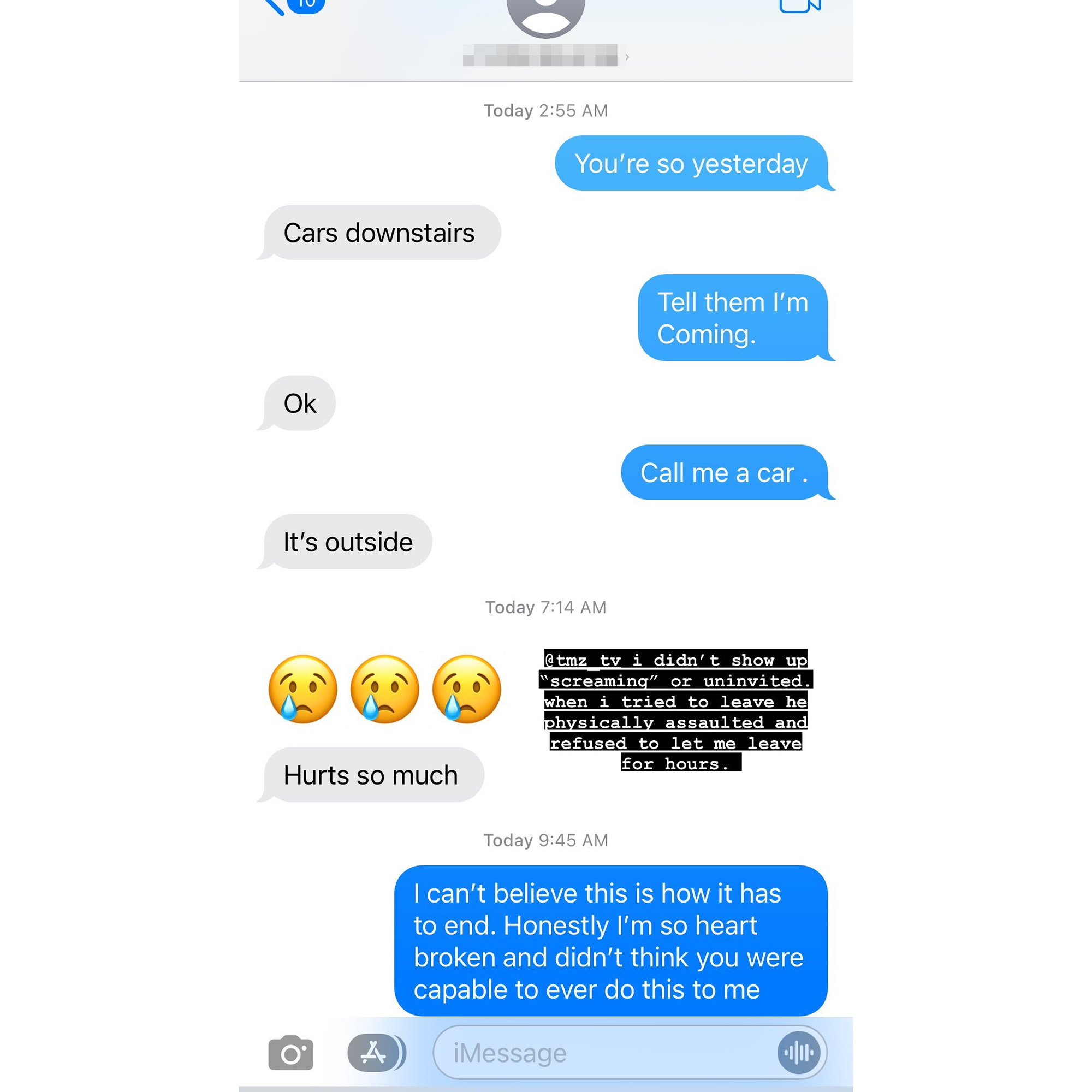 A video clip showed more bruises. “I’m so embarrassed and ashamed it had to get to this but I have to stand up for myself,” she captioned the clip.

Tyga and Swanson made their relationship Instagram official in February. The model, who co-owns the lifestyle and fashion brand Meaning of Mine, shared a photo from Disney World where they were seen holding hands at the time. She simply captioned it with heart emojis. 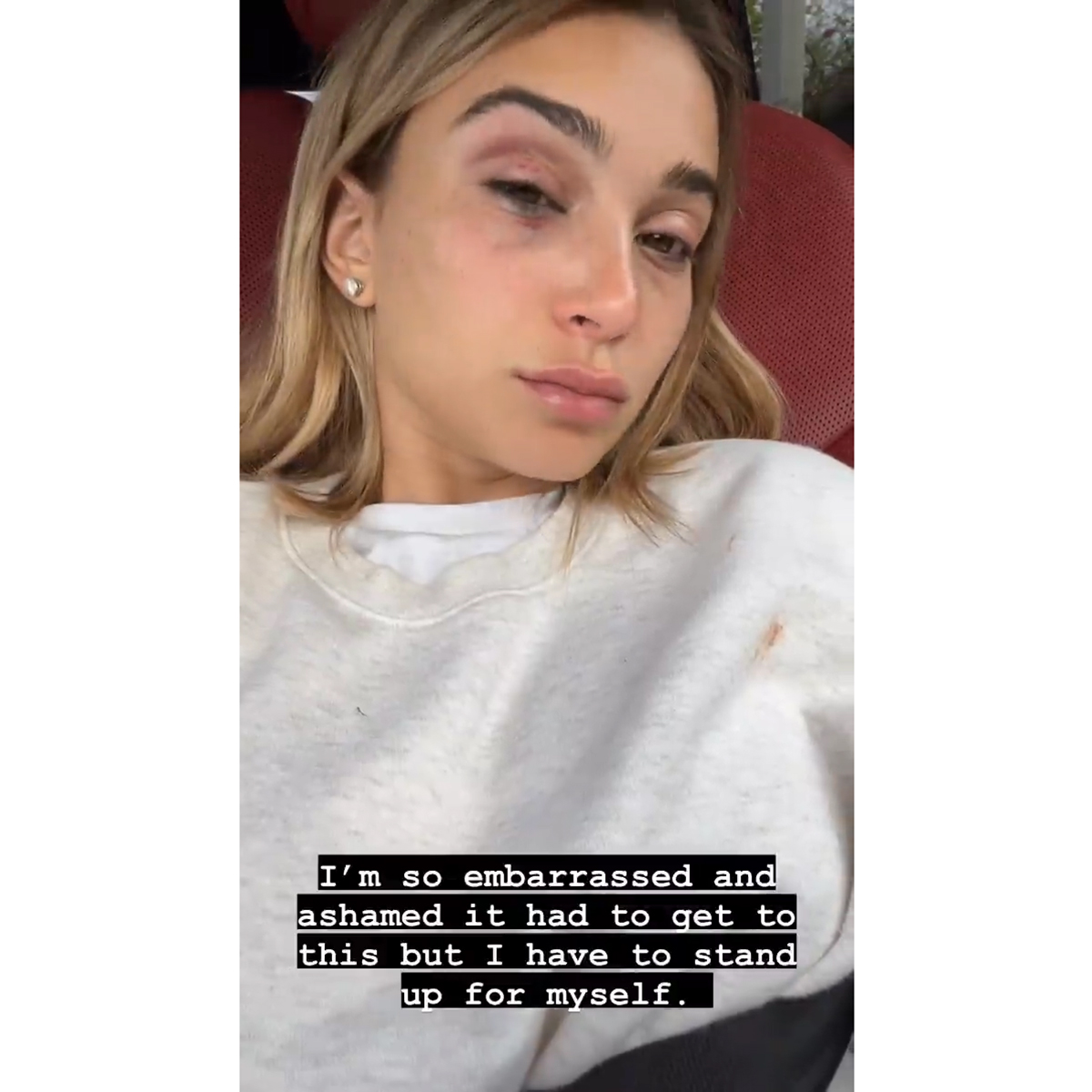 Five months later, the duo sparked engagement rumors. When they visited West Hollywood nightclub Delilah together in June, Swanson was spotted wearing a ring with two large diamonds on her left hand, Page Six reported at the time.

The hip hop artist previously dated Kylie Jenner. They took their romance public in August 2015 as she turned 18, but they split for good in April 2017. Tyga is the father of 8-year-old son King Cairo from a past relationship.

If you or someone you know are experiencing domestic violence, please call the National Domestic Violence Hotline at 1-800-799-7233 for confidential support. If you have experienced sexual assault, call the National Sexual Assault Telephone Hotline at 1-800-656-4673 for confidential support. To report child abuse, consult the U.S. Department of Health and Human Services’ Child Welfare Information Gateway for state-specific reporting phone numbers.