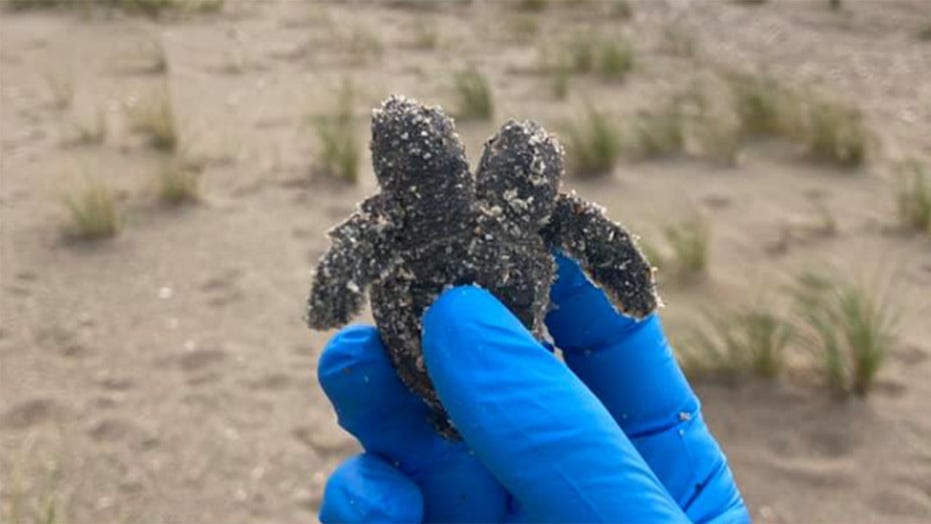 Two heads are better than one.

A state park in South Carolina posted pictures of a rare find made on one of its beaches: a two-headed baby turtle. According to the park, the anomaly is likely the result of a genetic mutation.

The rare turtle was found at Edisto Beach State Park by one of the park’s sea turtle patrols, according to a Facebook post from the South Carolina State Parks account. While this actually isn’t the first two-headed turtle found in South Carolina, it was for this particular crew.

“Edisto Beach State Park sea turtle patrol had a very rare find during a routine nest inventory,” the post said. “Three to five days after a sea turtle nest shows signs of a major emergence, we dig down to determine the success of the nest by counting the hatched eggs, unhatched eggs and on occasions also find live hatchlings. While performing an inventory this past Wednesday, patrollers and volunteers found three alive loggerhead sea turtle hatchlings still in the chamber, but one hatchling, in particular, stood out because it had two heads!”

The sea turtle patrols are made up of volunteers who walk the state’s beaches from June to August looking loggerhead turtle nests. When a nest is found, it is roped off and signage is placed in the area to prevent the area from being trampled. Volunteers will also pick up litter and fill in holes in the sand that create obstacles for the hatching turtles.

The Facebook post concluded, “This two-headed hatchling is the result of a genetic mutation. Other two-headed hatchlings have been found in South Carolina in past years, but this is a first for the patrol team at Edisto Beach State Park. After a few photos, this hatchling, along with the two others found, were released into the ocean.”