Two Bachelor in Paradise couples back together after onscreen breakups

See all three engagement rings from the ‘Bachelor in Paradise’ finale

Three ‘Bachelor in Paradise’ couples get engaged in Season 7 finale

Brendan Morais dropped by sponsor over ‘Bachelor in Paradise’ drama

Love is sweet the second time around for these “Bachelor in Paradise” contestants.

Two couples who broke up on the ABC summer reality show have gotten back together after Tuesday’s Season 7 finale and are now finding romance (again) offscreen, Page Six has learned.

Abigail Heringer and Noah Erb have rekindled their previously extinguished relationship, according to a pair of his-and-hers Instagram messages that they recently posted — one which she captioned, “I love you” and another in which he wrote to her, “luv you.”

Heringer, 26, and Erb, 26, were voted “Most Likely to Live Happily Ever After” by their fellow contestants, and Erb even confessed he was falling in love with Heringer. She didn’t immediately say it back, and Erb left the conversation feeling unsure. 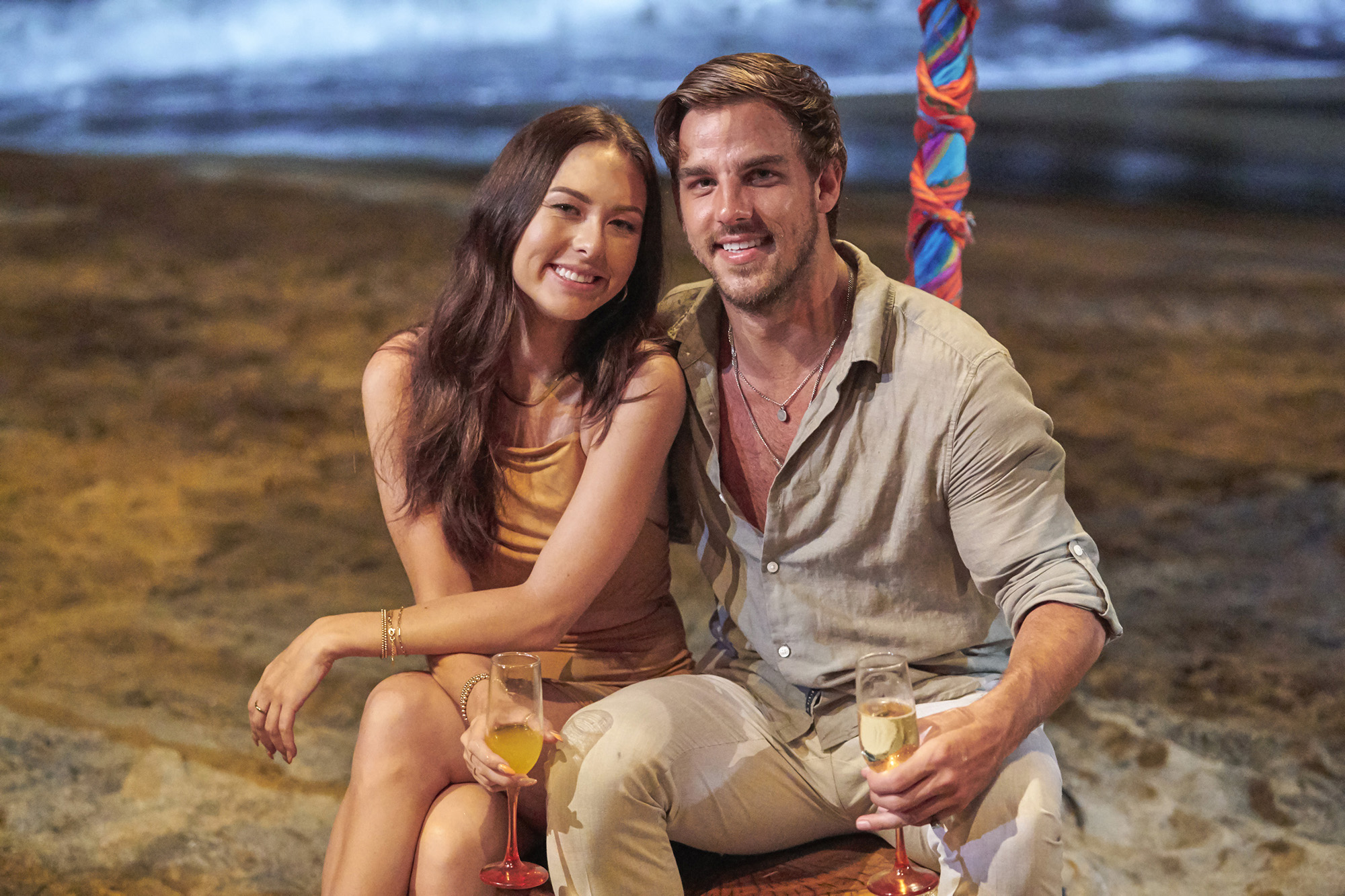 “I have these feelings for this girl and she’s perfect in all these ways, but I don’t know if she’s perfect for me,” Erb said in a confessional during last week’s episode. “At the end of the day, I think what’s holding me back is I don’t know if I’ll be able to get to where I want to be.”

Heringer replied, “You go from telling someone you’re falling in love with them the night before to this conversation.”

She added, “I was actually coming here today to tell you that I was falling in love with you too.”

The two emotionally left separately, but their breakup was clearly only temporary. 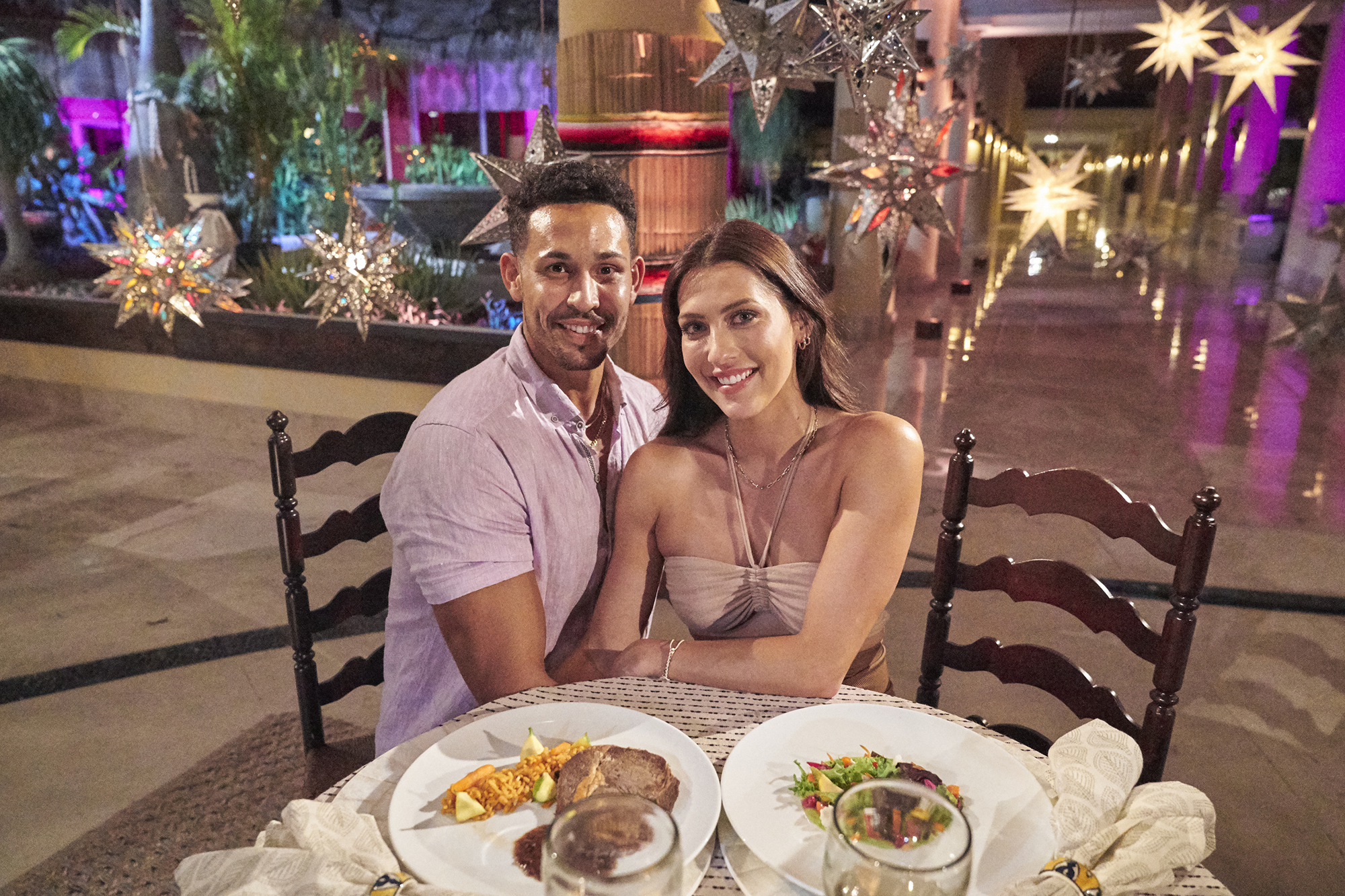 Kufrin, 31, posted a video montage of her relationship with Jacobs, 29, growing both during and after their time on the show.

“I’m sorry for breaking up with you on national television, but I’ll take every day to make it up to you, Tommy,” she captioned the video Tuesday. “Thanks for making my heart smile far more than it ever has. Now time to start this real life.”

Jacobs posted a photo of the him carrying her off into the sunset and wrote, “Happy first day of the rest of our lives.”

The couple decided to leave “Paradise” separately prior to engagements. Kufrin told Jacobs that she was worried he was “too good to be true.” She noted that she had also been through this process twice before without it working out.

Jacobs responded, “Everything inside of me screams that I’m falling in love with you.” After going back and forth, he encouraged Kufrin to leave with him. The “Bachelor Happy Hour” podcast cohost ultimately decided to go alone, however.

“When he was like, ‘Just leave here with me, just have faith in us,’ I’ve never heard that from a guy before,” Kufrin admitted in a confessional.

“I didn’t hear it from the last two guys I was engaged to, that’s for sure,” she added, referring to Arie Luyendyk Jr. and Garrett Yrigoyen.

Meanwhile, Michelle Young’s season of “The Bachelorette” is right around the corner, premiering Oct. 19 at 8 p.m. ET on ABC.