The impact that the Trump administration’s distain for transgender Americans had on everyday life is the subject of the new docu-series “Trans in Trumpland.” The series follows two transmasculine and two transfeminine cast members living in parts of the U.S. where “it’s a little bit harder to be trans and to exist in,” says the series’ producer Trace Lysette.

Lysette, an actress who is best known for her roles in “Hustlers” and “Transparent,” had long wanted to get into producing documentaries but was being careful with her selection.

“I’m invested in documentaries, period. But especially when it has to do with trans people, because that’s so personal to me,” she says. “I have just been wanting to diversify the things that I’m producing and putting out into the world. And documentary was something I wanted to explore. So this hit two different areas for me. One, being the doc space, and two, it being trans specific. It was just a no-brainer to me when they approached me.”

She was drawn to the project, coming on after principal photography had wrapped, because of the immediate familiarity she felt with the subject matter given her experiences.

“But there are certain things that are unique to each state that I think is really helpful when we look at all of the things that trans people endure, and the multiple layers that they have to navigate. Whether it’s immigration on top of being trans, or class, or race, or bathrooms,” she says. “I think that wherever you are in this country, it’s a little bit different for each trans person. No one experience is the same. There’s so many different factors. And I think that the docu-series does a good job of showing that we are all on our own journey, and we have certain battles that are familiar to each other, and others that may not be familiar to others within our own communities.

“I think that the key part of representation right now for trans people, the key word is just ‘more,’” Lysette continues. “And seeing that our stories are not just one thing, and we shouldn’t be tokenized, and we should not be whittled down to just one or two narratives because there are so many of us that have yet to have our stories be told.” 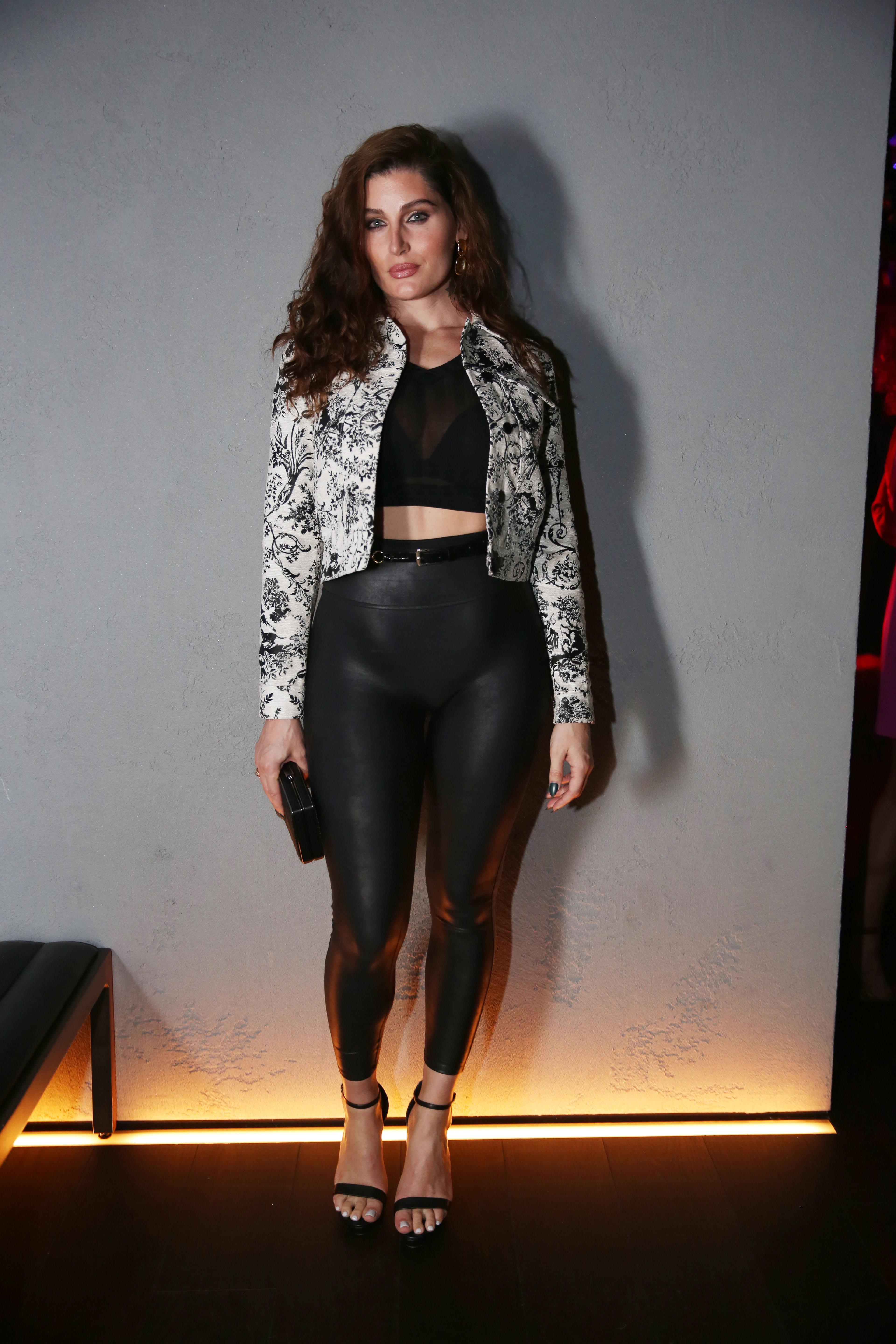 Lysette realized more than ever during the last administration how rare it is for trans people to have equal opportunities, especially in her industry of film.

“The film space, in particular, just really needs people to get on board, really needs gatekeepers to get on board, investors to get on board and want to tell our stories,” she says. “I hope that the new administration can help aid that in some way. I’m not quite sure how. In the doc space, there’s been substantial headway made, but in cinema, in features, and even television to a degree, there’s still a long way to go. I think film is probably the worst of it. It’s very rare that you get to see a trans person with a trans storyline that gets to lead a film. Or even a trans person that’s not playing trans that gets to be a lead or a strong supporting. It’s just really far and few between. So it’s discouraging and it’s tough as a trans actor. I started acting in 2007, and I’ve seen it bloom and then wilt, and then bloom, and it’s just this ebb and flow. And you’re like, ‘All right. When are we going to be able to thrive? Not just one or two of us, but multiples?’ And like, when are we going to see us producing and directing and really being in charge of our own story?” 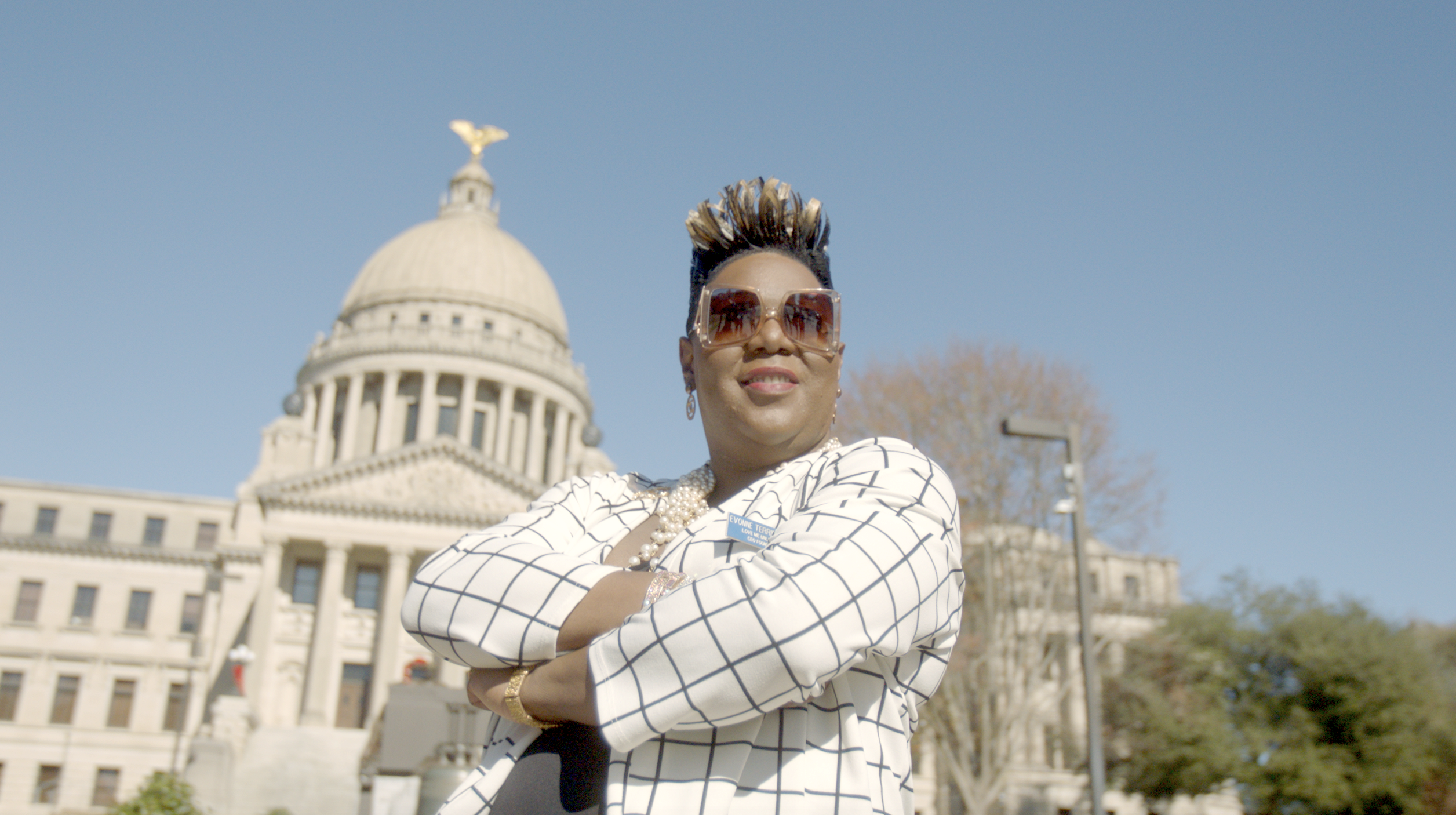 A still from “Trans in Trumpland.”

Lysette has had a tough start for 2021, losing her last grandparent, who she was quite close with. “I’ve been kind of making my peace with that and throwing myself into my work,” she says. “And I’m surrounding myself with my trans girlfriends, who kind of just lift me up.”

She is optimistic that the time coming out of the Trump administration and the pandemic leads to a creative influx. “It’s a rough time right now, but I’m hoping that on the other side of this, we’ll get some kind of renaissance in terms of art and music and all of that,” she says.

And she’s primed and ready for the opportunities. In addition to the documentary, Lysette is executive producing the upcoming feature “Colors of Ava,” as well as another series for a network she can’t yet disclose. She’s also launched a music career, with her first single “SMB” out in January. She says she has another song in the works down with a trans rapper, and hopes to keep releasing singles.

“I’m trying to keep expectations low, but I’m really enjoying pursuing music, finally, because I grew up on hip hop, and music has always been a saving grace in my life, whether it was R&B or hip-hop or jazz or soul. It’s a form of self care for me,” she says. “I think, as an artist, sometimes you get a little frustrated with just one outlet. Acting is lovely and everything, but I don’t think that that’s all that I am. So just kind of evolving as I think we should always do.

“I just don’t have the luxury of waiting around to be a passive actor and waiting for roles to come to me,” she says. “I’m manifesting more projects like this that are led by trans folks, that are for us, by us. We’re in charge, and we can look out for each other.”

More from the Eye:

In ‘Girlhood,’ Melissa Febos Explores the Ordinary Traumas of Childhood

7 TV Shows and Films to Watch Before the SAG Awards