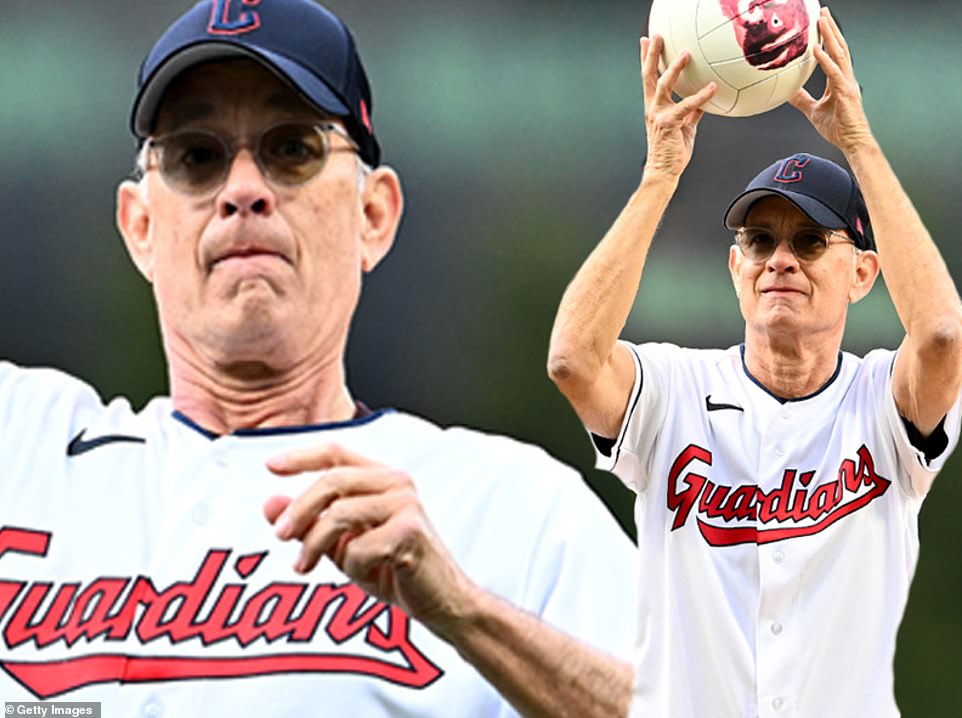 Tom Hanks threw in a touch of comedy, compliments of Wilson the volleyball from Castaway, when he threw out the ceremonial first pitch at the Cleveland Guardians’ home opener. 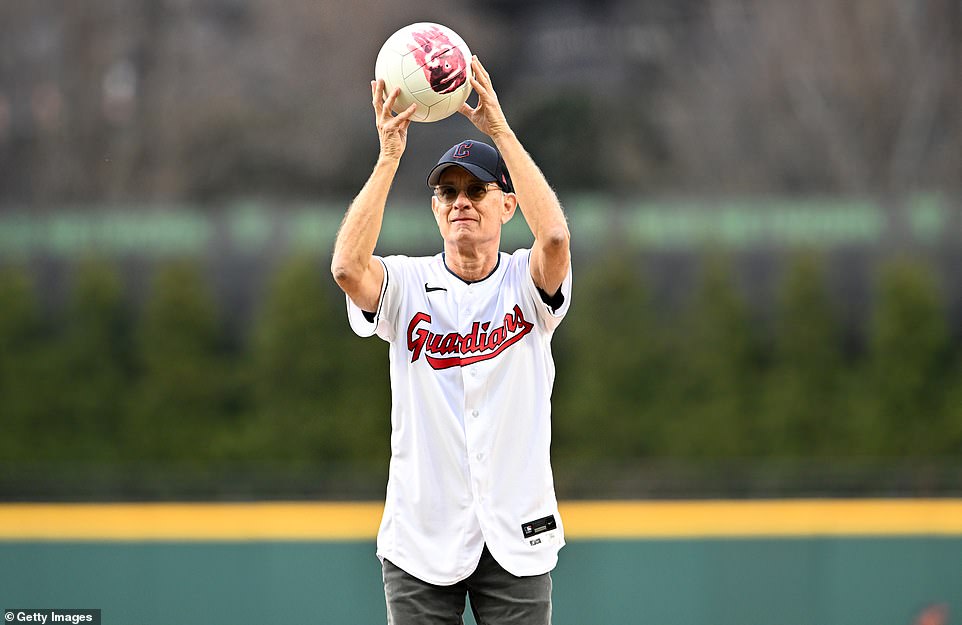 When he was announced to the home crowd at Progressive Field on Friday, the two-time Oscar-winner came strolling out to to the field carrying the bloody-faced volleyball that was Hanks’ co-star in the 2000 survival film. 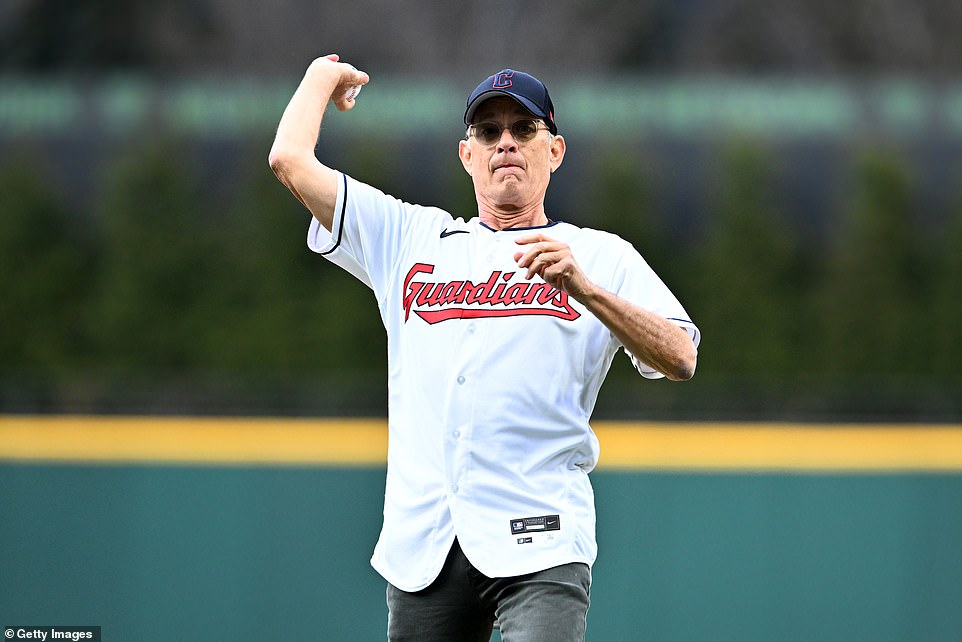 Not long later, after putting Wilson on the ground, the volleyball started rolling away from the mound, leaving the crowd and broadcast announcers miffed at whether this was a staged comedy act. 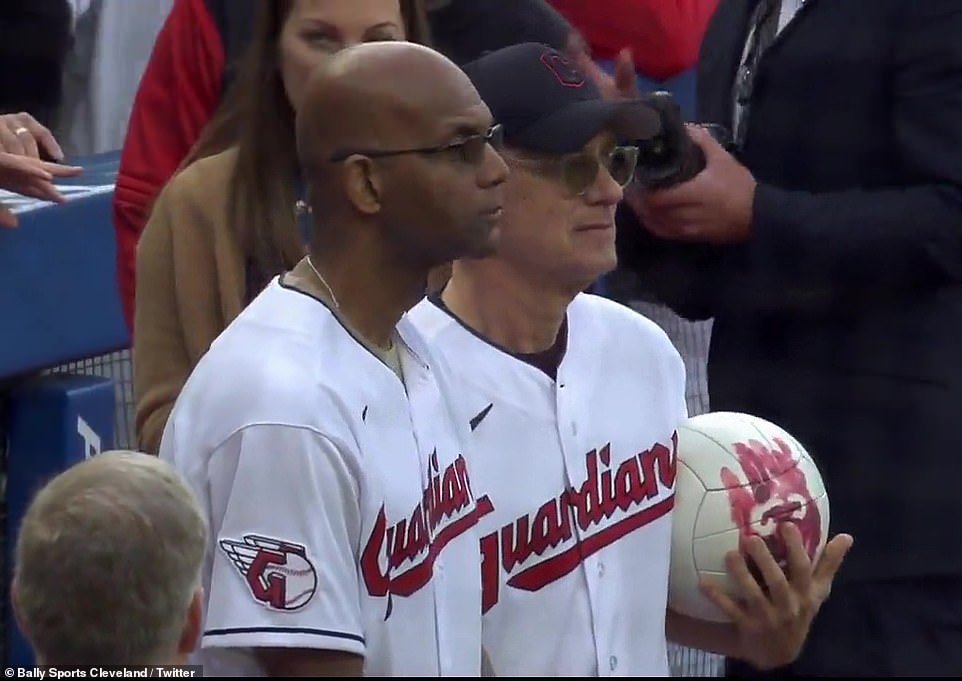 Hanks, a longtime Cleveland fan waved to the crowd with one hand while securing the famed volleyball in the other, as he slowly walked to the the front of the mound. 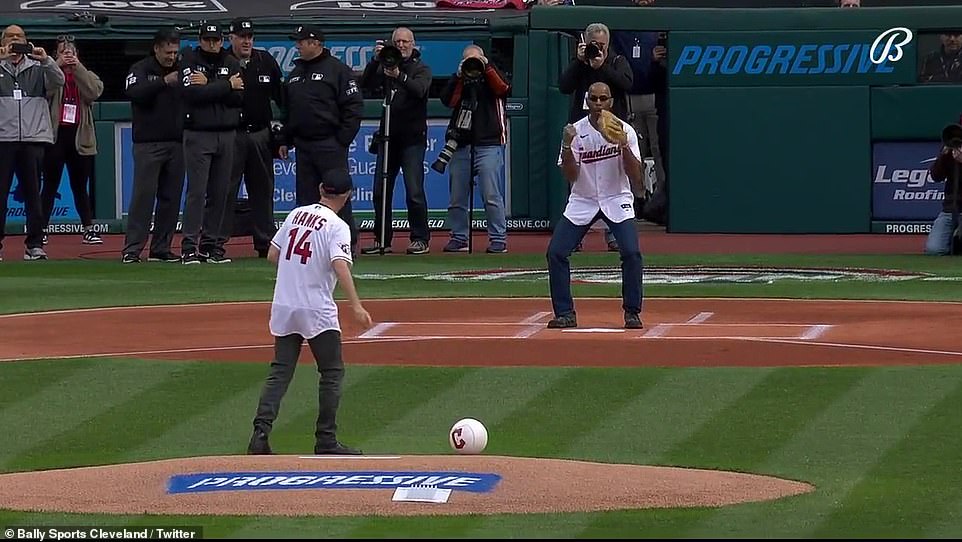 Upon arriving, the actor placed Wilson, which along with the blood mark also had a ‘C’ for Cleveland on it, on the ground and grabbed the nearby baseball for his throw. As Hanks rubbed the baseball down for this throw, Wilson began to wobble and then fall off the mound on to the green field. 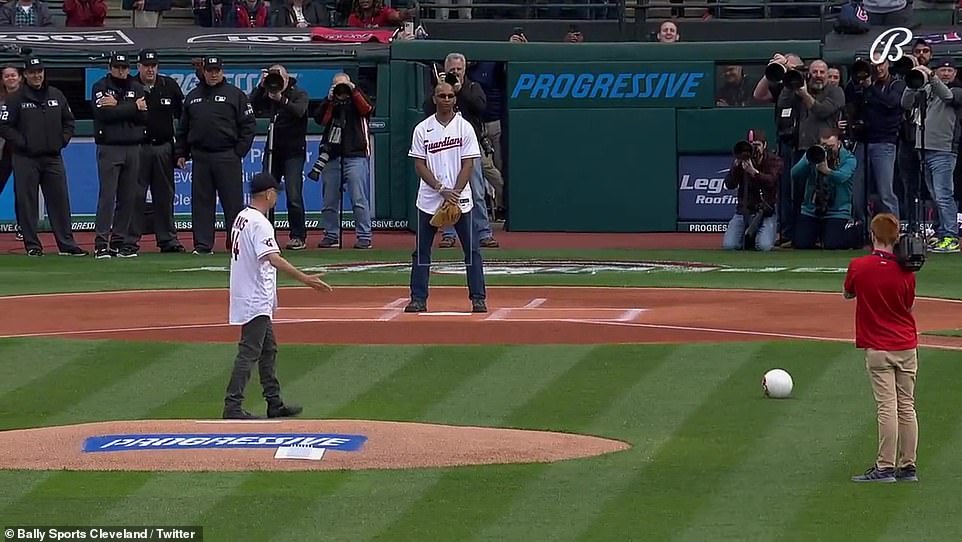 ‘There goes Wilson,’ said one announcer as the ball suddenly rolled about 10 feet to the right of the frame. 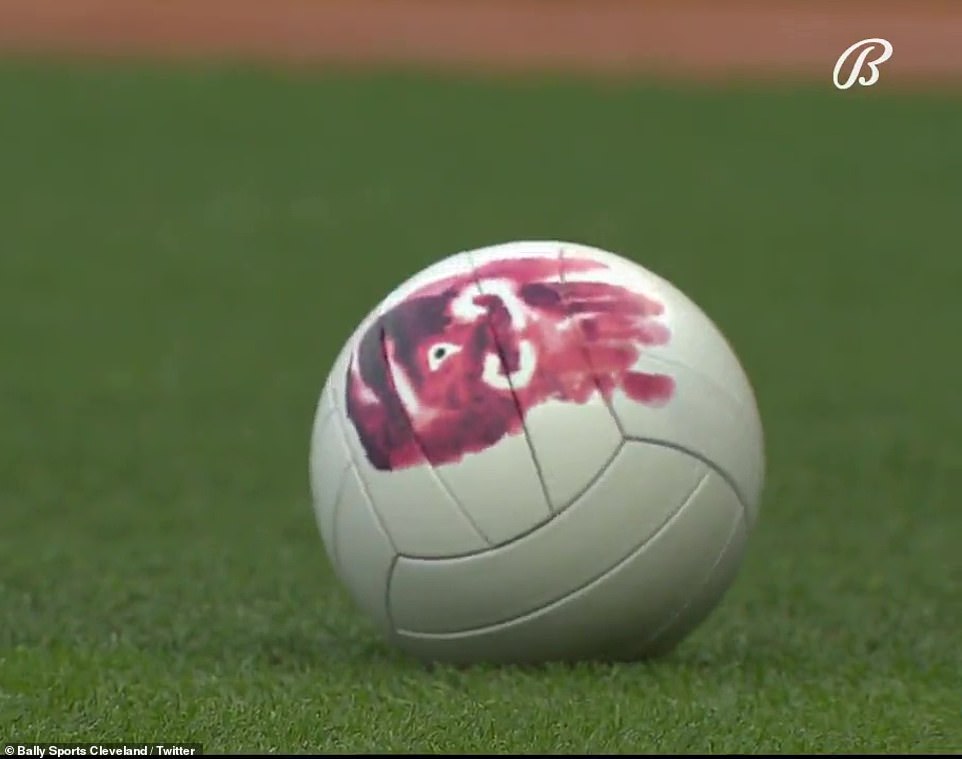 ‘It’s windy today,’ replied the other announcer as Hanks was jogging back in place. 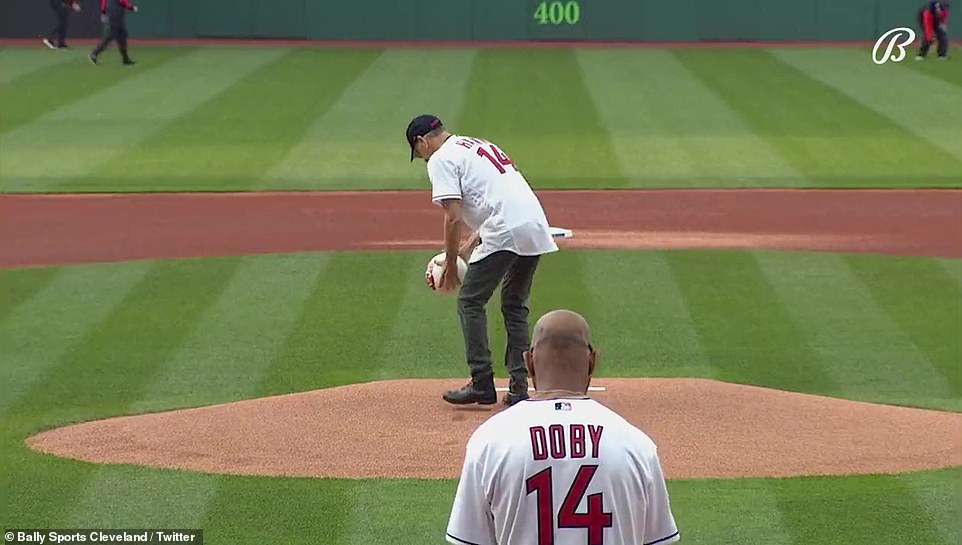 Hanks went into his routine again, but again Wilson took off, this time rolling about 30 feet to the right of the mound, before circling back near Hanks’ feet. It’s at this point that people began to get suspicious. 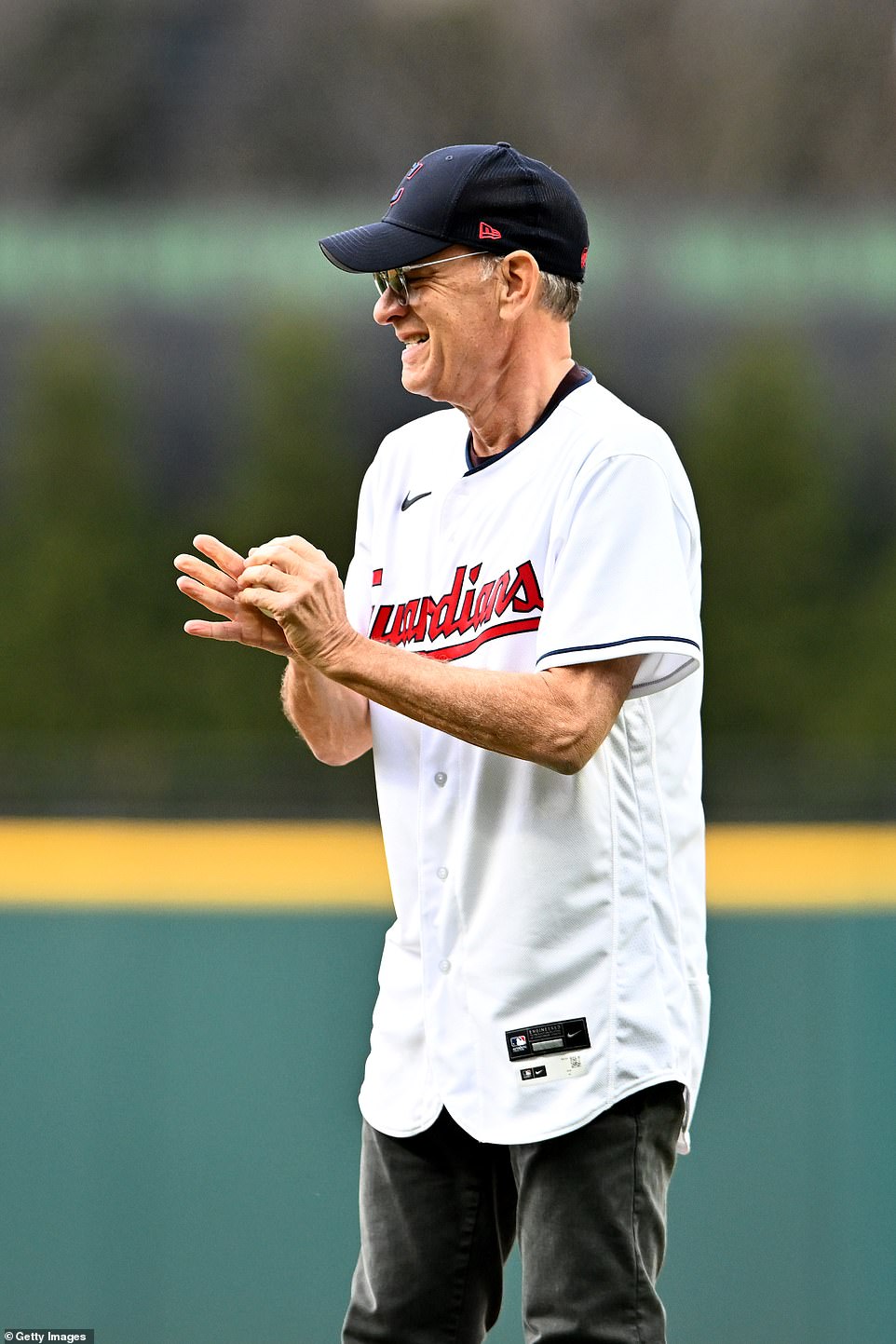 ‘This has got to be staged,’ an announcer declared, adding, ‘Wilson has got a mind of his own.’ 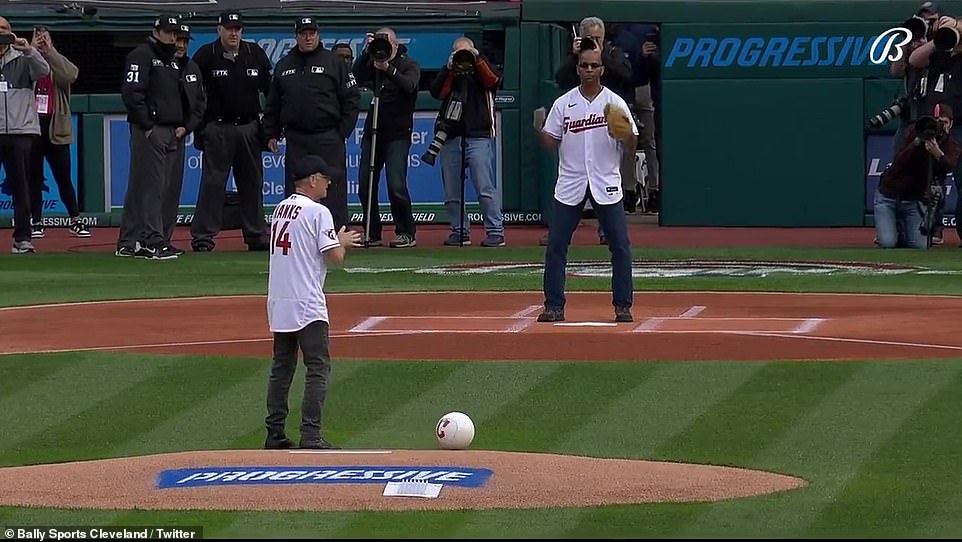 As the volleyball kept rolling around, he added, ‘Maybe it’s remote controlled,’ which prompted his partner to answer, ‘It’s got to be.’ 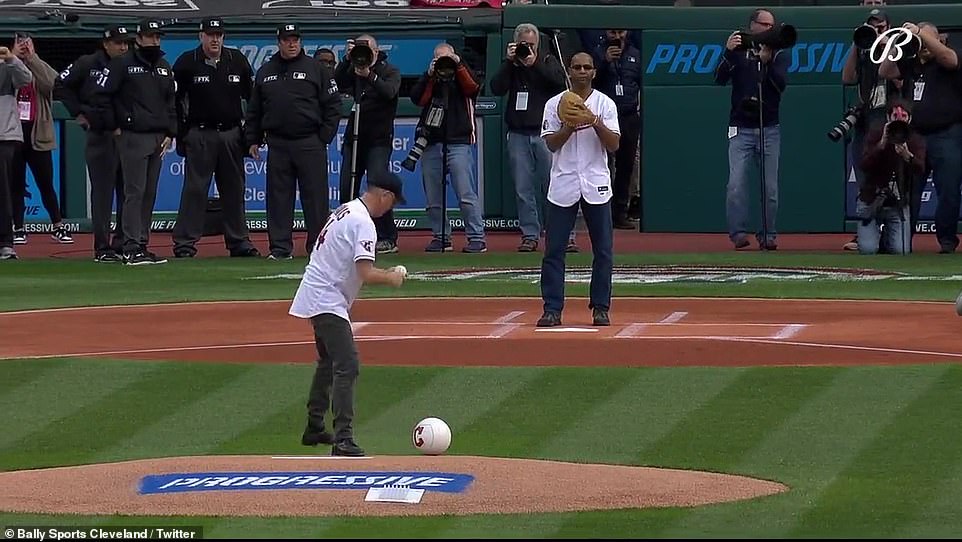 During all the action, Hanks was consummate actor, pointing at Wilson to return to his spot on the pitcher’s mound. 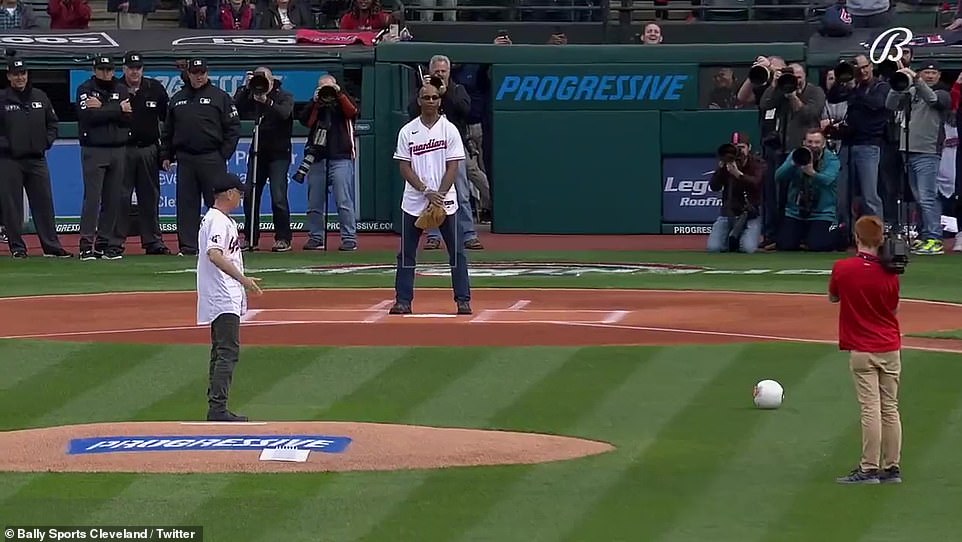 The camera then pulled in close to Wilson and it showed the ball randomly swaying from side-to-side, all but proving this was a remote-controlled device. 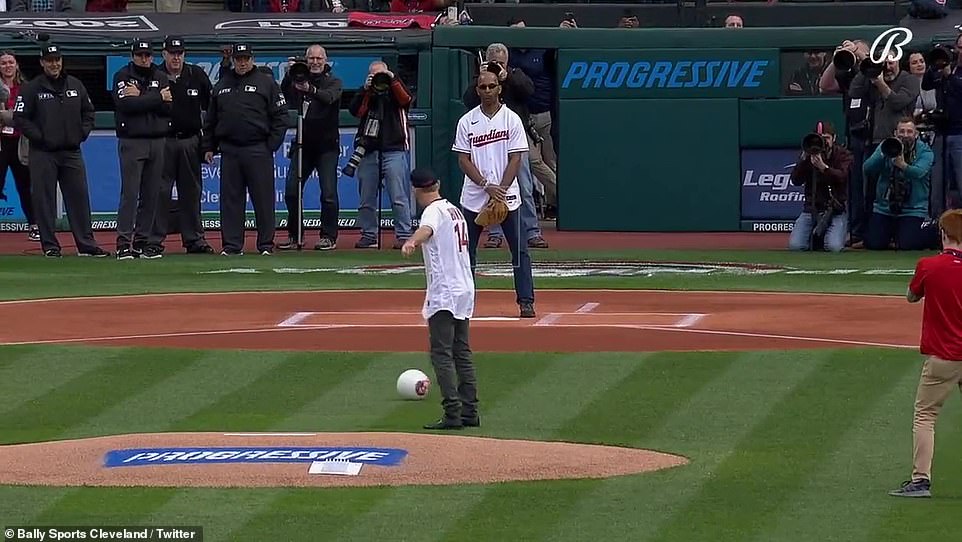 Finally, Hanks just went ahead and threw the ceremonial pitch to Larry Doby Jr., son of former Cleveland Indians star, all while Wilson rolled around in front of him. 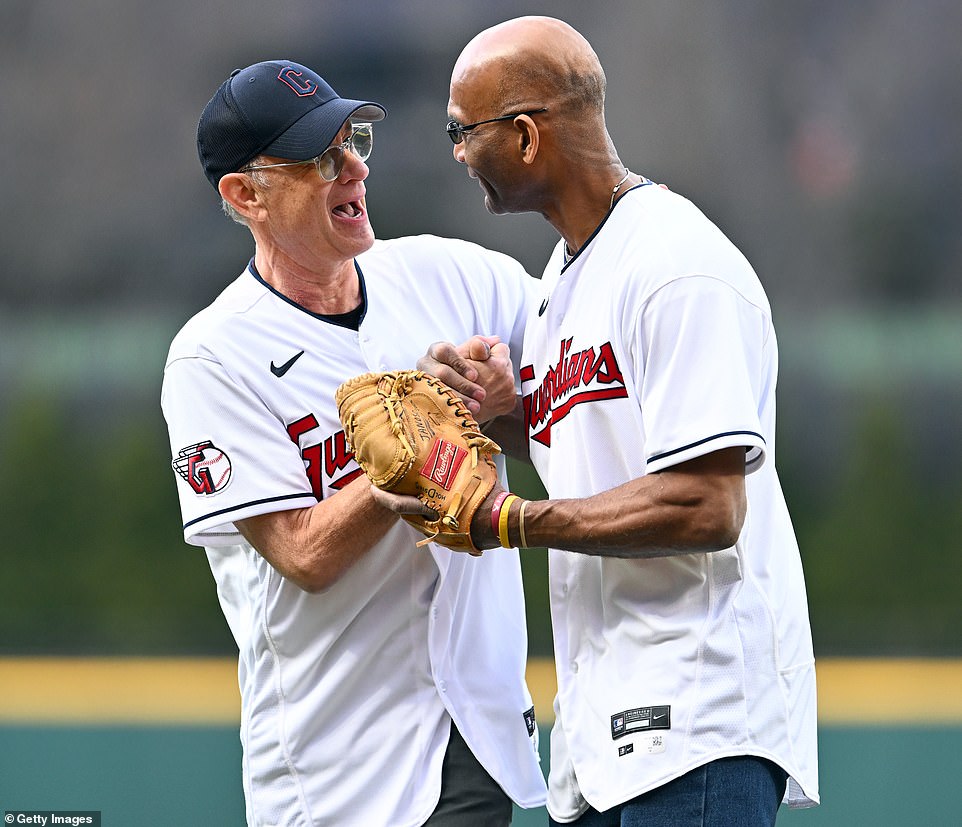 While Hanks stood a few feet in front of the rubber, he was able to make a pretty good pitch a couple of feet off the target of the catcher at home plate.