Home » Lifestyle » ‘They knew exactly what they were doing’: The moment that brought down a premier

‘They knew exactly what they were doing’: The moment that brought down a premier

Gladys Berejiklian’s final message as premier of NSW could not have been more pointed.

As she announced the end to her leadership and long parliamentary career, Berejiklian bemoaned that her demise was completely beyond her control. It went “against every instinct” she had in her. 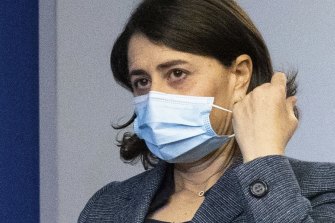 Instead, it was clearly a political hit job, according to Berejiklian, but not one instigated by the usual opportunistic political opponents.

Rather, it was the Independent Commission Against Corruption that made a calculated decision that would end her 18-year parliamentary career.

Berejiklian was not alone in her suspicions. One long-time senior Liberal said: “ICAC knew exactly what they were doing. Not a care for the lockdown or that we are in a pandemic. ICAC always plays the politics.”

She also did not shy away from suggesting the corruption watchdog could drag out the process.

“I cannot predict how long it will take the ICAC to complete this investigation, let alone deliver a report, in circumstances where I was first called to give evidence at a public hearing nearly 12 months ago,” Berejiklian said.

When the ICAC’s statement confirming their inquiry into Berejiklian’s conduct was released at noon on Friday, her political future was immediately uncertain.

It was always going to be untenable for her to remain as premier, although she could have chosen to stay and fight for her reputation from the backbench. She opted to resign from politics altogether.

To many, her resignation did not come as a surprise. For weeks, Berejiklian’s colleagues had been in a state of heightened anxiety convinced that ICAC was circling. Their fears were justified.

She survived round one of ICAC last year in which her secret five-year relationship with now disgraced former MP Daryl Maguire was sensationally revealed. Round two would be more difficult.

Berejiklian no longer has a support role in an ICAC inquiry, she is now the main act. Regardless of whether she or her party believe the watchdog’s timing was appropriate, the curtain had to fall on her leadership.

Is Kylie Jenner a Hypocrite for Putting Stormi in the Spotlight so Young?
Recent Posts