For decades, the Allied invasion of the French coastal town of Dieppe was seen by many historians as one of the most catastrophic failures of the Second World War. More than 3,500 of the 6,000 or so men who had landed on August 19, 1942, were captured or killed before survivors beat a hasty retreat. 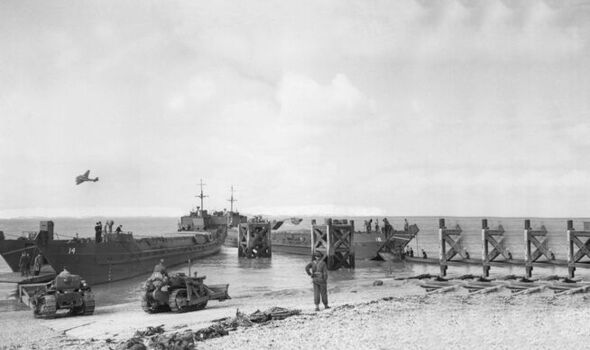 But with tomorrow’s 80th anniversary of Operation Jubilee, better known as the Dieppe Raid, this historical narrative is being reassessed. A new account reveals how a little-known British expert discovered vital information about top secret German radar under cover of the raid, information which saved thousands of lives on D-Day.

He examined enough of its sophisticated electronics to understand how it functioned, and forced the enemy radar operators to communicate by radio, leaving their messages open to interception by British intelligence.

It was a mission Nissenthall knew would very likely cost him his life. The 10 Canadian soldiers charged with protecting him had been ordered to shoot him dead the moment capture seemed likely. The risk of him giving away Britain’s radar secrets under Nazi torture was simply too high.

His daughter, Linda Nissen Samuels, 73, has now written a book about his extraordinary war, called The Man Under The Radar. The story is brought to life with eye-witness accounts from her late father’s own unpublished war memoir, The Wizard War.

Piecing together her father’s history, she discovered chief of combined operations Lord Mountbatten was aware of her father’s mission, but not fully aware of its risks. 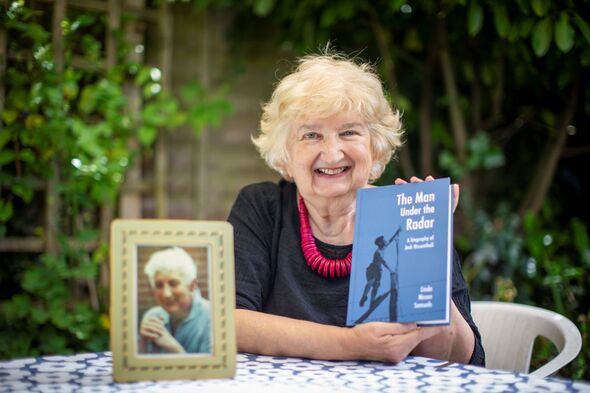 “Never at any time have I heard of sending out people with instructions to kill one of their own men,” he wrote later.

“Another failure of the machine below me was that nobody told me afterwards Nissenthall had returned safely. If I’d been told, he would most certainly have been decorated on the spot.”

Linda explains: “My father was very secretive about what he did during the war and it wasn’t until I was 13 that I learned he’d gone to Dieppe and nearly been killed.

“When I read his account and the very touching letters he wrote to my mother Dally, I knew I had to tell his story properly for the first time. Many people think my father deserved the Victoria Cross for what he did. His bravery under fire was extraordinary.”

Prince Charles and his late father, Prince Philip, knew of Jack Nissenthall’s role in Operation Jubilee and went out of their way to thank him for his service.

Jack was born in October 1919 into a loving Jewish family. His father Aaron, a tailor, and his mother, Annie, lived in Bow, east London. As a boy he was handy with a screwdriver, making crystal radio sets for friends and neighbours from the age of nine. At 16 he joined EMI, working on sound production and assembling and installing television sets. 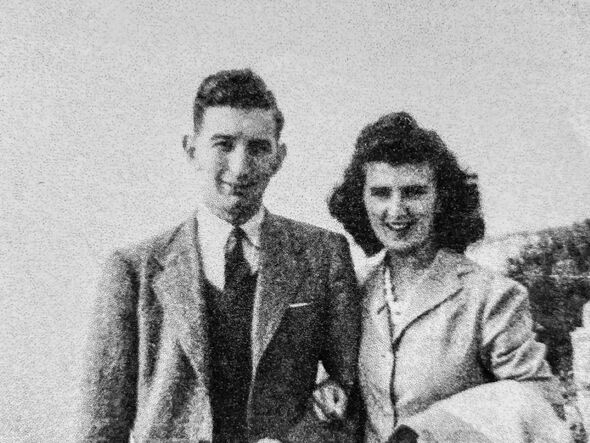 In February 1940, he joined the RAF as a radio mechanic and began training radar operators. They were dark times as the Battle of Britain raged over south-east England.

Jack recalled in his memoir: “It seemed the Luftwaffe could do as it pleased, burning and bombing wherever it chose. The stacked formations of bombers at times seem to swarm like locusts and fill the sky. Though I would never have admitted it, I felt in my heart that we could not win this war.”

To track bombing raids from occupied Norway, Nissenthall worked at a radar base in Rosehearty, north of Aberdeen, and later on England’s south coast.

In 1942, the Allies came up with a feasibility plan to liberate Europe by amphibious invasion, testing the German defences and their own capabilities by seizing a French Channel port. Dieppe was selected and Nissenthall volunteered for the raid, even though the German Freya radar system was heavily protected and the mission was thought difficult, if not impossible.

At an Air Ministry meeting in Whitehall a senior intelligence officer gave him a last chance to change his mind, stressing the “no capture” clause.

“I pointed out that 10 men of the South Saskatchewan Regiment had been detailed to ensure I complied with the instructions,” Jack wrote.

“I picked up the small bag enclosing my tools, which included a compact electronic test meter, a collapsible hacksaw, side cutters, pliers and various other devices to assist in the speedy dismantling of enemy radar.”

Jack was driven to Southampton to meet the Canadian troops sworn to protect him – or kill him. Twelve miles off Dieppe, he climbed into a landing craft to join the invasion force for the two-hour journey to the landing point at Pourville.

“The sea was choppy, salt spray splashing over the ramp of the landing craft. Our thoughts were all of eager anticipation of the coming fight,” he recalled.

Wading ashore, they came under heavy machine gun fire, which scythed through the mostly Canadian forces. Jack continued his account: “The machine guns kept us crawling and dodging into odd spots of cover, the mortar shells then flushed us out.

“The whole of the hill up to the clifftop where the radar station lay had been cleared of foliage and shrubbery in preparation for an attack. With persistent accuracy the alert German gunners fired down on us.”

Waves of Spitfires and Hurricanes joined the battle, with more than 80 shot down. During the firefight, Jack climbed a telegraph pole to cut the communication wires to the radar station. Although only ashore for a few hours, he was able to recall the radar stations’ technical specifications and work out which wavelength the Germans were using.

It was a major intelligence breakthrough that helped British scientists create a radar jamming device called Mandrel, used on D-Day. 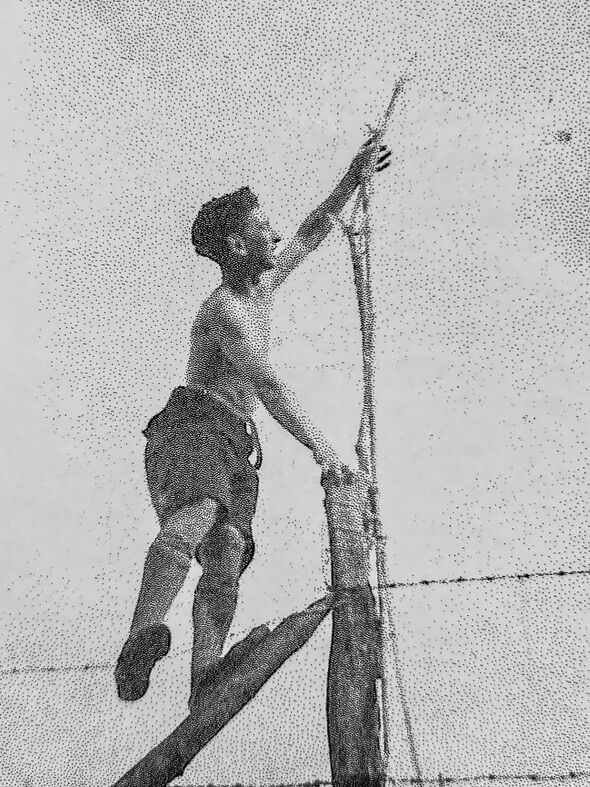 “My personal position was now indeed dire,” he recalled in his manuscript. “My promise still stood: capture seemed inevitable and rather than be captured I was contracted to be killed or intended to commit suicide, and capture now seemed completely inevitable.

“I firmly tied two primed grenades to my webbing belt, one on my left and the other on my right. If hit and wounded on the run, I intended to detonate one or both of these grenades. It would have been all over very quickly.”

Under fire, Jack sprinted along the beach and somehow found an undamaged landing craft. Having made it back to the UK, his fiance Dally later removed a piece of shrapnel from his leg.

As well as nearly 5,500 Allied troops killed, wounded or captured, the RAF lost 106 aircraft and the Royal Navy lost a destroyer and 33 landing craft.

“Nobody expected a picnic and despite the sneers of some present-day critics, I think I speak for the vast majority of men at Dieppe when I say we are fiercely proud of having taken part in that bloody, heroic but intensely instructive debacle. It has been said that each Canadian death at Dieppe saved at least 10 men on D-Day.”

Following Dieppe, Admiral Lord Louis Mountbatten, Chief of the Combined Operations, decided there should be no attempt to take a harbour by force on D-Day. Instead, “Mulberry” harbours were towed across the Channel and intense pre-landing bombardment was agreed.

Later in the war, Jack travelled to Egypt to set up a radar station and stayed there until June 1945.

He married Dally the following year at Stoke Newington Synagogue, London. After the end of hostilities, he left the RAF and the couple emigrated to South Africa where he opened a radio repair shop in Pretoria. He also shortened his name to Nissen.

“They had a very happy life in South Africa,” says Linda. “They were devoted to each other.

“I was very moved by the letters they wrote to each other in those difficult war years. They had been through such awful times during the war they enjoyed the peace and good weather of South Africa. I was born there along with my brother Paul, who still lives there.”

In 1977, the family moved to Canada, where Jack was honoured for his role in the Dieppe Raid by the Canadian government. 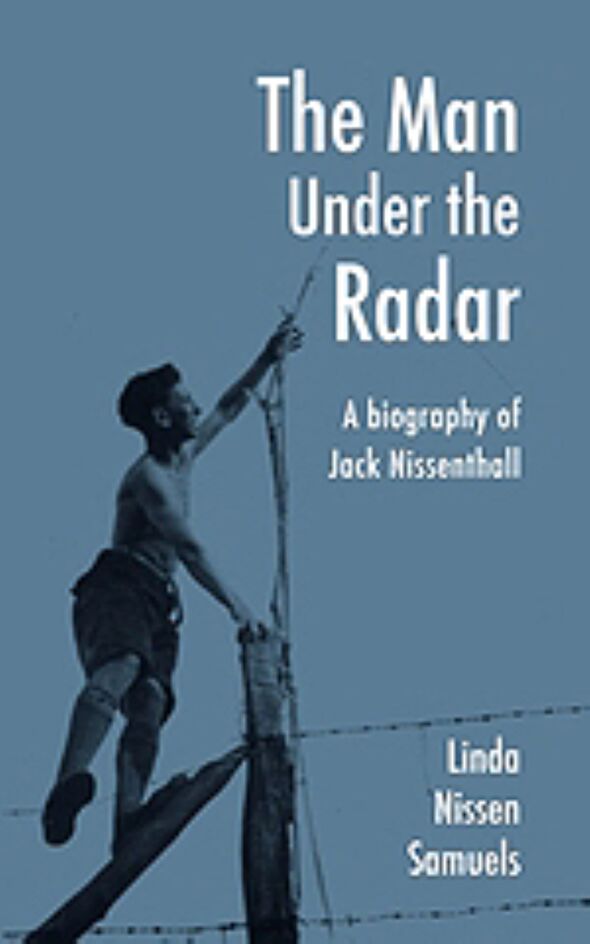 When Prince Charles visited Toronto with Princess Diana in 1991 he asked specifically to meet him. The following year – the 50th anniversary of the raid – Prince Philip also met the modest hero during a reunion event in Sussex.

Jack died in Toronto in 1997, aged 77, without receiving any special honour from the British government. However, Linda is very grateful for an unofficial tribute from Prince Charles at the 250th anniversary of the Board of Deputies of British Jews.

The Prince said: “I just want to recall and recognise the fact that in two World Wars British Jews made an outstanding contribution to the defence of our values and of our liberty, on land, at sea and in the air.

“I know that my great uncle, Lord Mountbatten, was enormously proud of the Jewish airman, RAF Flight Sergeant Jack Nissenthall, a radar specialist.

“He knew that he would have to be shot by his own men if he was about to be captured, but he went ashore at Dieppe in 1942 to examine a crucial German radar station on the cliff top.”

For Linda, the royal recognition was very special. “A fitting tribute to an ordinary man blessed with extraordinary gifts and great heroism, my father,” she adds.

The Man Under The Radar by Linda Nissen Samuels (Chiselbury, £19.99) is out now via Amazon or chiselbury.co.uk/bookstore.