Prince William and Catherine, Duchess of Cambridge celebrated their 2011 wedding with a towering fruit cake. This type of cake is traditional to royal weddings and contains dried fruit, chopped walnuts, and chopped dates to produce a hearty dessert. In total, it was three feet in height and had eight layers. The most shocking statistic of all? It weighed a whopping 220 pounds. However, Prince William and Kate Middleton had a second wedding cake which contained a surprise ingredient beloved by Britons and was smaller than their official wedding cake. Any guesses to what it contained? 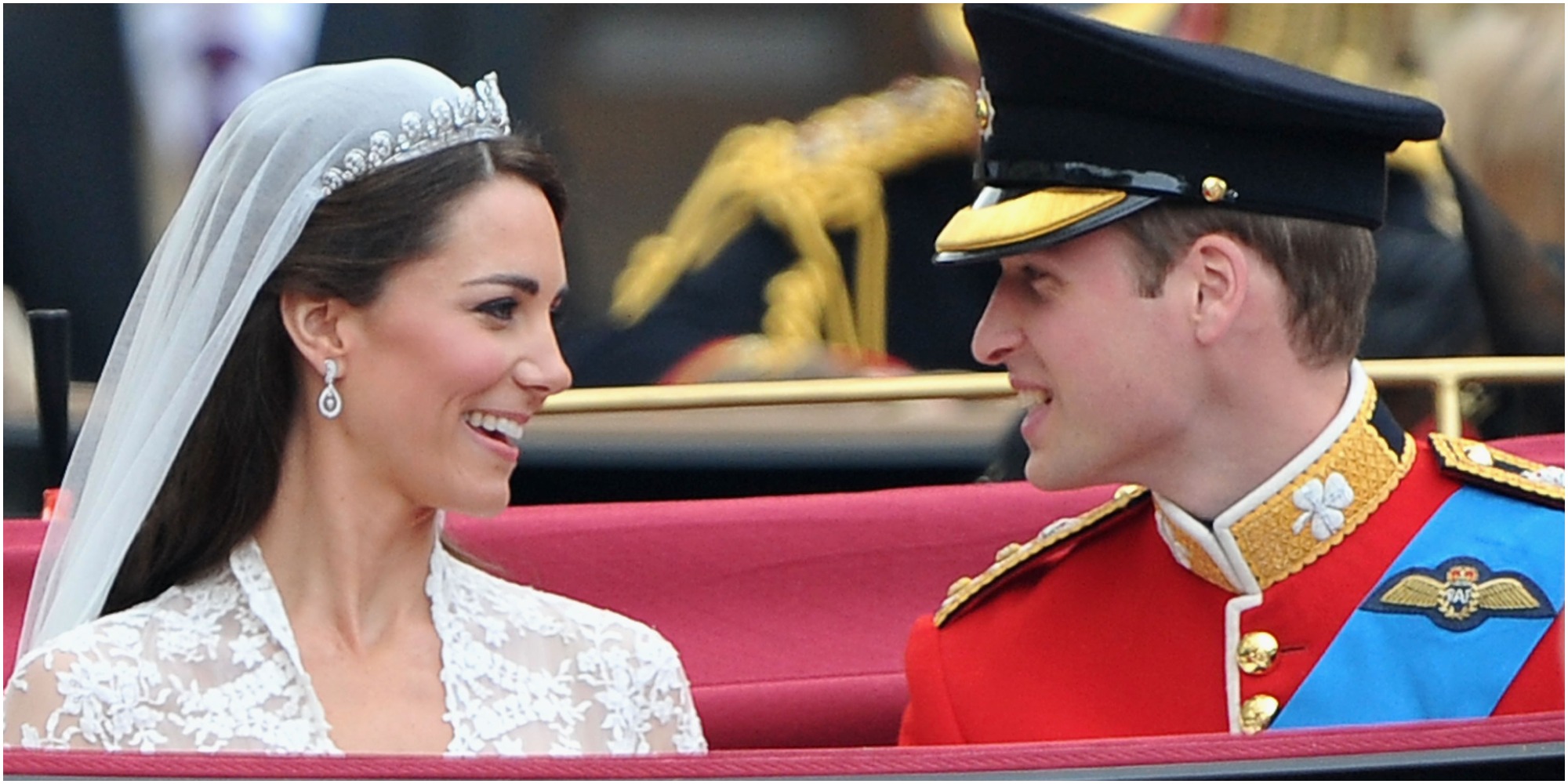 William and Kate‘s official wedding cake was a showstopper. The fruitcake was not only large in size and weight, but it also was grand in design.

The dessert featured the couple’s monogram on its front.

Subsequently, each tier of the cake had different floral designs, all handcrafted out of sugar, reported Brides Magazine. Each represented the national flowers of the United Kingdom nations, including lily of the valley, Irish shamrock, English rose, Scottish thistle, and Welsh daffodil.

The cost for this stunning dessert? Brides reported it was estimated to cost around $80,000.

In comparison to his and Kate’s over-the-top wedding cake, Prince William requested his groom’s cake to be one that contained his favorite childhood flavors.

The Royal Collection Trust revealed the ingredients of William’s Chocolate Biscuit Cake, and surprisingly, its base contained Rich Tea biscuits, a cookie beloved by Britons as a snack with tea or coffee.

Reportedly William loved a classic dessert called Tiffin cake. This dessert was what he wanted replicated for his groom’s cake.

Rich tea biscuits are plain in flavor, making them suitable to eat with a hot beverage or topped with butter or jam.

For the ganache, all that is needed is dark chocolate and whipping cream.

How to make the wedding cake

Making the cake at home couldn’t be simpler.

Grease a springform pan and line with parchment paper, so the cake does not stick to the sides.

Take the biscuits and break them into small pieces around an inch or so in size. Place the broken biscuits in a separate bowl.

To this mixture, add the water and biscuit pieces. Mix well. Take the mixture and push it into the form evenly. Place in the refrigerator to cool and firm up.

Remove the cake from its springform pan and place it on a wire rack over a baking sheet to catch the excess topping.

Pour the ganache over the top of the cake. Let stand until the ganache is set. Decorate as desired.