Home » Lifestyle » The street where I grew up: Michael Morpurgo, 78 The street where I grew up: Michael Morpurgo, 78

The street where I grew up: Michael Morpurgo, 78, author of War Horse and former children’s laureate shares memories of Philbeach Gardens, London SW5

My early childhood was spent in a first-floor flat on Philbeach Gardens near Earl’s Court in postwar London. We’d play football, war games and conkers in the street and in what was left of the house next door, which was a bomb site.

Milk was delivered by horse and cart, and I’d go shopping with my mother Kippe and proudly carry the ration book.

The food we ate was plain, but I do remember apples with a label on the bag saying, ‘From the people of Canada’. I’ve liked Canada ever since.

I’d spend my pocket money on lemon sherbets at the sweet shop on the corner. An old soldier would sit outside. 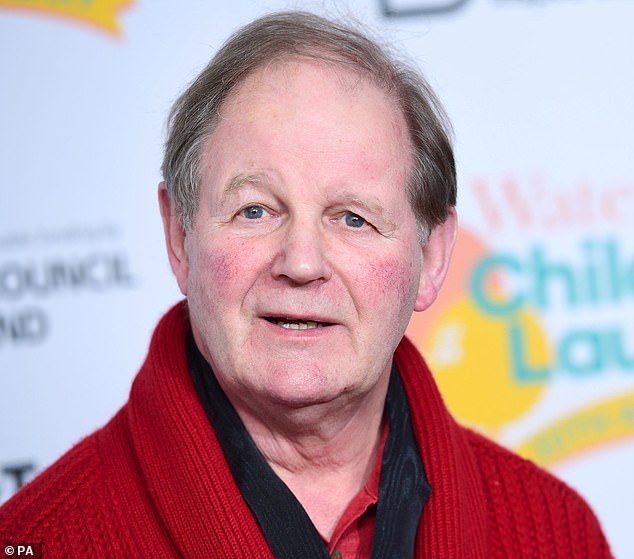 He had a cap on the ground for money and a snappy Jack Russell. I was frightened of the dog, but of something else much more. If you got close, you could see one of his trouser legs was folded up neatly over a stump.

In many houses there were memorials because somebody had been killed. In my case my uncle Pieter, who was in the RAF, had died aged 21 when his plane crashed.

His photograph was on the mantelpiece and I remember my mother crying on his birthday.

My mother, whose father was from Belgium, was an actress and would read to my brother Pieter and me, bringing the Just So Stories and poems by Walter de la Mare to life, playing all the parts and doing accents. But when I went to my first school, St Matthias round the corner, I came to hate words and books. 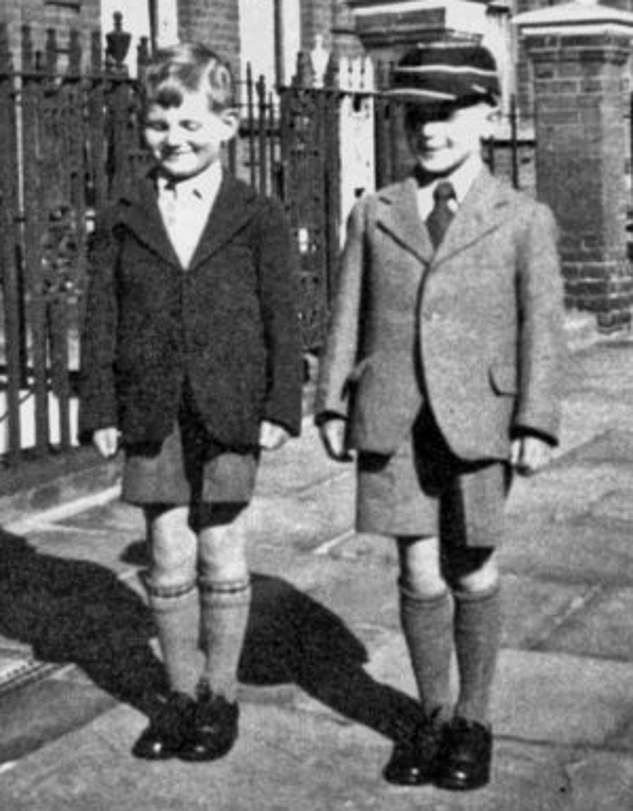 Michael (left) aged six and brother Pieter in the street outside the flat they lived near Earl’s Court in postwar London. The children would play football, war games and conkers in the street and in what was left of the house next door, which was a bomb site

It was no longer about the music of the words or excitement of the story, but about spelling, punctuation, handwriting and tests, and if you didn’t do well in them, detention.

My handwriting was spidery and splodgy, and I still can’t spell very well. I did however win a book at school as a prize, which I still have – I got it for something called ‘effort’.

One Christmas our teacher wanted to put The Owl And The Pussy-cat on stage and our homework was to learn it. My mum used to read it to us, so while everybody else was stumbling around, I recited it word perfect.

I was cast as the Owl and luckily for me the Pussy-cat was played by the girl I was in love with – she didn’t know, I just looked at her from afar. But now I was to be sitting in a boat singing her a love song while strumming a guitar.

I was fine in rehearsals but on the day all the parents came, the words wouldn’t come, even when the teacher tried to nudge me. Then the girl took the guitar from me and sang the song herself and saved my life – it was the most wonderful thing to do.

My mother and my proper father Tony Bridge met as actors but their relationship became collateral damage from the war. He was with the Army in Iraq and they’d been apart for three years when my mother met Jack Morpurgo, an editor at Penguin Books.

Divorce followed, and the blasted war did that. No one spoke about it. Jack married my mother in 1947, and we moved to Philbeach Gardens.

I never knew my real father while growing up. Then in 1962 I was watching a TV version of Great Expectations with my mother.

At the moment when Pip is in the graveyard, and suddenly the hideous convict Magwitch rears up from behind a gravestone, she said, ‘Oh my God, it’s your father!’ The secret was out, and nine years later I finally met him.

Super Blood Moon horoscope: How May Full Moon will affect YOU