Home » Lifestyle » The Morrison cabinet meets itself coming the other way The Morrison cabinet meets itself coming the other way

The Morrison Cabinet was in uproar.

“Who the hell forgot to order the vaccines?” demanded Health Minister Scott Morrison. 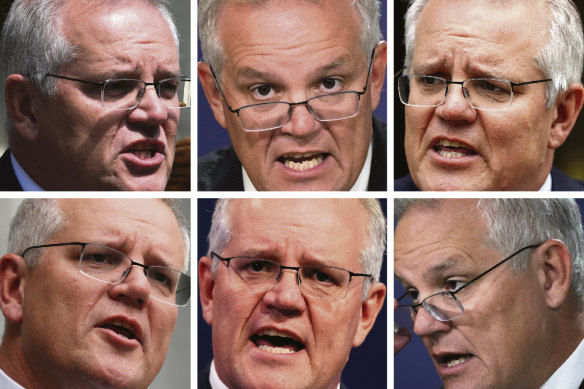 It turns out Scott Morrison wore many, sometimes invisible, hats during his tenure.Credit:The Age

“Fairly sure that was you,” ventured Finance Minister Scott Morrison.

“How in pity’s name could that have happened?” roared Prime Minister Scott Morrison.

“They were going to be very expensive, and you know we are committed to responsible economic management,” said Finance Minister Morrison.

“But turns out we needed the things and now the voters are getting restive,” said Prime Minister Morrison.

“Anyway, how much were they going to cost?”

“Blame it on the little bloke who thinks he’s the health minister. Hunt. Silly enough to get himself sworn in publicly, so the voters will think he’s responsible.”

“Good idea. Meanwhile, get rid of that bloke Cormann who thinks he’s the finance minister,” said Finance Minister Morrison. “Toss him the keys to the plane and send him off around the world to scare up votes for whatever foreign job he wants this week.” 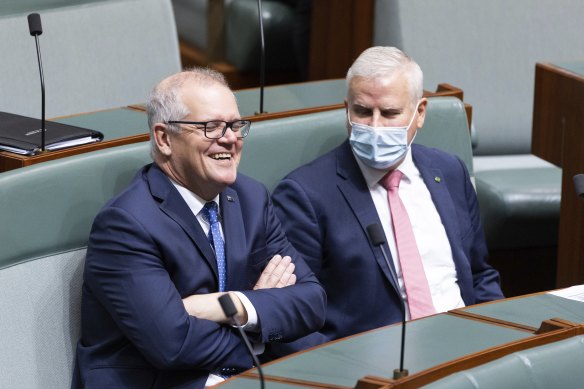 It has been revealed that the former prime minister is also the former health and finance ministers.Credit:Alex Ellinghausen

“But where will we get the money for the vaccines?” asked Health Minister Morrison. “And people are talking about RATs, whatever that could mean.”

“I’ve got an idea,” piped in Resources Minister Scott Morrison, who had been quietly listening to himself with interest.

“Ring up Clive Palmer and tell him he can open up another coal mine. He’s always at me. Put the squeeze on him for a couple of billion.”

“Hmm. Not a bad idea, but Palmer’s the wrong mark. Unreliable. Tossing his spare change at some new party. No. Make it Gina or Rio or something. No one cares about them digging up half of Western Australia. Who’d notice? Whole place is closed anyway. We ought to support big Clive’s court case to force the West open. Be a bit of lark, eh?” said PM Morrison.

“Not sure how that’d go in National Cabinet,” said Health Minister Morrison.

“Well, that about wraps things up for the moment,” declared PM Morrison, looking meaningfully at himself.

“By the way. Been thinking about the next election. Need a home-run slogan: ‘All things to all men. Under heaven.’ Has a ring to it,” PM Morrison said.

“Send in Porter, will you? And the governor-general, if absolutely required,” the PM ordered. “I need to be granted a few more portfolios.

“Don’t mention it to Porter, but I’ve got a lusting to be attorney-general, too.”

Fran Kelly is fine and familiar, but she’s not the future of the ABC