Home » Lifestyle » The Golden Globes are back, but it’s not quite business as usual The Golden Globes are back, but it’s not quite business as usual

Weighing in at 3.5 kilograms, the Golden Globe is a hefty little chunk of zinc, brass and bronze. Unlike his anthropomorphised cousin Oscar, however, this old man is sitting at a crossroads in his 80-year-old life.

Two years of reputation-damaging headlines turned the once-revered awards season gala into an industry pariah. Its telecast was warehoused by NBC for a year. And its organising body was pressured into making structural changes after criticism that it was not diverse enough, and accusations of self-dealing. 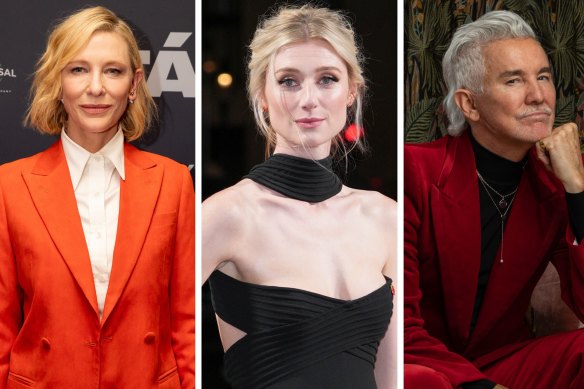 As the film industry’s so-called “awards season” gets under way in Hollywood, and the Golden Globes return from the wilderness on January 11 Australian time, however, various industry stakeholders are still watching from the sidelines. Tellingly, after decades of multi-year deals, NBC’s broadcast deal for the Globes is a one-year agreement.

What happens in the next week will shape the future of the Globes, and perhaps even “awards season” itself.

As a country that has long batted above its weight in a range of fields, Australia naturally has skin in the game. Among this year’s Golden Globe nominees: Cate Blanchett (Tár), Hugh Jackman (The Son), Margot Robbie (Babylon), Baz Luhrmann (Elvis) and Elizabeth Debicki (The Crown).

In the Globes’ favour is the fact that the nominations seem to have hit many of the right notes. Elvis, Top Gun: Maverick, The Fabelmans and Tár are among the best film nominees, Brendan Fraser is up for best actor, and Blanchett, Viola Davis and Michelle Yeoh are among the best actress nominees. 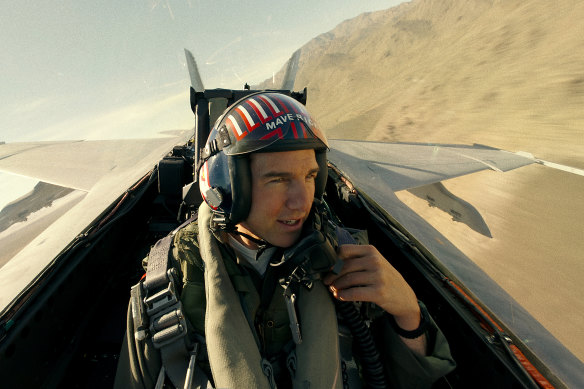 But there are oversights, too. There are no women nominated in the best director category, with potential contenders such as Sarah Polley (Women Talking) and Gina Prince-Bythewood (The Woman King) overlooked. Tom Cruise — who famously declared he would return his Golden Globe awards in the midst of the scandal — is absent from the best actor category for Top Gun: Maverick, arguably the best film of the past decade, and perhaps his career, too.

There are also zero nominations for both Emancipation — which is likely paying for the sins of its star Will Smith, who delivered the slap heard around the world at last year’s Oscars — and the most expensive TV series ever made, Amazon’s half-billion-dollar The Lord of the Rings: The Rings of Power.

Central to the fate of the Globes is the reputation of its governing body, the Hollywood Foreign Press Association. It took a battering in the past two years amid accusations of financial and ethical lapses. In response, the organisation undertook a series of reforms.

But measuring the mood between the two sides — the Hollywood Foreign Press Association on one, and on the other the PR and talent agencies, and the groups Color of Change and Time’s Up — is difficult to discern. The Globes are back, but it’s not quite business as usual. How the Globes play out, who turns up, what is said on the night and how well the telecast rates are all still factors in play. 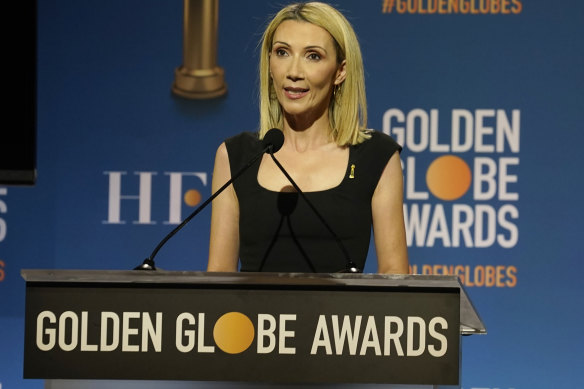 There are now about 104 members of the Hollywood Foreign Press Association, up from 85. (Most sources list 105; however, one member was expelled in August after accusations of sexual misconduct.) Post-reform, the membership is about 57 per cent female, and almost 35 per cent Asian, Black or Latinx.

These are now also 103 international voters, who are not Hollywood Foreign Press Association members but who were recruited via international industry organisations and foreign film festivals. The new voting block is almost 60 per cent non-white, and about 25 per cent either Black or Latinx.

In a sense, it is the addition of those 103 international voters — less likely, as a group, to vote with the capricious unpredictability of the Hollywood Foreign Press Association — which will have had the least visible, but most profound impact on the nominations for the Globes.

In an interview in December with The Hollywood Reporter, association president Helen Hoehne said the organisation had “built a new infrastructure that transformed it and the awards show into something that is more diverse, transparent and responsive”. 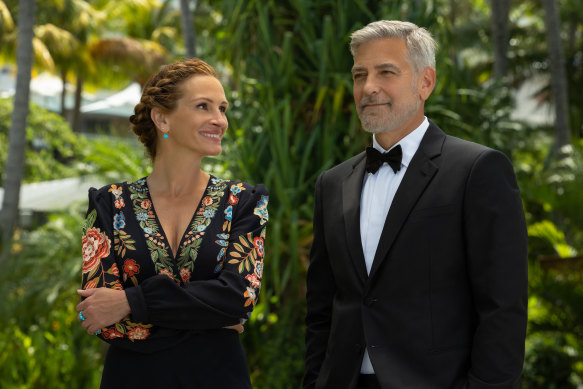 Julia Roberts received a nomination for Gaslit, but not for Ticket to Paradise with George Clooney.

Reshaping the voting demographic means that A-listers who might once have been walk-up starts for the Globes are missing this year. Cruise is out. And Julia Roberts snagged a nomination on the TV side for Gaslit, but was ignored in the film categories for Ticket to Paradise. Throughout this year’s Globes nominations, there are surprising, and artful inclusions: The Banshees of Insherin, Ana de Armas for Blonde and others.

Hollywood’s “awards season” falls between November and March and includes about a dozen key events including the Gotham awards, the New York and Los Angeles Film Critics Circle awards, the Globes, the Critics’ Choice Movie awards, the Producers, Screen Actors and Directors Guild awards, the British Academy Film Awards and, finally, the Academy Awards on March 13.

It is perhaps too early to see trends emerging — only the Gotham, Los Angeles Film Critics and New York Film Critics awards have been held so far — but there are some early signs: the films Everything Everywhere All at Once and Tár, and Todd Field’s screenplay for Tár, have dominated. The Critics’ Choice Movie awards, scheduled for January 16, was hyped as a Globes replacement, but has never quite locked itself into position.

The real predictor, if you’re old-fashioned enough to go with the science, is the Producers Guild awards, which are not due until the end of February. The guild’s Darryl F. Zanuck award – the equivalent of best picture – has foreshadowed 23 of 33 “best picture” Oscar winners since the awards began. Even a gambler would have to concede a 70 per cent success rate is hard to argue with.

The 80th annual Golden Globe awards will broadcast live from 11am AEDT Wednesday, January 11 on Stan, (owned by Nine Entertainment which also owns this masthead).

This $5 Catnip-Filled Toy With Over 18,000 Reviews Provides Your Cat with Hours of Fun & Improved Dental Health
Recent Posts