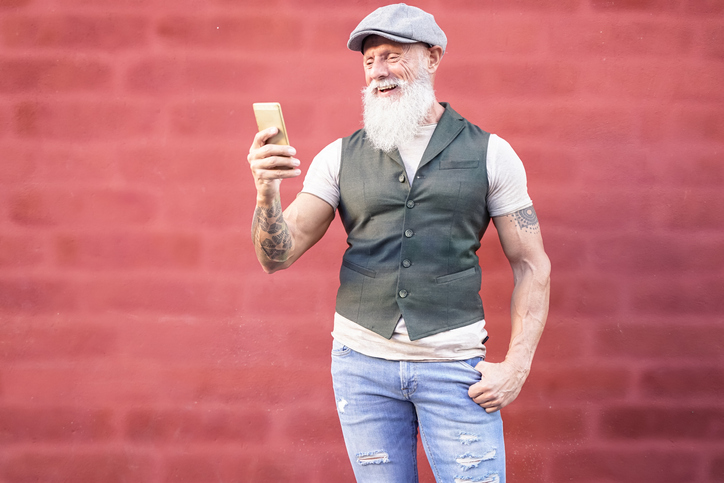 If you’re millennial or above, you really shouldn’t be obsessed over what Gen Z thinks about you.

Have you ever wondered, though, the things that they cringe at, that make us all seem geriatric to the younger generation?

Wonder no more, as new research from polling company Perspectus Global has revealed the traits people have that makes them look old.

Seemingly-innocuous things like ordering a cappuccino or wearing comfortable shoes are glaring ommissions of being past-it to those under 30.

Researchers polled 2,000 adults under the age of 30, with 19% of Gen Z Brits agreeing that as soon as you become obsessed with bin day, it is game over for your youth.

45 was officially found to be the age you become ‘over the hill’, with the study putting 42 at the age young folks think we should hang up our dancing shoes and never go clubbing again.

‘Lads’ or ‘girls’ nights out on the town are also expected to be be wound down by the time you have celebrated your 45th birthday, according to the poll.

Ellie Glason from Perspectus Global, who commissioned the survey said, ‘Our latest research suggests that the cappuccino could soon be a thing of the past, along with Facebook, M&S underwear and asking for milk and two sugars in your tea.

‘The survey also suggests Gen Z’s reckon anyone over the age of 42 should not go clubbing.

‘But with night life set to reopen this summer, we say you are never too old to hit the dance floor.’

Check out the top 25 habits that show your age, as well as the percentage of respondents who said it was a dead giveaway you’re 30 or beyond.