The Challenge: All Stars Led to Major Friend Fallout for Trishelle Cannatella (Exclusive)

“I did have conflict with someone who I was really good friends with … and we actually still have not spoken, which is a bummer.”

Returning to “The Challenge: All Stars” did not go the way Trishelle Cannatella thought it would.

The “Real World: Las Vegas” star, now 41, is one of the twenty-two reality TV vets brought back into the fold for the new Paramount+ series, which finds them battling it out in the Argentinian Andes for a $500,000 prize. But the cast members aren’t the spring chickens they used to be; for some, it’s been over 20 years since their reality TV debuts — and they certainly felt that passage of time when it came to the competition.

“I guess this was wishful thinking on my part and me making the best out of what I thought the situation was going to be, [but] I was totally expecting a situation where we’re all hanging out, having cocktails in the afternoon by the pool,” Trishelle told TooFab. “And I didn’t think it was going to be that difficult.'” 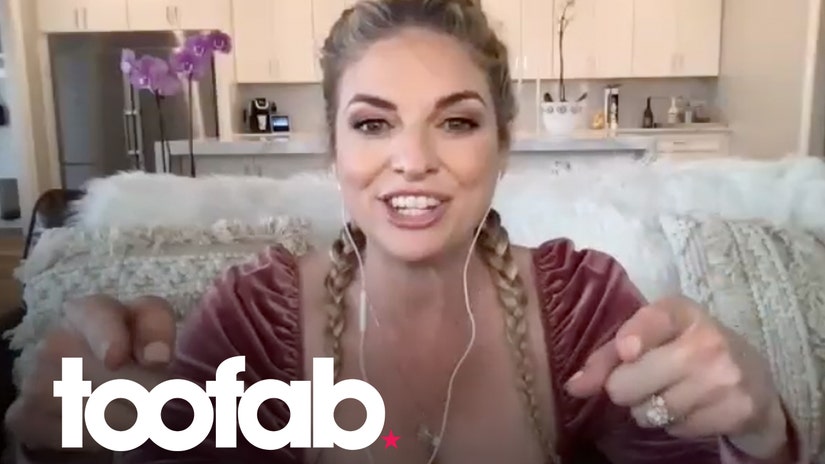 “And then we see TJ and he’s like, ‘Make no mistake this is a real Challenge,'” she continued, revealing she thought he was just embellishing for the cameras. “I used to run track, like 25 years ago, so I was like, ‘I can do this! I can do this!’ No. The first challenge, people like Alton [Williams], who’s one of the most physically fit specimens of a human that I’ve ever met in my whole life, he was like, ‘Trishelle, I thought I was going to die.’ It was horrifying. It was very, very hard.”

TooFab has seen the first episode and can confirm many of the contestants had a really hard time with that opening challenge — with many falling victim to the icy temperatures of a mountain spring almost immediately. “It’s crazy that they did this to us,” added Cannatella, who admitted she really didn’t do any fitness training at all before heading out to film.

“I don’t think I was necessarily there for my athletic prowess,” she added. “I’m just good at the in-house drama stuff.” And while the challenges may have gotten harder, Trishelle explained why it was still incredibly easy for these 40-somethings to fall back into the drama of it all. 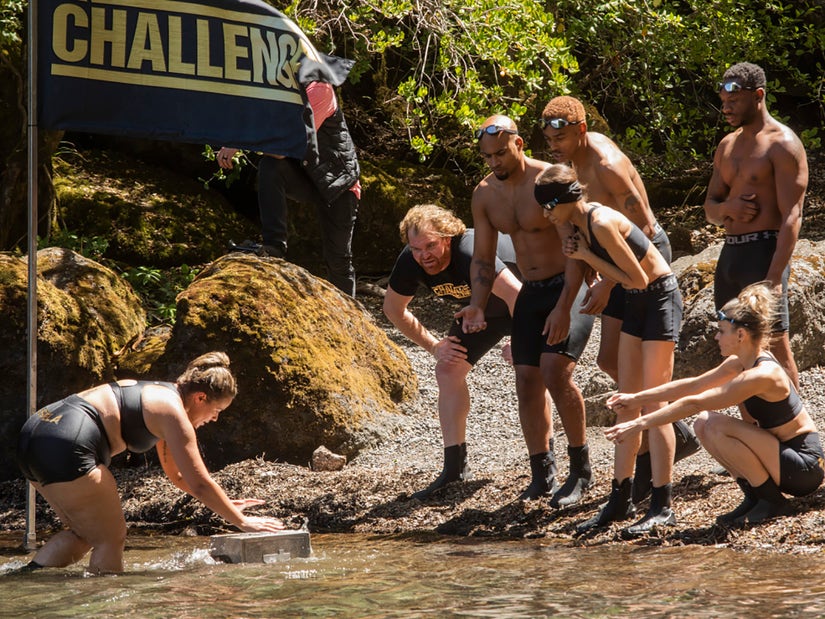 “I did have a conflict with someone who I was really good friends with, and we actually still have not spoken, which is a bummer,” teased Trishelle. “‘The Challenge’ was a really good experience overall, but I forgot how you can get very paranoid in that moment and that situation. And there’s moments where maybe my emotions were super heightened because of the situation that you’re in, and everybody around you, and I’m 41 years old, I’m not used to sharing a room with four people. That’s not my life. So, it was really hard for me, and I think I had more heated reactions than I normally would. But again, that’s why I’m there. I don’t hold back.”

When we asked about a fight between her and good friend Katie Cooley that appears in the trailer for the season, Cannatella would only said that it “wasn’t a picnic.”

“In my mind, I thought I was going to be so much cooler and more laid back and just like this classy babe and I’m just the same person I was I guess,” she exclaimed. “Look, sometimes I can’t hold my tongue, and it is what it is, but I said what I said.”

Though Trishelle was “a little bit concerned” to see former “Las Vegas” housemate Alton Williams and nervous about reuniting with Aneesa Ferreira following tensions from their 2013 “Rivals II” appearance, she was also thrilled to see returning favorites like “The Godfather” Mark Long, the “iconic” Teck Holmes and Nehemiah Clark. While her “Rivals II” experience left her with a bad taste in her mouth for the show as a whole, Cannatella said it was, thankfully, a much different rodeo this time around.

“I was concerned because I feel, my personal opinion, there’s some of the guys on the show that I don’t enjoy, that I’ve previously done shows with, that I feel like it’s very ‘male toxic’ culture,” she explained. “I don’t love it, but the guys on this Challenge, I will say, I loved all of them.”

“They were so incredible, so amazing, and I swear to you, you know me, I’m not afraid of it, I would tell you if there was anybody I didn’t like,” she added. “Everybody was really great, and we were dying laughing, me and the girls, because we’d be sitting down outside, and the guys were like, ‘Do you girls need anything? Are you cold? Do you want a jacket? Do you want some wine?’ And people were like, ‘This has never happened on a Challenge.’ The guys are terrible normally, but the older guys were just pampering us. It felt really good.”

Watch the video above to see which housemate surprised Trishelle the most this time around — and find out what she’s been up to since stepping away from reality TV in 2013.

“The Challenge: All Stars” premieres April 1 on Paramount+.

Jordan Fisher Races Into Arrowverse As Bart Allen On ‘The Flash’