Home » Lifestyle » Tapping the pork barrel: How the Yarra divides millions in grants Tapping the pork barrel: How the Yarra divides millions in grants

The Yarra River has become the dividing line between government grant haves and have-nots of Melbourne, with tens of millions of dollars poured into Liberal-held or at-risk seats across the city’s east while the west goes without.

A special breakdown of more than 19,000 federal grants over the past three years reveals the nine Liberal electorates east of the Yarra have shared in more than $86 million while over the same period, nine Labor-held seats west of the river have shared just $14 million. 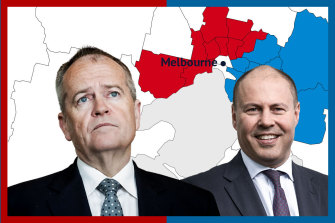 South-east Melbourne was a key battleground at the 2019 election as the Coalition sought to hold on to the marginal seats of Chisholm and Dunkley. There were also fears key ministers including Treasurer Josh Frydenberg and Assistant Treasurer Michael Sukkar could lose their seats to Labor or high-profile independent candidates.

Labor-held seats to the west of the Yarra are among the safest in the country including Scullin, Fraser and Calwell, which were held with margins of more than 20 per cent.

The Age and Sydney Morning Herald breakdown of discretionary grants allocated under 11 separate programs shows the different treatment across Melbourne.

Sweeping west from the upper northern reaches of the Yarra are nine contiguous Labor seats. Starting from Jagajaga, they take in Scullin, Cooper, Lalor, Calwell, Wills, Maribyrnong, Gellibrand and Fraser.

Together, they collected $14 million in grants, with Calwell, covering the expanding suburbs north-east of Tullamarine airport, getting the largest amount of support at $3.8 million. In the inner-west around Footscray, the seat of Gellibrand received $3.7 million.

To the east of the Yarra is a very different story.

Here, nine contiguous Liberal-held seats sweep from Eltham in the north all the way around to Lilydale in the east and down to Brighton on Port Phillip Bay.

As soon as this boundary is crossed, support for Labor-held seats in Melbourne’s south-east dries up. Electorates such as Bruce ($2.8 million), Isaacs ($1.5 million), Hotham ($2.3 million) and Holt ($2.2 million) all received substantially less than their Liberal-voting neighbours.

Dunkley was a key marginal seat at the 2019 election. Held by the Liberal Party’s Chris Crewther, it was the centre of a bidding war from both parties. It received $10.6 million in grants. To its south sits Flinders, held by retiring Health Minister Greg Hunt, which has received $12.8 million in assistance.

The grants do not take into account the contentious commuter car park fund, which a report by the  Auditor-General found overwhelmingly favoured Liberal-held seats across eastern Melbourne.

Four car parks were promised to Kooyong, five to Deakin, three to La Trobe, six to Goldstein and two to Menzies.

Labor member for Scullin Andrew Giles said the figures showed his seat received $7 per elector while across the nine Liberal-held seats east of the Yarra the average was $243 per head.

“No wonder the Morrison government is addicted to secrecy – it’s because they are addicted to rorting. These figures are shocking and, frankly, disgusting,” he said.

“It’s treating people in the north and west with contempt, and treating public money as a Liberal Party ATM.”