Home » Lifestyle » ‘Talks out of both sides of his mouth’: Dreyfus wants Dutton to decide on Voice

‘Talks out of both sides of his mouth’: Dreyfus wants Dutton to decide on Voice

Attorney-General Mark Dreyfus has challenged Opposition Leader Peter Dutton to make clear whether he supports the principles of an Indigenous Voice.

In his first interview of the year and most expansive comments on the Voice so far, Dreyfus posed two questions he said Dutton must answer to be “upfront with Australians”. 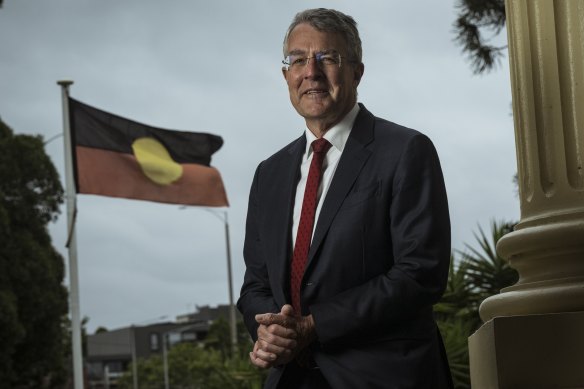 Attorney-General Mark Dreyfus has told Peter Dutton to declare a position on the Voice.Credit:Chris Hopkins

Dreyfus also dismissed the Liberal leader’s appeals for more detail as disingenuous and rejected concerns about the role the High Court could play in interpreting the scope of the body.

“The first of those [questions] is does he support amending the Australian Constitution to recognise Australia’s first peoples? And the second is, does he acknowledge that when Aboriginal and Torres Strait Islander peoples have a say in the laws and policies that affect them, the outcomes are better?

“If the answer is yes to both those questions, both those points of principle, then he supports a Voice enshrined in our Constitution, ready to give advice to the government of the day,” Dreyfus said.

Dreyfus said Dutton’s interventions, which have included issuing the prime minister with a list of 15 questions about the Voice he wants answered, demonstrated a “strange way” of showing his support for advancing reconciliation.

“I think it’s time to stop talking out of both sides of his mouth. The issue is too important to Australia,” Dreyfus said.

Dutton on Sunday confirmed his support for constitutional recognition of Indigenous Australians but has so far declined to say whether he is prepared to support the referendum or whether the Liberal party room will have a free vote. Instead, he stepped up his demands for more detail by calling on the government to release a draft bill detailing how it planned to legislate a model for the Voice.

The Nationals have already resolved to formally oppose the Voice, with Senator Jacinta Nampijinpa Price emerging as a leading No campaigner.

The Greens are yet to finalise their position, but divisions are emerging in the party room with First Nations spokeswoman Lidia Thorpe highly critical of the proposal, while Senator Sarah Hanson-Young has declared she will support the yes campaign and expects other colleagues to do the same.

Dreyfus said politicians were “creating confusion” by continually posing questions about detail, saying there was enough clarity already about the broad principles underpinning the Voice. 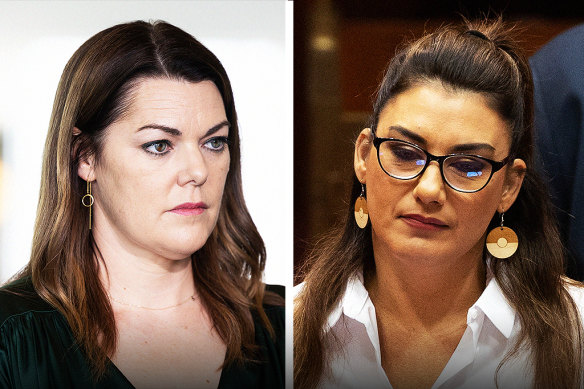 “What [Dutton] is doing is the equivalent of someone in 1898, when the final drafting of the Constitution was taking place saying, ‘I’m not prepared to agree to a system of free and fair elections until you show me a draft of the Commonwealth Electoral Act’. That’s not the way we proceed with constitutional change.”

When pressed on why the government would not commit to the 24-member Voice model proposed by Aboriginal leaders Marcia Langton and Tom Calma in their landmark 2021 report, Dreyfus made clear a detailed model would not be debated until after the referendum.

“I’m looking forward to the referendum succeeding and then to having an engaged, appropriate discussion [and] debate in the parliament about the fine detail of the structure that will make up the Voice, but we are not asking Australians to vote on that.”

Against the backdrop of a political brawl over details, a legal debate has been brewing about the potential consequences of enshrining the body in the Constitution using the three-sentence draft amendment proposed by Prime Minister Anthony Albanese.

It proposes to establish a Voice that “may make representations to the parliament and the executive government” on matters relating to Indigenous Australians.

It was revealed at a Senate estimates hearing last year that Albanese did not seek legal advice from the Attorney-General’s department on the draft wording before announcing it at the Garma Festival in Arnhem Land in July.

Dreyfus declined to say whether advice had since been sought, saying: “it’s not the practice of government to comment on advice that we receive from the Solicitor General or the Attorney-General’s department”.

Separate to any internal advice, the government has established a working group of constitutional law experts supportive of the Voice, which has advised the draft wording affirms the body’s advisory role and in no way gives it veto power over the parliament.

Among the Voice critics is former High Court Justice Ian Callinan who, writing in The Australian newspaper, has argued that a Voice constitutionally enshrined or not, would give rise to “a decade or more of constitutional and administrative law litigation”. His colleague on the bench, former justice Kenneth Hayne, a Voice supporter, has praised the draft amendment as having “great virtue” in its simplicity and argued that fears litigation would derail the intended functioning of the Voice, or the workings of the parliament or executive, were baseless.

Dreyfus said he disagreed with Callinan’s view, but added that the prospect of future constitutional challenges to the Voice provision should not be a deterrent.

“I’m sure there will be people who will attempt to litigate this new provision in our Constitution once it is included. But that should not deter us,” he said.

“You could point to a whole range of provisions in our Constitution … that have been the subject of continued litigation [and] that hasn’t prevented us from continuing to govern our country in an orderly way.”

Albanese has stressed the proposed amendment is a draft, and has publicly called for people to make alternative suggestions. But when asked why the government had not set up any formal consultation process or inquiries to receive such submissions, Dreyfus disputed the need for one, saying “my door is open”.

“I don’t think there needs to be a formal process. We live in a democracy, people are free to speak up. I don’t think anyone who has a high level of technical interest in this matter is without the means of bringing their suggested change to the attention of the government,” he said.

I was so ashamed Colin Farrell confesses his biggest film flop

‘Magnum P.I’ Will Be “Sexier” On NBC As Stars Weigh In On Move From CBS
Recent Posts