Kaley Cuoco celebrated her first anniversary with husband Karl Cook with quite the tasty meal! While the Big Bang Theory alum and her spouse could certainly afford to mark the happy occasion at just about any fine dining establishment of their choice, the couple instead opted to celebrate with a fast-food feast. 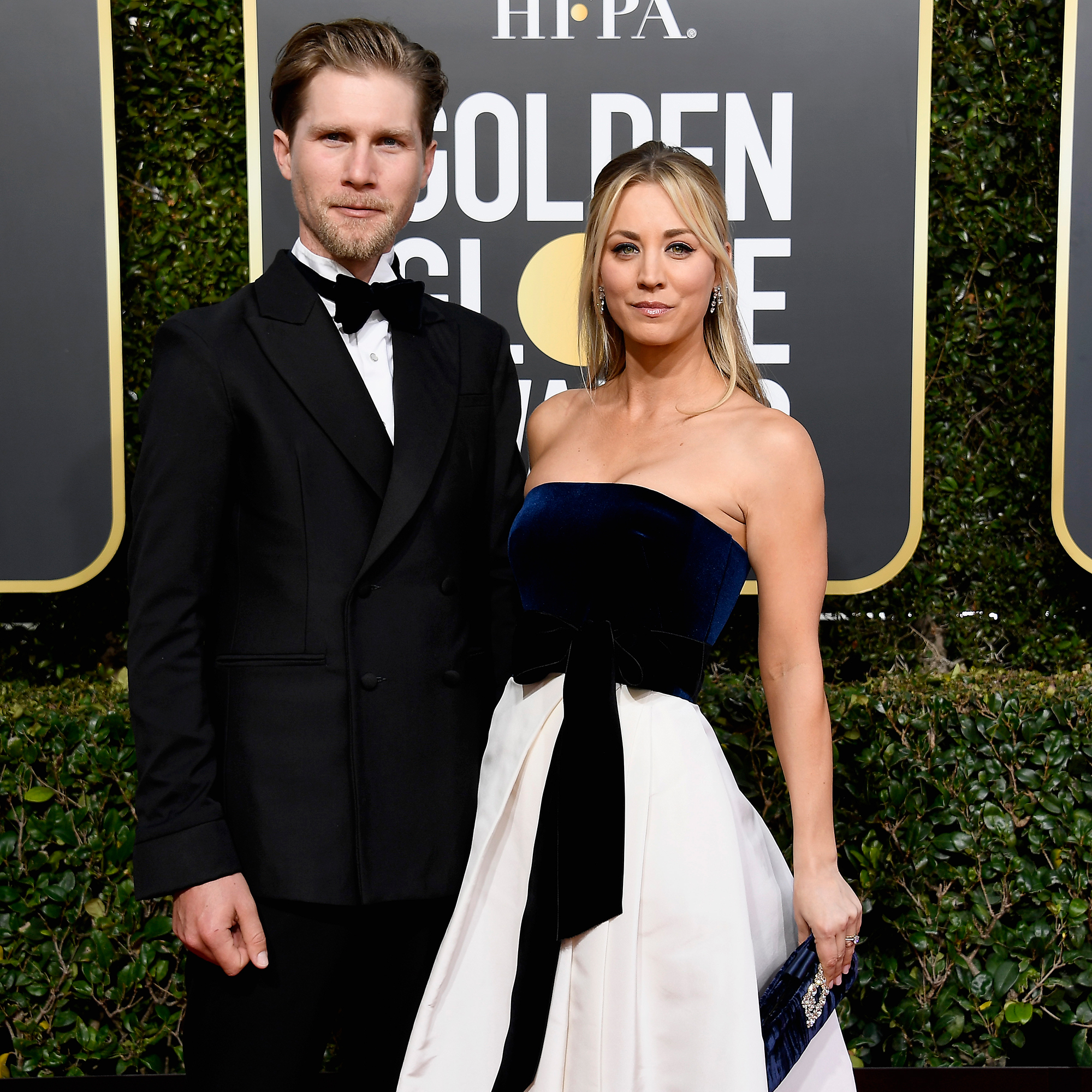 Cuoco, 33, took to her Instagram Stories on Sunday, June 30, (a.k.a her anniversary) to share that she and Cook, 28, ate Taco Bell together as they celebrated one year as a married couple. “Best anniversary dinner I could have asked for,” the actress wrote of the meal.

Though the snapshot showed the food still covered in those distinct Taco Bell wrappers, it looks like the happy pair ordered at least four menu items from the fast-food chain, with plenty of hot sauce packets on the side.

The California native, who is a known animal lover, ensured her social media followers that her celebratory dinner was meat-free. “Ps. It’s a meatless meal,” she added on Instagram. “Ask for beans instead of meat next time you find yourself in the Taco Bell line.” 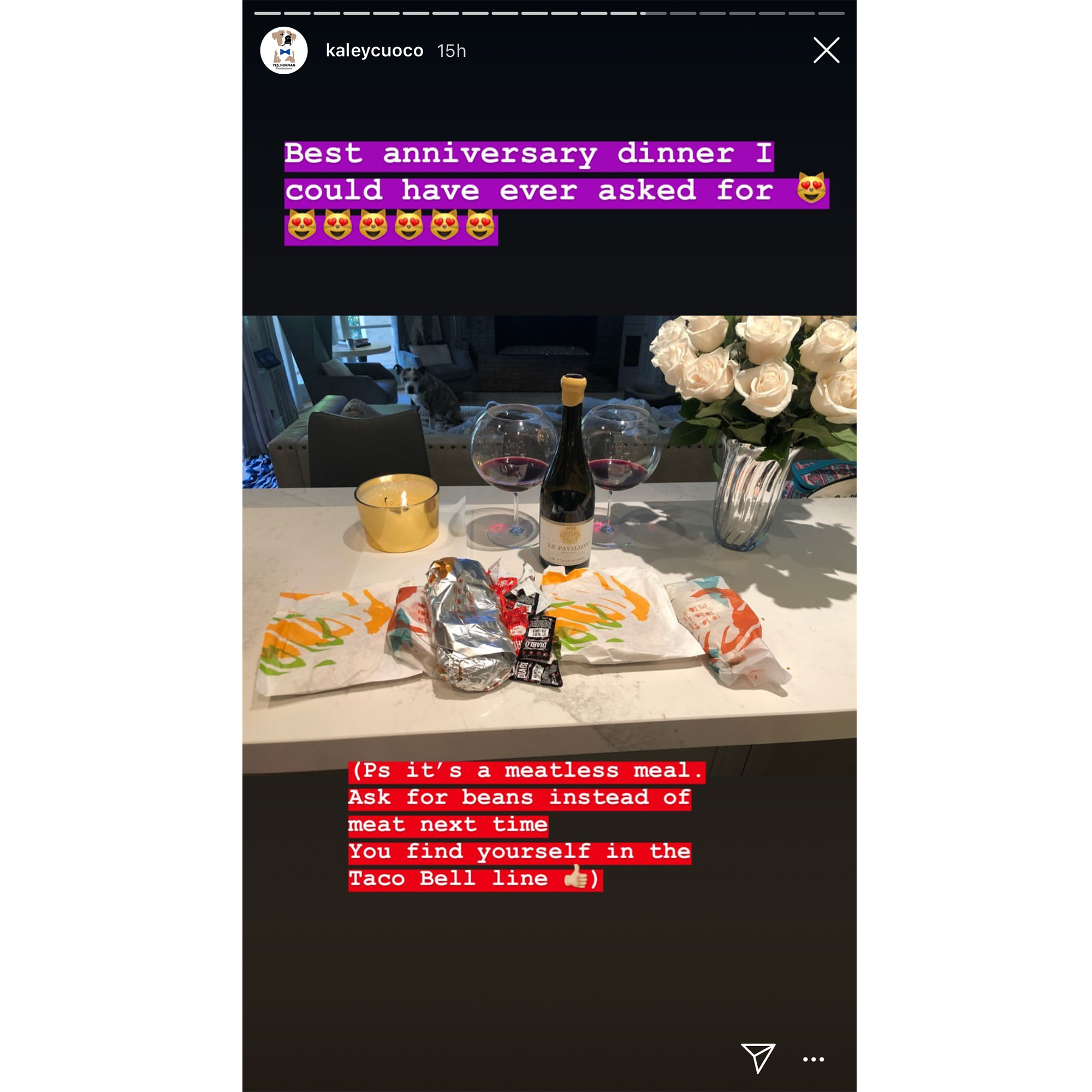 The early evening meal also consisted of two glasses of red wine, which were positioned next to a congratulatory bouquet of roses from Cuoco’s parents.

Earlier in the day, the 8 Simple Rules alum shared on her Instagram Stories that she and Cook, an equestrian, started their anniversary with couple’s yoga. They then went to a pottery class together and each made their own bowl.

The couple also marked the occasion with some pretty lavish gifts for one another. “Karl made me the most stunning sapphire mobius band ring, which means basically everlasting on and on,” Cuoco explained as she showed off the impressive sparkler. “Honey, it’s the most gorgeous thing ever. I love it so much and it’s pink sapphires!”

The Screen Actors Guild nominee then turned the camera on her husband, who explained his gift. “You got me a Rolex pocket watch from 1911, and you had it engraved with our wedding date,” he said, before Cuoco corrected him and said she actually had it engraved with the date of their first anniversary.

“I think its pretty even,” Cuoco said of the duo’s presents for one another. “Happy anniversary.”