The 61-year-old victim, identified by family as Yao Pan Ma, was attacked on April 23, police said. The suspect approached him from behind, struck him in the back, causing him to fall, and then kicked in the head multiple times, police said.

Ma was hospitalized and remains in a coma, his wife, Baozhen Chen, told CBS New York. “This should not happen to my husband or anyone else. This is America,” she said. “I’m very scared right now. I’m so worried that my husband might never come back.”

Chen said her husband, who immigrated to America in 2018, recently lost his dishwashing job and was collecting cans to support his family before he was attacked. The NYPD’s Hate Crime Task Force is investigating the attack. Governor Andrew Cuomo directed the New York State Police Hate Crimes Task Force to assist the investigation. 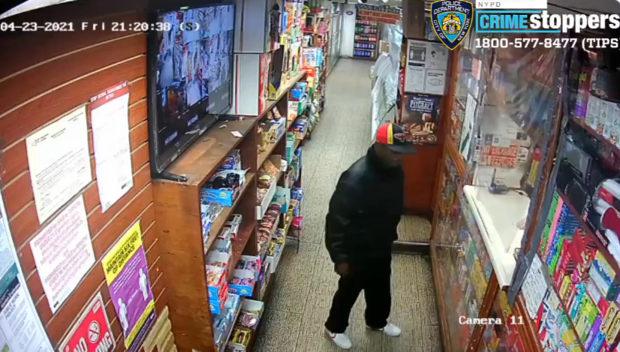 “I’m sickened to learn of yet another bigoted act of violence against an Asian American man,” Cuomo said in a statement. “This is not who we are as New Yorkers, and we will not let these cowardly acts of hate against members of our New York family intimidate us.

On Sunday, protesters gathered at the corner where Ma was attacked to condemn the rise in anti-Asian attacks across the city. Another rally is scheduled for Tuesday. Ma’s family is expected to be in attendance.

“You know, as a New Yorker, it’s really hard to watch and to see New Yorkers turning on each other like that,” Jo-Ann Yoo, the executive director of the Asian American Federation, told CBS New York.