SHOPPERS are complaining about pasta shortages in some stores after a food expert warned of shortages after a poor wheat harvest.

The situation is also reportedly being made worse by the lorry driver crisis that has been affecting supply chains up and down the United Kingdom. 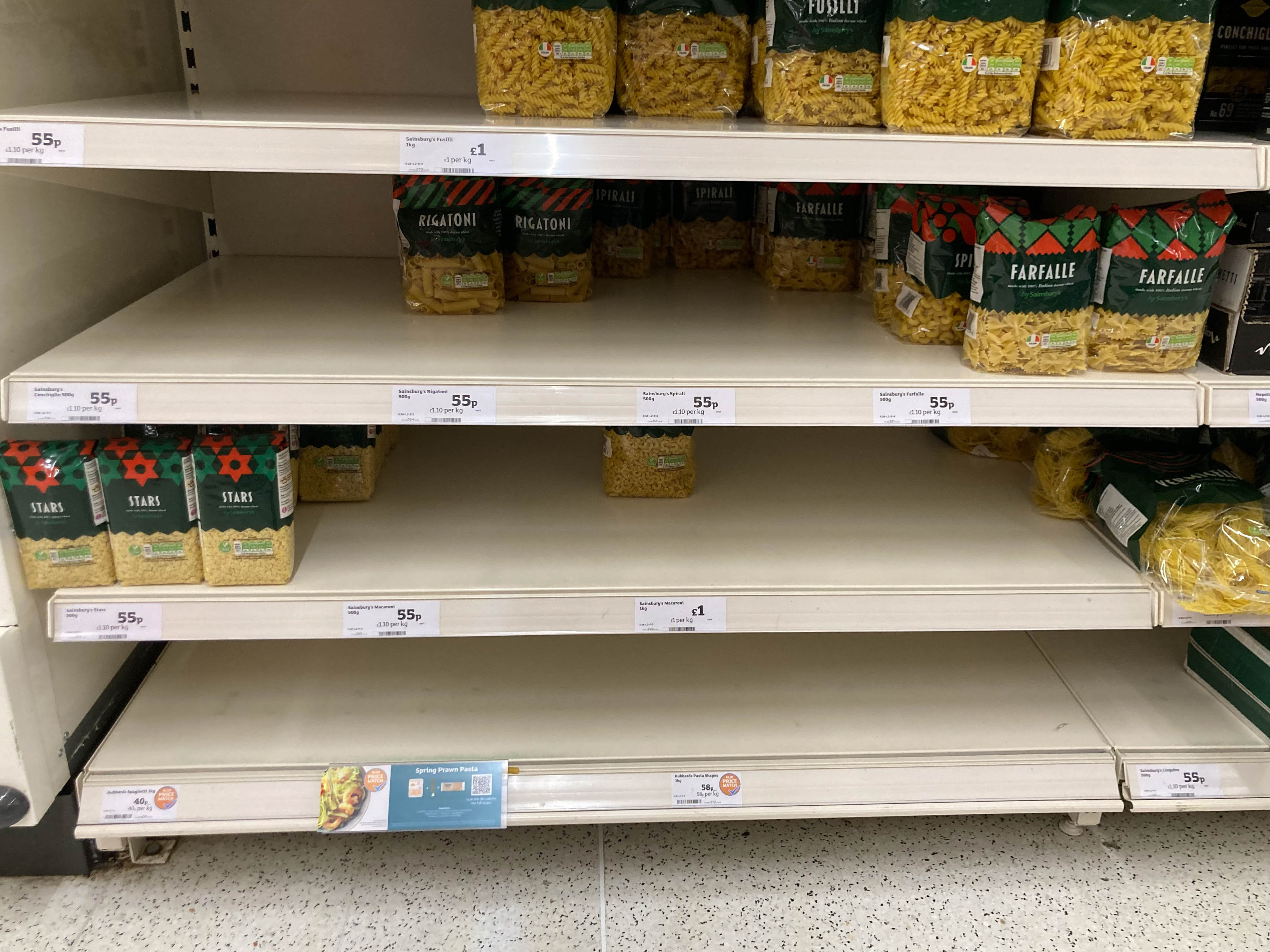 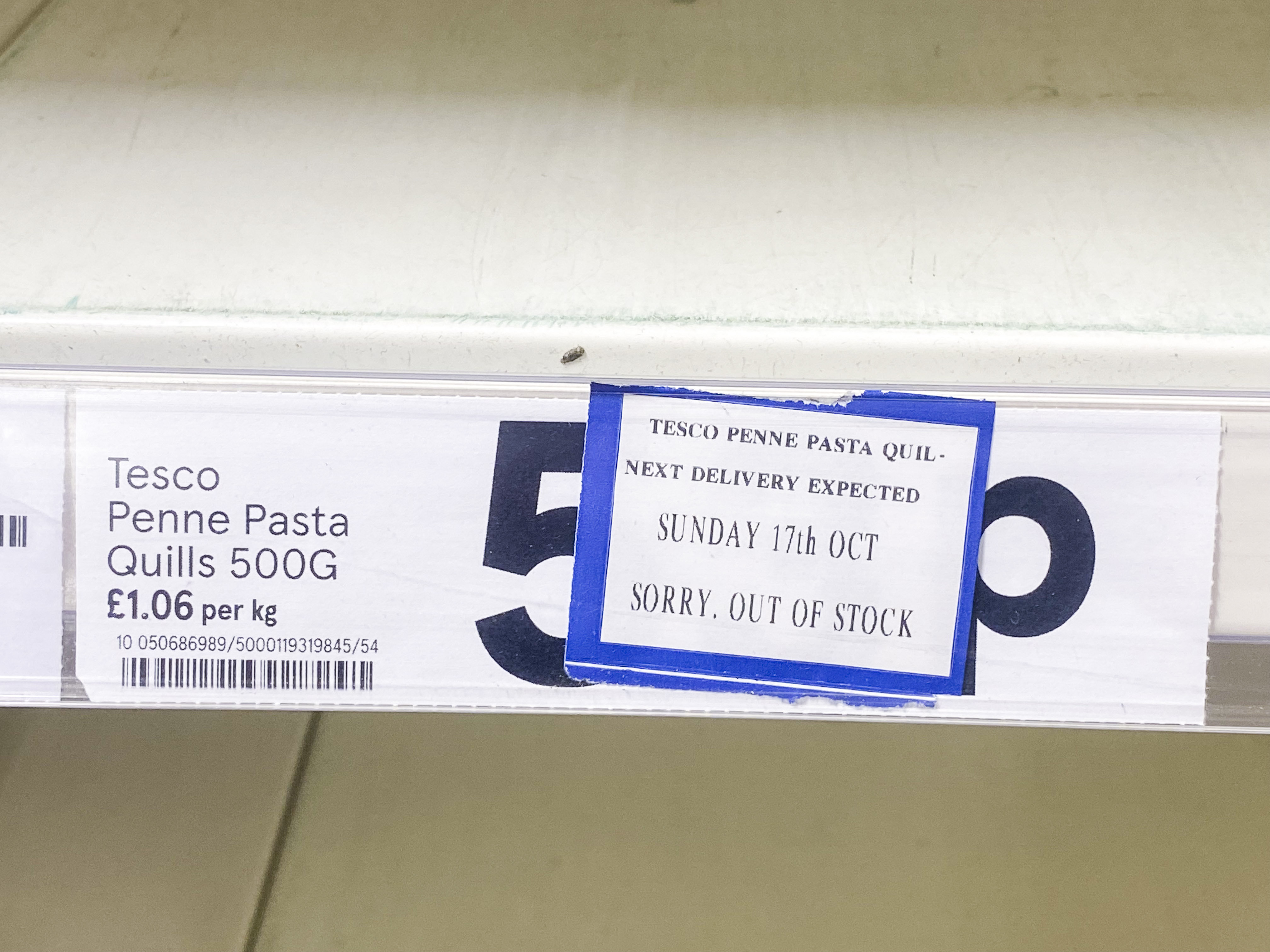 Wheat prices have shot up by about 90 per cent this summer after a freakish drought and hot temperatures hit supplier farms in Canada.

These farms make most of the durum wheat that was ground into semolina that is shipped to the UK and made into spaghetti, penne and macaroni.

Jason Bull, director of Eurostar Commodities, the UK’s leading independent ingredients experts, told the Daily Mirror customers could end up paying more for their pasta as a result of a poor harvest.

He said: "We should be under no illusion climate change is causing this. It’s crazy. I’ve been doing this for 17 years, but I’ve not seen this before.

"It’s because of the durum crop – pasta is made with durum wheat and the biggest exporter is Canada."

Customers pictured empty pasta shelves today in Sainsbury’s stores in Birmingham and Surrey as well as at Tesco stores in Edinburgh and Bristol.

In one Tesco store, there was a sign next to an empty space that read: "Sorry, out of stock.

But a spokesperson from Tesco said there was not a widespread pasta shortages and claimed there is good availability across stores.

The Sun Online has contacted Sainsbury’s for a comment.

Families will battle shortages this Christmas as there's no "magic wand" to fix the delivery crisis, Rishi Sunak has warned.

The Chancellor braced Brits for delays getting their turkeys because of a lack of truckers to drive supplies to supermarkets.

His speech at the Tory party conference today has been overshadowed by the delivery disasters wreaking havoc on shops and petrol stations.Mr Sunak insisted ministers were working round the clock to solve the chaos but was frank that the problems will stretch into the festive season. 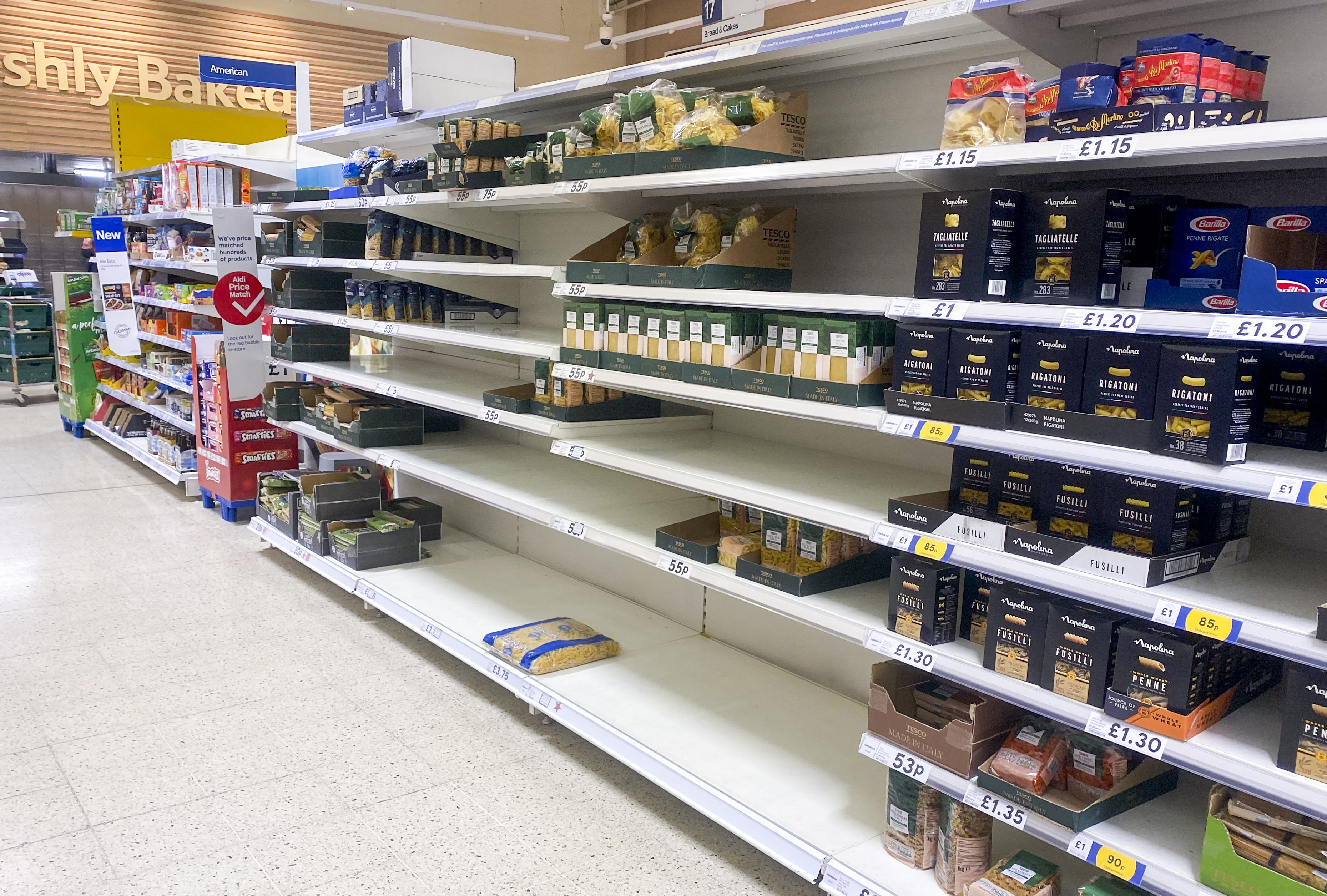 Is Adele Releasing an Album in 2021?
Recent Posts