Royal Australian College of General Practitioners (RACGP) president Karen Price described therapy is a “no-no” in domestic violence cases. “It can exacerbate the situation and can be used against the victim,” she said. 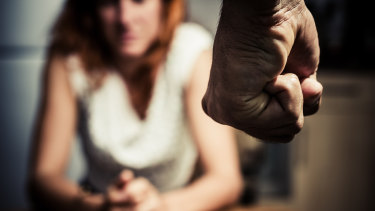 GPs are being warned not to refer couples for marriage counselling if there is violence in the relationship.Credit:IStock

Couples therapy or marriage counselling typically assumed an equal responsibility for problems in relationships, Dr Price said, but this assumption could exacerbate a power imbalance in an abusive situation.

The new RACGP domestic violence white book, produced with federal government funding, states that making a referral for couples or family counselling “is not appropriate until the man has ceased using violent and abusive behaviours”.

“Couple therapy requires people to open up and disclose important thoughts. If the woman does this while her partner is still being abusive, it may put her at increased risk,” it says.

Patients who disclosed intimate partner violence should also not be referred to anger management courses, the guide said, with men’s behaviour change programs the preferred referral pathway as they had been shown to help some men to reduce or even stop violent behaviour.

The white book also tells GPs to look out for domestic violence perpetrated against men by women and within LGBTQI+ relationships.

A chapter in the white book details how to pick up the signs that young people in early relationships may be experiencing intimate partner violence, including image-based abuse and reproductive coercion – behaviour that interferes with the autonomy of a person to make decisions about their reproductive health, including refusal to wear a condom.

“More education needs to be given to young adolescents about what is appropriate relationship behaviour and what is inappropriate,” Dr Price said, saying she was “horrified” by some of the stories she heard from her own teenaged children about “what some of their friends are putting up with”.

She said GPs should take the opportunity to speak with young women requesting contraception about their relationship, to “make sure that they are safe and understand what is appropriate”.

GPs are also advised on how to deal with adolescents who are violent to their parents, which was “a significant but under-reported issue”.

“Parents often struggle to recognise an adolescent’s behaviour as abusive, instead minimising it, or labelling it as ‘challenging’,” the white book says.

“Parents also hesitate to report adolescent-to-parent violence due to shame, stigma or fear of repercussions for their child’s future.”

Dr Price said violent behaviour could emerge at a young age and GPs should be aware so that “we can intervene as early as possible”.

“We need to really start to understand the effects of trauma that are layered throughout our society and make sure that we really respond appropriately to it,” she said.

Health Minister Greg Hunt said the white book had been updated to ensure GPs were equipped with “the latest evidence-based knowledge and make a real difference for patients who have made the courageous decision to disclose details of violence, assault or abuse”.

“Family violence and abuse can sadly be part of the lives of Australians across the country,” Mr Hunt said.

“Victims and survivors often turn to their GP for support, and their GP’s response can make all the difference.”

Support is available from the National Sexual Assault, Domestic Family Violence Counselling Service at 1800RESPECT (1800 737 732). Men working to change their behaviour can get help from the Men’s Referral Service on 1300 766 491.

Nokia Origin Story Chronicled in Series Mobile 101: Inside the Making of a Finnish Tech Thriller (EXCLUSIVE)