Starbucks is promising to "directly" address employee concerns after workers at three Buffalo area shops filed petitions with the National Labor Relations Board asking for a vote on union representation.

The employees told The New York Times they were seeking to organize under the Starbucks Workers United banner to address chronic problems such as understaffing, unpredictable scheduling and insufficient training.

In a statement to FOX Business, a Starbucks spokesperson said the company creates the "space and forums for open and honest conversation as it relates to establishing and maintaining a great work environment."

In continuing this, the coffee giant says it is encouraging its store managers, district managers and regional vice presidents "to listen to and address directly the concerns of partners."

Starbucks refers to its employees as partners.

Starbucks has no unions at its more than 8,000 company-owned stores in the U.S. It is appealing a ruling by an NLRB administrative law judge in June that it unlawfully retaliated against two Philadelphia baristas who sought to unionize. 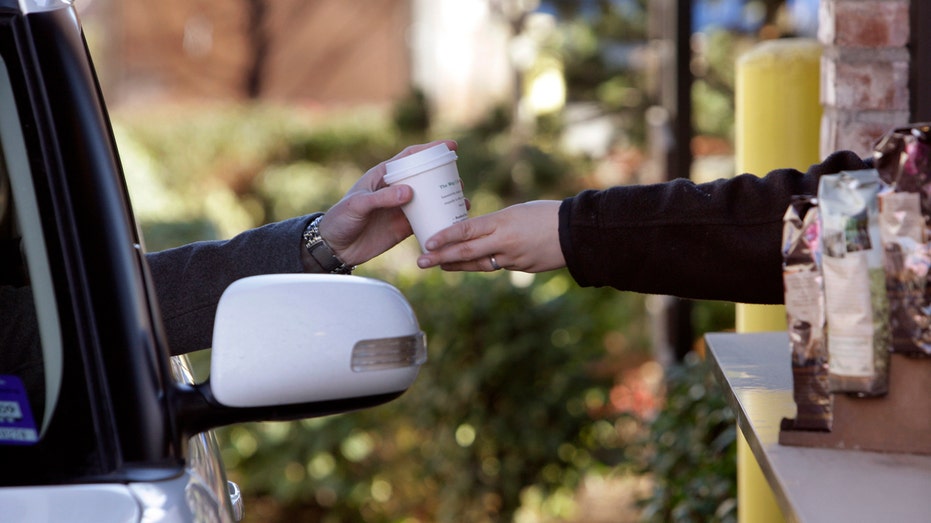 A Starbucks barista hands a coffee drink to a customer from a drive-up window at a store near the company’s corporate headquarters in Seattle. (AP Photo/Elaine Thompson / AP Newsroom)

Organizers at the Buffalo-area stores say far more workers have signed union cards than the 30% required to qualify for a vote. If successful, the effort by workers in the Buffalo area would only apply to those stores.

The company said its success is built on its longstanding effort to directly engage and support its over 400,000 employees around the world and that it will "continue to empower our partners to constructively use their voice," the spokesperson added.

The company says it offers a "full suite of benefits" for both full and even part-time workers.

Is Neighbours being cancelled? Paul Robinson star speaks out