It’s been a long time since a novel was the official Christmas bestseller in Australia, and a longer time still since it was an Australian novel.

But in the week to December 11, Liane Moriarty’s latest, Apples Never Fall, sold more than 11,500 copies, according to Nielsen BookScan, which surveys more than 1500 retailers around the country, earning it the seasonal top spot. Her drama about the Delaney family has sold more than 157,650 copies since it was published in September. 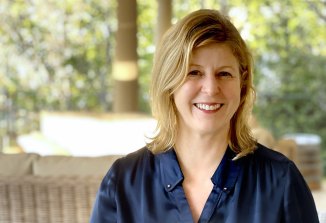 Anh Do’s latest Wolf Girl novel, Animal Train, sits in second spot this year, followed by rockstar Dave Grohl’s memoir, The Storyteller, and Lee and Andrew Child’s latest Jack Reacher thriller, Better Off Dead. The top 10 is completed by two Bluey titles, the latest from Andy Griffiths and Terry Denton, The 143-Storey Treehouse, the latest Guinness World Records, and Go Tell the Bees That I am Gone, by Diana Gabaldon.

The last time a novel was in the number-one spot at Christmas was 2010 when Richelle Mead’s conclusion to her Vampire Academy series, Last Sacrifice, took the honours. Since then, Jeff Kinney’s various Wimpy Kid adventures have been top six times, with Jamie Oliver featuring on two occasions and Scott Pape’s The Barefoot Investor once. Last year, Barack Obama’s memoir, A Promised Land, was atop the Christmas tree for Australian readers. 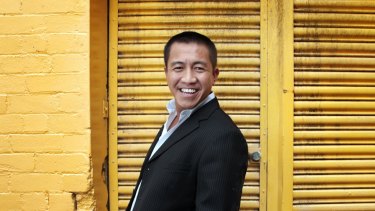 “Liane Moriarty always sells really well here. My customers are very attached to her – perhaps because of the unsubstantiated rumour that she used Avalon Primary School as a setting in Big Little Lies. She touches on the dark and dirty side of human nature, but done in a light and readable fashion.“

Tabner said she was feeling very positive about the market: sales had started to pick up and there had been some strong titles published throughout the year.

“Christmas seems to get later and later in terms of the festive mood. Avalon was in lockdown last Christmas, so people are looking for some escape this year – it’s been a while. But a love of reading was reignited in lockdown and it seems to have stayed.“

In Melbourne, Readings managing director Mark Rubbo began the week – bravely, he says – with the opening of a new shop, his eighth, in the Emporium Centre. He agreed it had been a good year for both Australian and international fiction, but said lockdowns had made things difficult and sales had dropped as a consequence. November had been strong, but this month had seen a slight dip. Nevertheless, he thought the Christmas season would finish strongly.

He said Robyn Annear’s Adrift in Melbourne had been proving particularly popular. “It seems as if every second person is buying it. We sold close to 1000 in a week.“

And Dymocks category manager for fiction Kate Mayor said she was particularly pleased that Australian writers were doing so well. “It’s a very strong Australian Christmas. We are just delighted that our 50+ stores are open.” She said it was just before Christmas last year that parts of Sydney went into lockdown and that had “derailed things a bit. But we have seen growth year on year in the market despite supply chain issues.”

*Rankings on copies sold in week to December 11

The Masked Singer: Queen of Hearts Actually Designed Her Costume Because Of Course She Did