Shaq blames himself for failed marriage to Shaunie O’Neal: ‘It was all me’

Literal and figural giants of the sports world party in Miami

The retired basketball star, who is now a sports analyst, arrived to Chelsea hotspot Jue Lan Club with a mystery woman at around 8:30 p.m., we hear. By the end of the night, he was footing the bill for the entire eatery.

Spies told us he popped in with the unidentified woman, whom he was overheard describing as “my date,” and ordered Beijing chicken, shrimp tempura and the restaurant’s signature chicken satay. “She did all the ordering,” an insider told Page Six.

After their meal, O’Neal, 50, proceeded to buy dinner for the entire server team.

“And to top that off, he paid for everyone’s check [who was] dining at the restaurant,” the source added. 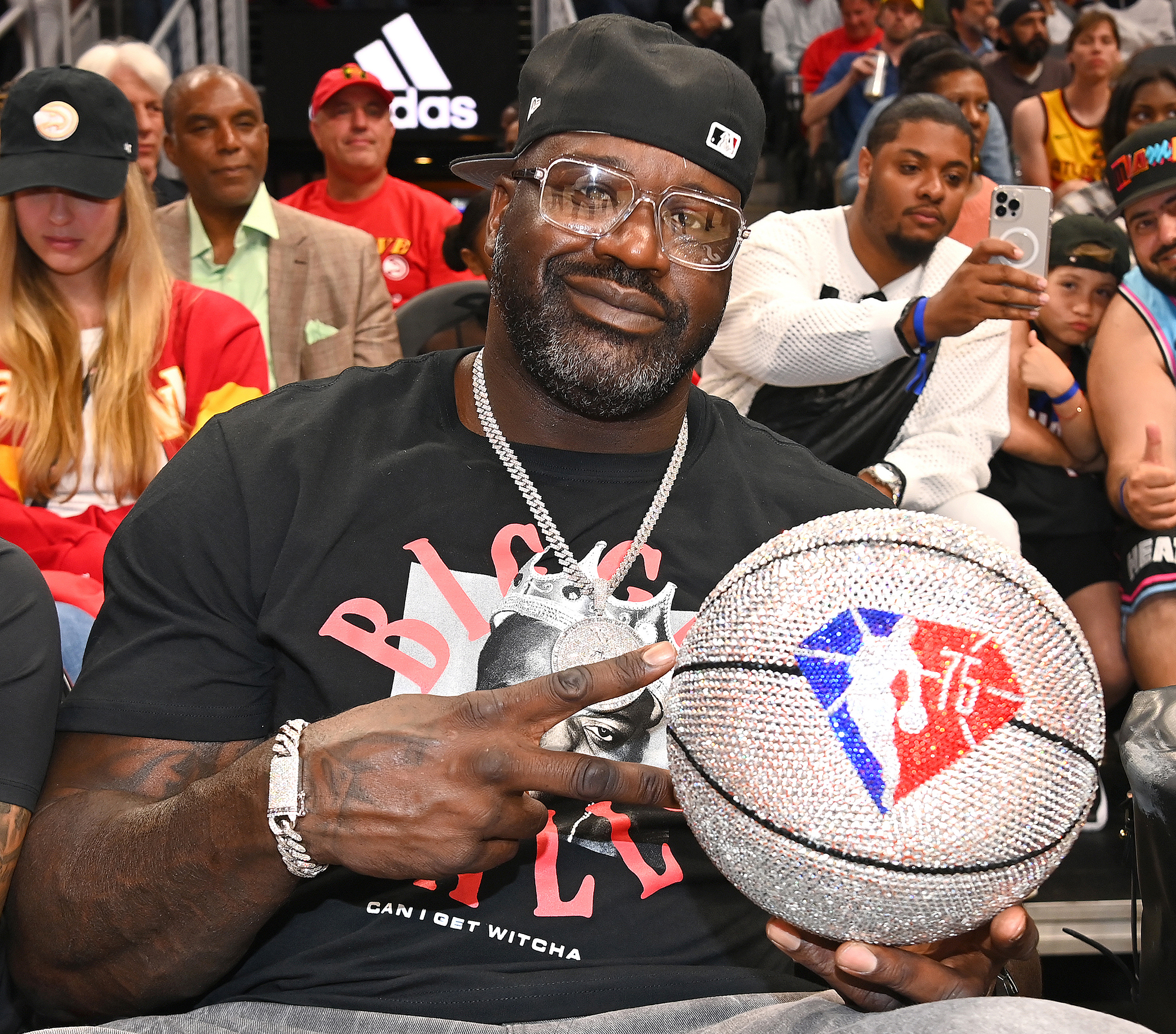 We’re told O’Neal apparently wanted to keep his generosity a secret from fellow diners. He asked the staff not to mention that he was paying the bill for over 40 tables until he left the restaurant, according to our source.

We’re told the bill amounted to “well over $25,000” in checks. O’Neal was also “extremely generous” to Jue Lan’s staff. “He left them the biggest tip they’ve ever received,” the source said.

A rep for O’Neal did not get back to us when we reached out about his expensive date night.

The Lakers legend was recently linked to actress Annie Ilonzeh in 2021. He previously said he blames himself for his 2011 divorce from ex-wife Shaunie, who married pastor Keion Henderson in May.