Will being apart be a good thing for Aaron Rodgers and Shailene Woodley?

Aaron Rodgers: Time away from Shailene Woodley will be a ‘good thing’

Shailene Woodley posted a cryptic message to social media amid the news that fiancé Aaron Rodgers is not vaccinated and has tested positive for COVID-19.

“Calm Seas May Bring You Peace, But Storms Are Where You’ll Find Your Power,” read a quote Woodley, 29, shared to her Instagram Story.

The “Big Little Lies” actress has been taking the brunt of the blame online for Rodgers’ anti-vax stance from fans suggesting that she was behind his decision to skip the shot.

As The Post reported earlier this week, the NFL star tested positive for the coronavirus and will miss the Packers’ game against the Chiefs on Sunday.

He will reportedly miss a minimum of 10 days even if he tests negative for the virus, meaning he may be able to return to the field for the Packers’ game against the Seahawks on Nov. 14. 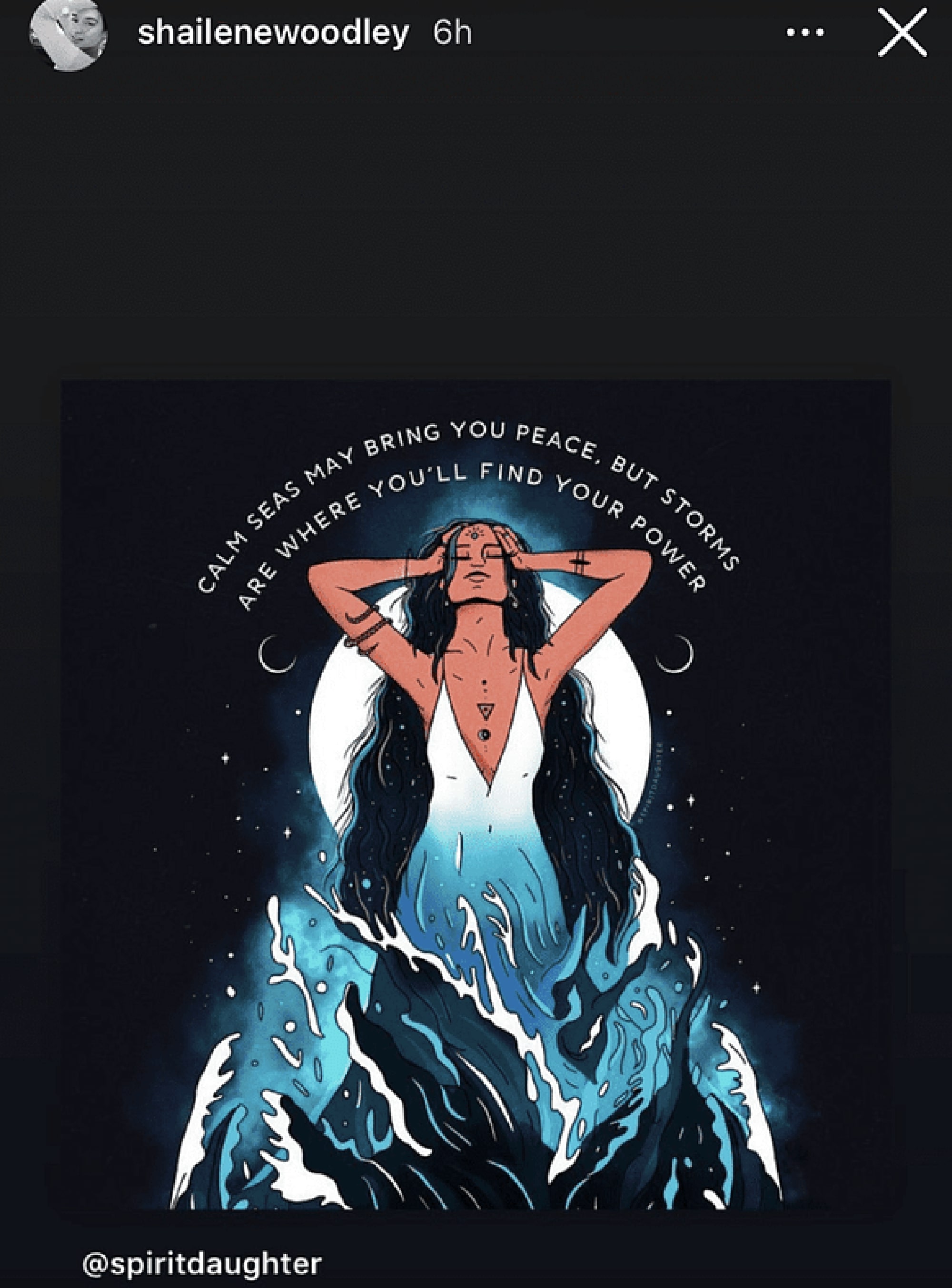 Rodgers initially told reporters in August that he had been “immunized,” leading people to surmise that he had received the COVID-19 vaccine. However, this proved not to be the case.

Instead, the athlete reportedly “received homeopathic treatment from his personal doctor to raise his antibody levels.” He also admitted taking the anti-parasitic drug ivermectin, the use of which to combat COVID-19 is discouraged by the FDA.

But Woodley may not be solely to blame for Rodgers’ stance: He stated in the same interview that another influence on his approach to dealing with COVID-19 was controversial podcast host Joe Rogan, who has drawn heat this year for downplaying the necessity of vaccines.

Rumors that Rodgers was dating Woodley initially began to swirl in July 2020 after his split from his girlfriend of two years, Danica Patrick.

They announced their engagement in 2021 but clarified in July that they were in no rush to get hitched. Page Six reported that they may have met through their mutual astrologer.

Dance Off a Pesky Lover With Aminé on 'Sh!t2Luz'