Backing her man! Shailene Woodley came to fiancé Aaron Rodgers’ defense after he was reportedly spotted out in Los Angeles after testing positive for COVID-19 earlier this month — and required to quarantine by the NFL.

“Literally, y’all need to calm the f—k down,” the 29-year-old actress wrote via her Instagram Story on Tuesday, November 9, alongside an alleged photo of the 37-year-old quarterback. “This is straight up HILARIOUS.”

The Big Little Lies alum claimed that some news outlets are trying to “disparage” Rodgers by “finding random f—king men on the streets of L.A. and saying it’s him.”

Everything to Know About Aaron Rodgers’ COVID-19 Vaccine Controversy

Woodley called out one outlet after the site published a photo of a man who slightly resembled the NFL star. “Breaking the rules: On Monday, Rodgers was spotted grabbing some coffee in Brentwood [California],” the outlet claimed.

The Divergent actress pointed out that the caption was false, and the photo was not her fiancé.

“I know Aaron’s body very well. First off, his feet, ahem and no offense to this rando dude, are a LOT bigger,” she wrote alongside the snap on Tuesday.

Woodley shared a second photo published by the Daily Mail of the same man walking to a car wearing all black, a face covering and carrying coffee. 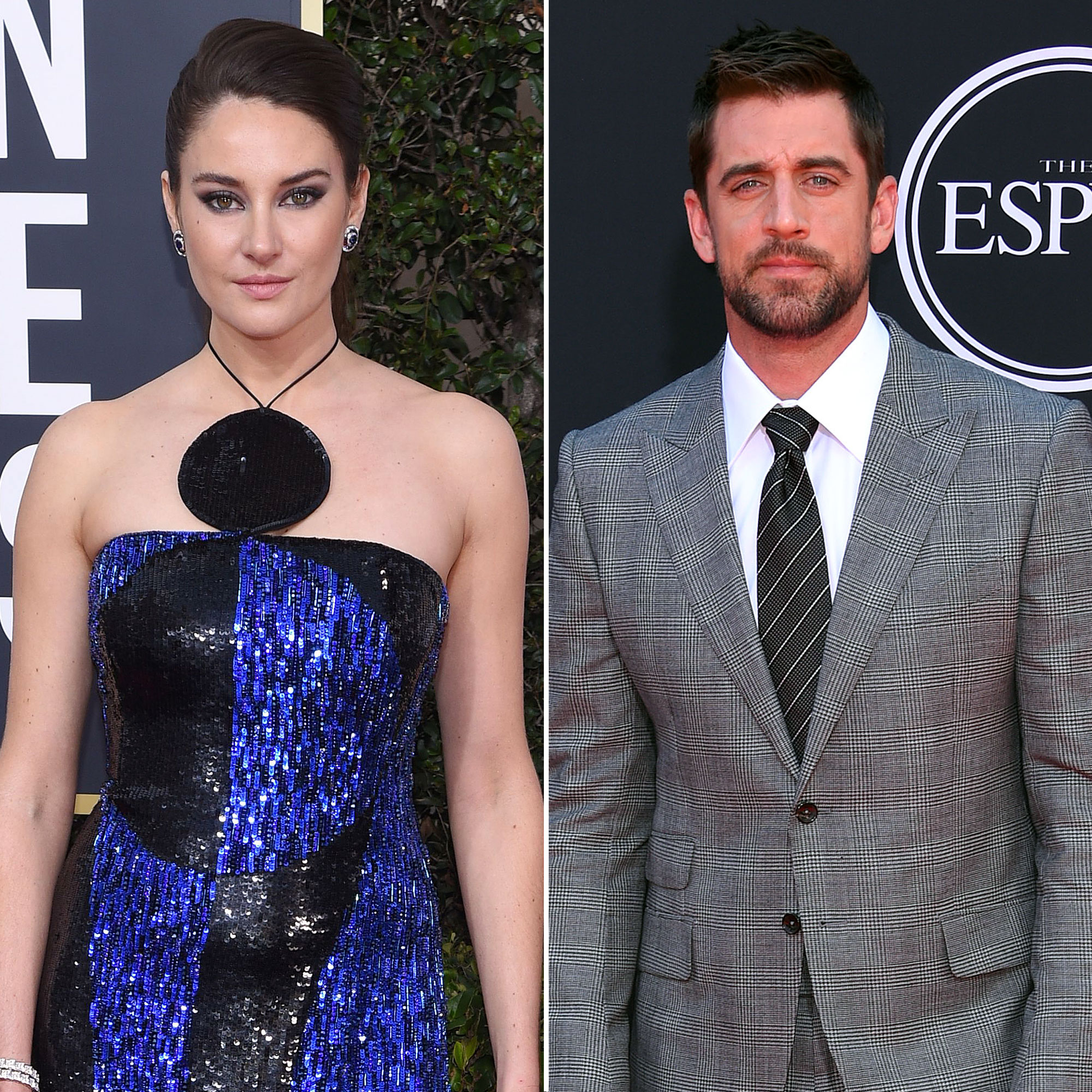 “Also, for those of us who know Aaron beyond the worlds of obsessed sport [stories] … it’s no secret he has the hairiest hands on the f—king planet,” the Fault in Our Stars actress commented. “This oblivious homie, clearly, does not.”

After focusing on a close-up photo of the alleged athlete driving in California, Woodley noted again that it wasn’t her man. “Also, cute car dude, but Aaron would never drive this,” she wrote.

Rodgers addressed his rumored L.A. outing on Tuesday during an appearance on The Pat McAfee Show. “I’m in Green Bay, not in L.A. as reported. I have been at my house during quarantine,” he confirmed.

Woodley’s support for Rodgers came just days after news broke that the Green Bay Packers star had tested positive for the coronavirus on Wednesday, November 3.

Rodgers’ diagnosis raised eyebrows since he previously said he was “immunized” against the virus. The NFL launched an investigation into the former Jeopardy! guest host and the Packers amid questions of whether they broke COVID-19 protocols.

The California native addressed the controversy two days later, claiming he “didn’t lie” about his initial vaccination status and insisted he was not anti-vaccine.

“Had there been a follow-up to my statement that I’d been immunized, I would have responded with this: I would have said, ‘Look, I’m not some sort of anti-vax-flat-Earther. I’m somebody who’s a critical thinker,’” Rodgers said during an appearance on The Pat McAfee Show on Friday, November 5. “I march to the beat of my own drum. I believe strongly in bodily autonomy, [in the] ability to make choices for your body, not to have to acquiesce to some woke culture or crazed group of individuals who say you have to do something.”

He explained that he has an allergy to an ingredient in the mRNA vaccines, which is why both the Pfizer and the Moderna options were off the table. Rodgers said he chose not to get the Johnson & Johnson vaccine because at the time he heard that people were having an “adverse event” after getting that shot.

The former California University, Berkley quarterback noted that he looked into other ways to “protect” himself and his teammates which is when he found an “immunization protocol” that he believes served as a long-term solution. The NFL, however, didn’t approve the alternative immunization and told Rodgers he would be considered unvaccinated for the 2021 season.

Since then, Rodgers claimed he has “followed every protocol” laid out by the league, including traveling solo to games and getting tested daily. He is currently undergoing a 10-day quarantine and will have to have two negative COVID-19 tests before being OK’d to play following a missed game on Sunday, November 7.

“My desire to immunize myself was what was best to my body, which is why this is so important to me,” the NFL MVP concluded. “My medical team advised me that the danger of having an adverse event [to the vaccination] was greater than getting COVID and recovering. I’m not telling somebody to get vaccinated or not get vaccinated.”

Woodley, who confirmed her engagement to Rodgers in February, previously hinted at support for Rodgers via a cryptic Instagram message.

“Calm seas may bring you peace, but storms are where you’ll find your power,” she shared via her Instagram Story on Friday.

Spoilers: Schoolgirl Summer's crush on teacher Daniel gets out of hand in Corrie
Recent Posts