Home » Lifestyle » ‘Selling the notion of a happier life’: Why we love real estate shows ‘Selling the notion of a happier life’: Why we love real estate shows

Reserve Bank governor Philip Lowe might not know it, but the fate of one of Australia's most popular reality TV programs rests in his hands.

"The Block got cancelled in 2005 because interest rates started to go up," says the show's co-creator and executive producer, Julian Cress. "Australians love to talk about real estate but only when they can aspire to buying some themselves." 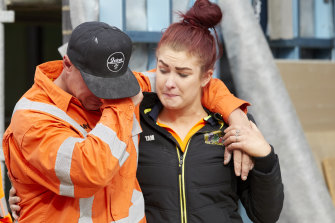 Contestants on this year’s season of The Block were sent home when COVID-19 forced the suspension of filming.Credit:Nine

In 2010, after interest rates softened, the Nine Network commissioned a third instalment of The Block. On Sunday, the series concludes its 16th season and Nine (the owner of this masthead) has already confirmed its return in 2021.

Typically, high-rating reality shows burn bright for a few years – a little longer if they're lucky – before audience fatigue sets in. Seven's recently-axed My Kitchen Rules, for instance, sustained a large viewership for almost a decade before fading rapidly, while Nine's The Voice shed more than half its audience between 2012 and 2020. (Seven will screen a revamped version of The Voice in 2021.)

Real estate programs are not immune from these trends: in 2019, Ten dumped its short-lived revival of Changing Rooms while Seven chose not to renew House Rules after this year's lacklustre ratings.

Yet millions of Australians still tune in to renovation shows each week. Local versions of Selling Houses and Love It or List It are among the highest-ratings series on Foxtel, which also airs dozens of British and American property shows. Netflix's Tidying Up with Marie Kondo is both a global hit and a cultural phenomenon. And last Sunday's episode of ABC's Restoration Australia averaged 780,000 viewers nationally despite going head to head with The Block, which exceeded 1.4 million viewers.

Dingy kitchens and overgrown gardens appear to be the problem but often, they're symptoms of bigger issues.

"That's a lot of people watching real estate on television," says Mediaweek editor James Manning. "I'm a sucker for anything involving people dropping out of the city to live in the country. For me, it's a form of escapism."

Often, the pivotal moments of our lives – our first sharehouse, marriage and children, illness or divorce – involve renovating or moving.

"Before we make a big change, we like to see how other people in similar situations are faring," says Gery Karantzas, an associate professor at Deakin University's school of psychology. "There's a lot of social comparison going on when we watch these shows."

Many of life's most joyous or painful moments, Karantzas notes, occur inside our homes. "There's often a sense of separation or loss when you move," he says, "especially if it's not entirely your choice." 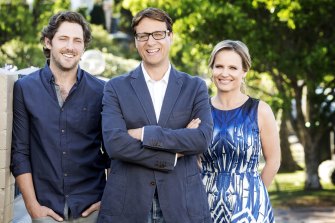 Consider the premise of Selling Houses, in which vendors who’ve failed to sell their home seek expert guidance from designers and realtors. At first glance, dingy kitchens and overgrown gardens appear to be the problem but often, they're symptoms of bigger issues: marital tensions manifesting in a stand-off over bathroom tapware, or adult children trying to sabotage the sale of a family home they're not yet ready to leave.

Clinical psychologist Tamara Cavenett, president of the Australian Psychological Society, believes COVID-19 lockdowns prompted Australians to reassess what they want in a home. For some, the appeal of open plan living has been superseded by a desire for privacy or a quiet spot in which to work, while those who live alone – having endured months of enforced solitude – may now be keen to find a housemate.

"Of course we watch these shows for practical tips," Cavenett says. "But what they're really selling is the notion of a happier life; the idea that if we do this amazing renovation, there'll be less clutter and we'll be more organised and our family will be happier."

This is especially true in Australia, where home ownership looms large in our national psyche. 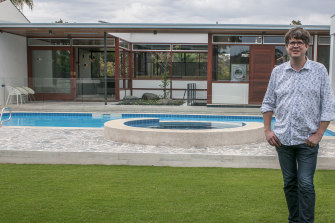 "It's often described as 'the Australian dream', which is really an expression of our desire for security, safety and success," Cavenett says. "Regardless of whether we own or rent, most of us are quite houseproud and we want to put our stamp on where we live."

"Renovation is seen as a job to be outsourced in some Asian cultures, which means DIY home improvement is less of a popular pastime," he says. "And in France, where there's a culture of long-term renting, property shows aren't as big – but the French absolutely love their restaurant shows."

Cress describes The Block as part renovation program, part game show (over the years, contestants have earned a combined $24 million from the sale of their properties) and part soap opera.

The show's mix of reality and fantasy, he adds, is central to its appeal.

"If you're in people's living rooms four nights a week, it can't all be about finding the right-sized screw," Cress says.

"Our audience want more than contestants just bitching at each other; they want to put their feet up on a Sunday night and see five stunning rooms get revealed and then yell at the screen when the winner is announced."

A deep dive into the iconic baseball scene from ‘Twilight’ with the cast and crew, 12 years later