Self-funded retirees ‘the forgotten people’ ahead of 2020 budget

Self-funded retirees will be forced into risky investments to stay afloat unless there is extra support in the federal budget, amid warnings from advocacy groups the government has forgotten them during the coronavirus pandemic.

Plans for major spending on infrastructure projects, training up workers and reducing income taxes have all been unveiled by the Morrison government in the lead up to Tuesday's budget, but there has so far been nothing extra for self-funded retirees whose income has been cut by record low interest rates, share market volatility and distressed rental markets. 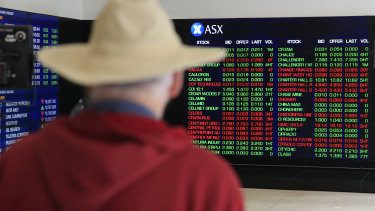 Self-funded retirees could end up picking riskier investments to stay afloat unless there is support, advocacy groups warn.Credit:Getty

A possible interest rate cut at this week's Reserve Bank meeting ahead of the budget could push this cohort even closer to the brink financially, Association of Independent Retirees president Wayne Strandquist said.

"Self-funded retirees are the forgotten people," Mr Strandquist said. He warned there had been "very little" help for this group out of $314 billion in both federal government spending and RBA stimulus despite large declines in investment income across the board.

"There have been dramatic falls in the stock market, cuts to dividends and property income reductions with rent freezes and rent reductions and lack of evictions … there are historically low interest rates and low deposit rates," he said.

Age Pensioners and Commonwealth Seniors Health Card holders received two $750 economic support payments as assistance during the pandemic, but he said many self-funded retirees were ineligible for it. The government has temporarily reduced the minimum drawdown requirements for the 2019 and 2020 financial years, reduced the upper and lower social security deeming rates and will boost the pension in Tuesday's budget.

There are two million people who fully or partly self-fund their retirement, a pre-budget submission from the association says, and Mr Strandquist is hoping the government will issue new investment bonds at relatively high rates to both fund infrastructure developments and help retirees ensure safe and reasonable returns.

During the global financial crisis retirees moved their money to term deposits for 5 per cent rates, which are no longer available. Without new investment options, he said retirees would be left with no option but to redirect their savings to the share market in a period of high volatility.

"Now they're reluctantly trying to find a return in riskier investments like the share market where there's uncertainty about how businesses will go in future," he said. "They're having to move up the risk curve."

National Seniors Australia chief advocate Ian Henschke also criticised the lack of attention given to self-funded retirees during the crisis.

"There have been no specific measures of support other than lowering the drawdown rate, which only assists those who can afford to do that," Mr Henschke said.

"[Self-funded retirees] have lost a lot of income particularly because the dividends are not coming through from shares and there's very low bank interest at the moment," he said.

He urged the government not to forget the issues considered by Treasury's Retirement Income Review. While the final report hasn't been made public, National Seniors Australia made a submission to the panel recommending a closer look at the taper rate, which cuts people off from the pension due to their assets.

Mr Henschke also recommended the Pension Loan Scheme, which allows all people of pension age to draw down on their home's equity to help fund their retirement, should be available at a lower rate.

A spokesman for the Treasurer declined to comment on these concerns, instead saying the budget would be delivered on Tuesday.

'Avengers: Endgame': Captain America and Thor Aren't The Only Heroes To Control Moljnir in the MCU
Recent Posts