Beth Broderick and Caroline Rhea are back.

Is “Chilling Adventures of Sabrina” getting into the multiverse business, too?

On Friday, Netflix dropped a new clip from the reboot’s fourth and final season — featuring a pair of familiar faces for fans of the original TGIF series.

Instead of Miranda Otto and Lucy Davis as aunts Zelda and Hilda, the titular heroine comes face to face with Beth Broderick and Caroline Rhea, who played them in “Sabrina, The Teenage Witch” with Melissa Joan Hart.

With one-liners, a laugh track and Faustus yelling “Cut!”, it’s a strange scenario that leaves even Kiernan Shipka’s spellcaster confused. “Sorry, who are you?” she asks. “Well, we’re your aunties, of course,” bizarro Zelda tells her.

Showrunner Roberto Aguirre-Sacasa shared a photo from the pair’s table read on Instagram Friday as well, revealing their appearance will come on the penultimate episode of the series.

“We had thirty-six table reads for #CAOS. They were all special. They were all celebrations. This one … was a little more special, as we welcomed, with open arms, @bethabroderick and @carolinerhea4real to our #Sabrina family,” he wrote.

“They were, as you might imagine, hilarious and total pros. I’m so happy we got to honor them and tell this story with them,” he continued, adding that it was the last episode of the show they filmed.

“What a high to go out on. And what a lovely, generous, gorgeous group of people,” he continued. “So proud of what we created together.”

He also teased, “Guess who’s talking this season??” — leaving many to assume Salem the cat will finally speak out loud before the show comes to an end. 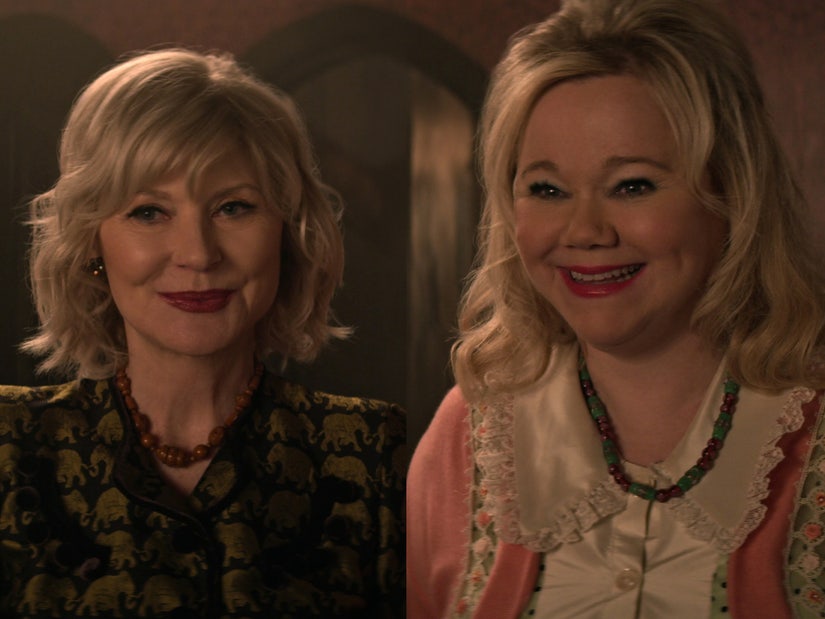 Prince Carl Philip and Princess Sofia Are Expecting Baby No. 3: "We Are Happy"
Recent Posts