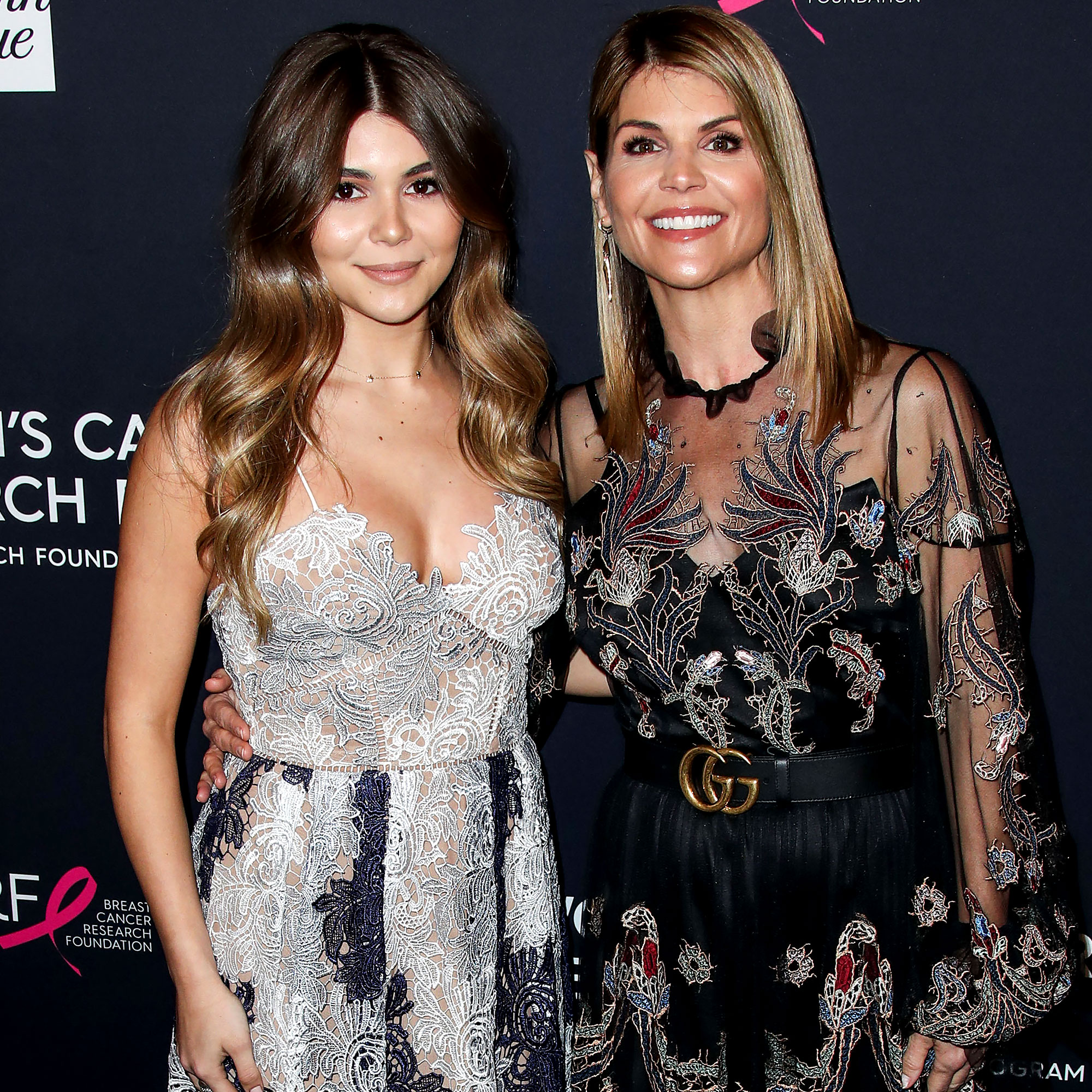 Festive family fun! Olivia Jade Giannulli shared a glimpse of her family’s holiday celebration — with a special appearance from her mom, Lori Loughlin.

Everything Olivia Jade Has Said About Moving On From Admissions Scandal

The YouTuber, 22, posted a TikTok video on Sunday, December 26, and put her relatives on the spot as part of the viral “You’re a Jerk” trend. “Dad didn’t want to participate but I’d predict he would have gotten a 10/10. Merry Christmas 💚❤️❤️,” she wrote in the caption, referring to her father, Mossimo Giannulli.

Olivia Jade went on to “rate her family’s jerks,” giving herself a 10 out of 10 after she “did the moves correctly,” she wrote in the clip. The video also featured her sister, Bella Giannulli, who was “a little stiff” as she showed off her moves. However, the 57-year-old Full House alum earned the highest score.

“Mom: 100/10 cute af and surprisingly did it kind of correctly,” the California native teased as Loughlin attempted the trend in her kitchen while wearing sweatpants and a flannel top.

Dad didn’t want to participate but I’d predict he would have gotten a 10/10. Merry Christmas 💚❤️❤️

The former Fuller House actress spent the holidays at home one year after being released from federal prison in December 2020. Loughlin and her husband, 58, both completed their sentences after pleading guilty to fraud charges in May 2020 following their arrests in relation to the college admissions scandal. The couple also paid a total of $400,000 in fines and were required to log a combined 350 hours of community service as part of the plea deal.

Before being brought to the Federal Correctional Institution in Dublin, California, the Hallmark star addressed her controversial actions during a virtual hearing in August 2020, apologizing for paying $500,000 to ensure her daughters would get into the University of Southern California.

Getting Festive! How Celebs Celebrated Christmas 2021

“I made an awful decision. I went along will the plan to give my daughters an unfair advantage in the college admissions process. In doing so, ignored my intuition and allowed myself to be swayed from my moral compass,” she told a judge through tears. “I thought I was acting out of love for my children, but in reality, I had only undermined and diminished my daughters’ abilities and accomplishments. … I am truly, profoundly and deeply sorry. I am ready to face the consequences and make amends.”

Last month, Olivia Jade, who was recently spotted with Jacob Elordi, opened up about her family’s difficult few years and praised her mom for staying strong through it all. 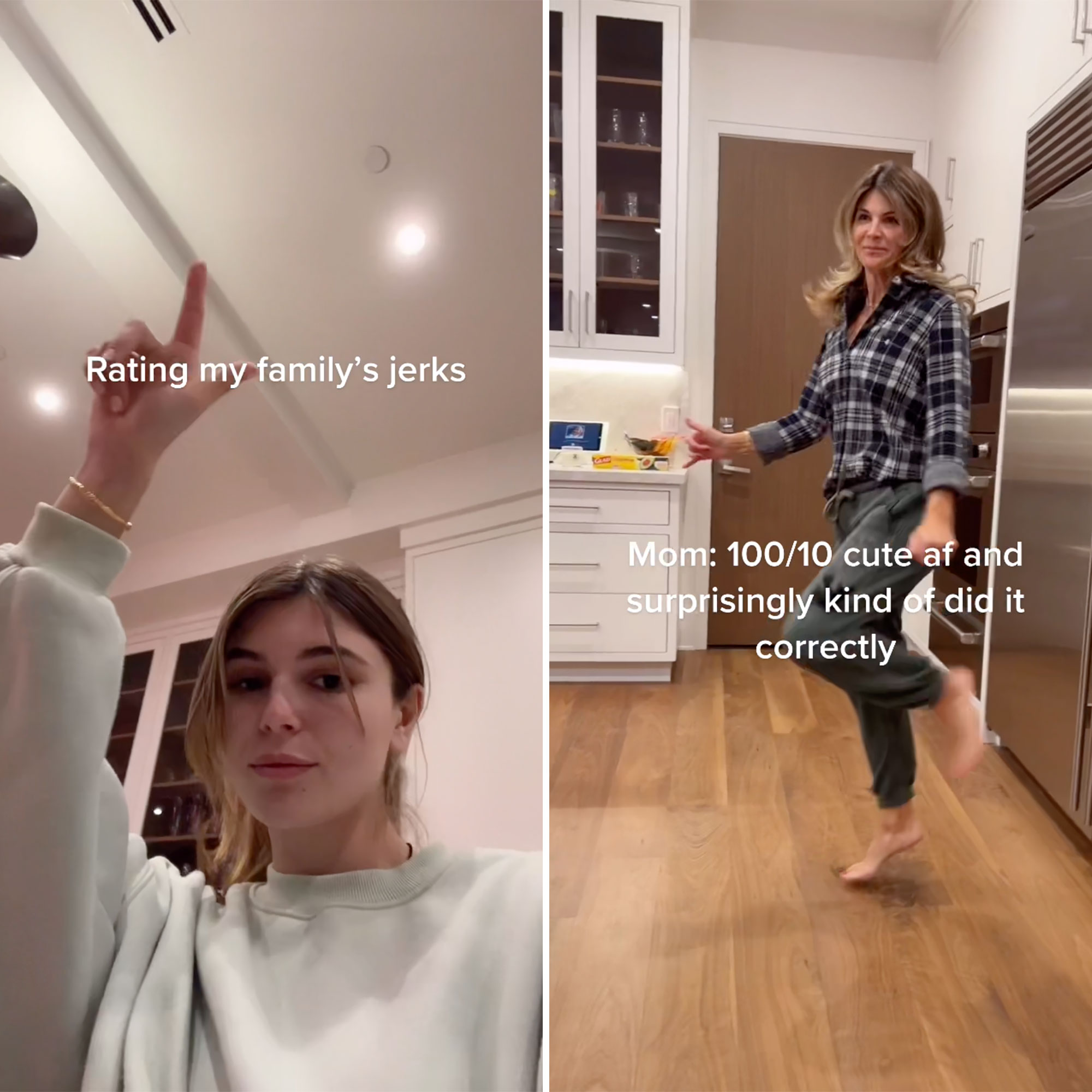 “Even though I also was getting dragged negatively, it didn’t nearly affect me as much as seeing mom having all this thrown on her,” the Dancing With the Stars season 30 alum said during a November episode of her “Conversations with Olivia Jade” podcast. “She really took this whole thing on her back, solely. There are a lot of people that were in this case, and a lot of other parents, and I do not know one other person’s name.”

The influencer called Loughlin the “most incredible mother in the world,” noting that seeing the harsh news coverage about her parents “caused a lot of anger” within her.

“I think it’s interesting that when I would read stuff about myself … it didn’t nearly affect me the same way if I read it about our own mom,” Olivia Jade continued.

With the scandal behind her, the former Netflix star has made a return to her career, reprising her When Calls the Heart role on the When Hope Calls spinoff. In an Instagram Story earlier this month, Olivia Jade became her mom’s biggest hype woman.

“Check out the 2-hour holiday special of WHEN HOPE CALLS tonight on the new GAC Family Network! 8pm ET/ 5pm PT,” she wrote at the time. “Mom doesn’t have Instagram so I’ve made the decision that I will be taking it upon myself to promote for her because I love her and she is a wonderful woman and actress. That’s all! Tune in weeeeee. #hearties #gac family #whenhopecalls.”