Trouble in paradise? Saweetie and Quavo are one of the cutest couples in the hip-hop world, but after some recent events, everyone seems to be wondering: Did Saweetie and Quavo break up? Well, here’s why fans think so. On Monday, March 15, some of the couple’s eagle-eyed followers noticed that Saweetie stopped following Quavo on social media shortly before he unfollowed her too. (Elite Daily reached out to reps for both rappers for comment on their rumored split and did not hear back in time for publication.)

Although neither of them have spoken out about why they unfollowed each other on social media, it’s possible that they’re still together and are just going through a tough time right now. Saweetie also avoided all questions about her relationship with Quavo when she made a March 18, appearance on the WKYS 93.9 radio show Leah’s Lemonade. However, the "My Type" rapper did open up a little during a March 18 appearance on Respectfully Justin — a REVOLT series hosted by Justin LaBoy and her ex Justin Combs. 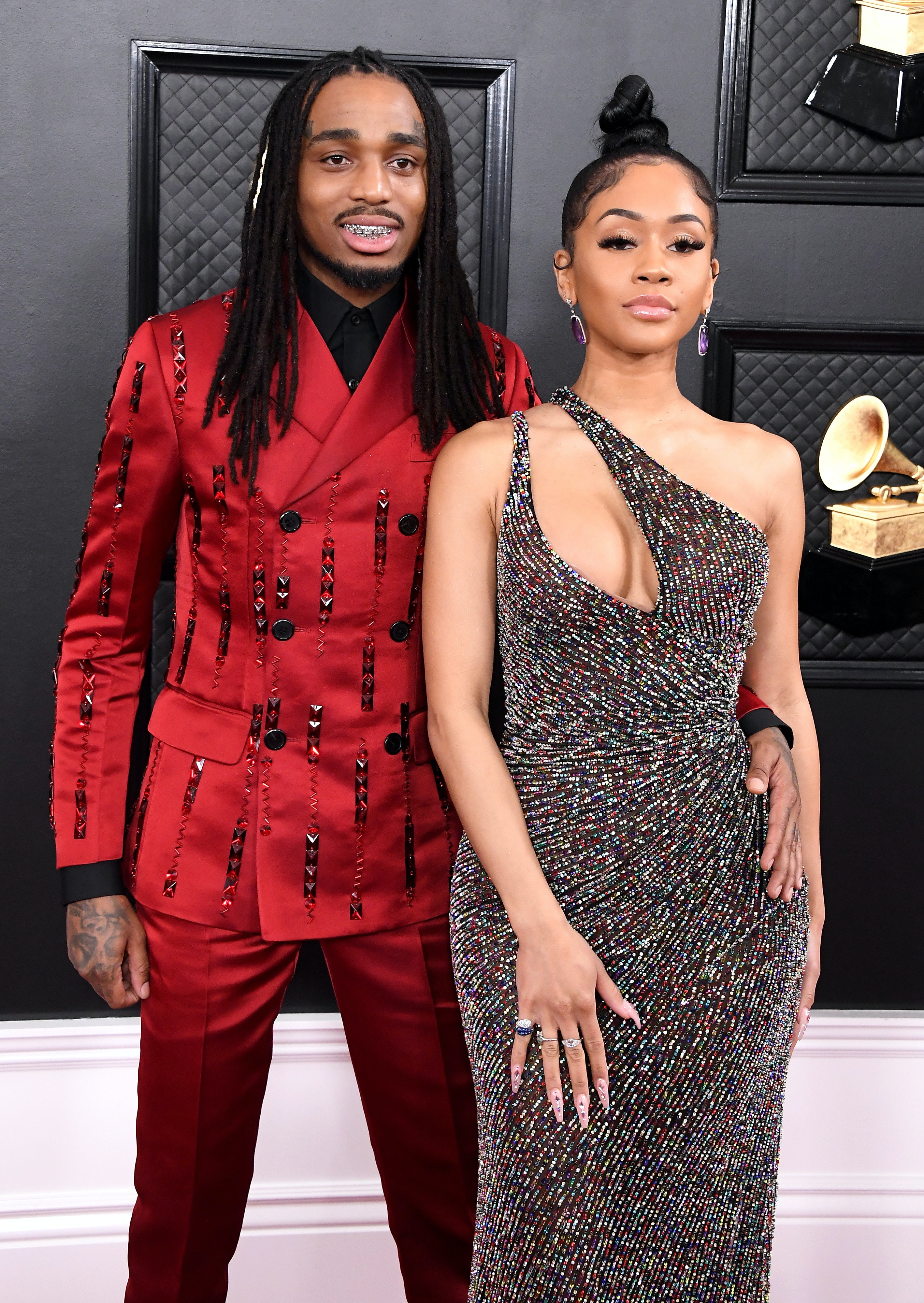 While it’s unclear what’s currently going on between Quavo and Saweetie, their relationship sounded pretty sweet once upon a time. He started dating the "Best Friend" rapper in 2018 after he slid into her DMs on her Instagram. Everything seemed to be going well for them; they couldn’t stop gushing about each other in interviews. "She’s helping me grow up. She’s showing me how to love a woman," Quavo told GQ. Meanwhile, she told BuzzFeed that she adores her beau’s skills in the kitchen. "He cooks for me," she gushed.

The pair seemed to be doing fine until rumors started swirling in November 2020 that Quavo was allegedly cheating on his girlfriend with Lil Wayne’s daughter, Reginae Carter. "Internet Crazy Man," he wrote in response to the speculation in a since-deleted tweet. "Not Weezy Daughter. No!" Saweetie also denied the alleged infidelity and tweeted, "Quit spreading that fake news before y’all get Quavo a** in trouble cuz I don’t play that sh*t." Carter was quick to refute the allegation, too.

Once the rumors died down, it seemed like everything went back to normal for the hip-hop couple. But now that they’ve unfollowed each other on Instagram, it’s hard to tell where they stand now.

Brad Pitt cruises through LA on a motorcycle while shooting commercial