Russia is considering legal action over the decision by Australian planning authorities to scuttle its plan for the construction of a new Russian embassy close to Parliament House.

The National Capital Authority, the federal government body responsible for planning in parts of Canberra, terminated Russia’s lease on the site due to a lack of construction activity, in line with its “use it or lose it” policy. 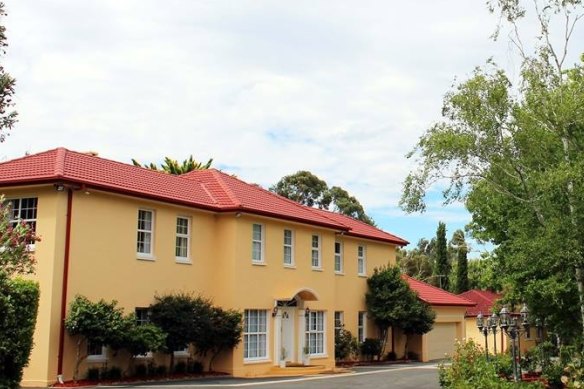 Chief executive Sally Barnes said the Russian Federation had purchased rights to the premium block in 2008 with the intention of building a new embassy and while initial works had commenced, it had sat as an unfinished building site “for many years now”.

“On-going unfinished works detract from the overall aesthetic, importance and dignity of the area reserved for diplomatic missions and foreign representation in the National Capital,” she said.

“With limited blocks currently available for diplomatic purposes, unless a country can demonstrate a willingness and ability to develop the site, the NCA supports a policy of ‘Use it or lose it’.”

Russia had been seeking to build a new embassy in the Canberra suburb of Yarralumla, where the bulk of diplomatic missions are located, to replace their existing site in the nearby suburb of Griffith.

As part of the lease, Russia had agreed to finish the new embassy within three years.

In a statement, the Russian embassy said it would seek legal advice “on the unprecedented and highly unwelcome move by the NCA”.

“It is really puzzling why the NCA chose to terminate the lease now that the construction process at Yarralumla site has been steadily going on uninterrupted for the last two plus years with results already very much visible and prospects rather clear,” the statement said.

The NCA said the decision to terminate the lease of the Yarralumla site did not affect the existing embassy.

Russia would be able to submit a new application for the site, but has been given 20 days to clear the Yarralumla site.

It will be returned into the pool of land available for diplomatic use.