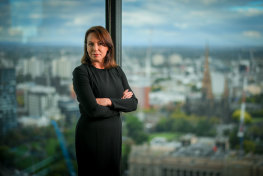 The Andrews government’s commitment last week to introduce laws this year that will ban religious schools from sacking or refusing to employ teachers because of their sexuality or gender identity is welcome, and the proposed legislation deserves the support of the Victorian Parliament.

The pledge from state Attorney-General Jaclyn Symes will bring long-overdue comfort to members of the LGBTQ community, who, under existing laws, do not enjoy the same basic rights afforded other Victorians. Under an exception to the state’s Equal Opportunity Act, religious bodies and schools are allowed to discriminate against people based on sex, sexual orientation, lawful sexual activity, marital status, parental status and gender identity.

In a modern workplace environment that has been markedly improved through laws designed to increase diversity and equality by eliminating discrimination against workers based on gender, age, race, religious belief, disability and sexual orientation, this sweeping exception for religious schools is inappropriate, unnecessary and unfair.

It has been the source of anguish for members of Victoria’s LGBTQ community, who have felt the need to hide their true selves for fear of being sacked, have lost their jobs when their sexuality or gender orientation has become known to their employer or have been denied access to jobs in the first place.

The right to discriminate has been tipped too heavily in favour of the right to religious freedom, and people have suffered unnecessarily. It is important, though, that in establishing the proper protections the new laws do not impinge excessively on the rights of religious schools to practise and teach their faith.

Ro Allen, Victoria’s Equal Opportunity and Human Rights Commissioner, is a member of the LGBTQ community who has known the pain of discrimination. In welcoming the progress of the changes she insisted it was about “balance”.

For many of the state’s religious schools these changes will not be an issue. But some who teach a more fundamentalist doctrine insist the balance will tip too far and are alarmed by the legislation. Mark Spencer, director of the lobby group Christian Schools Australia, says “people of faith in Victoria are being told what they can and can’t believe”.

It would be tempting to dismiss such voices as speaking from the margins, but they are not without influence. As The Age’s state political reporter Sumeyya Ilanbey revealed on Friday, before Michael O’Brien was recently ousted as opposition leader, he promised the Australian Christian Lobby and other faith groups that his Coalition would amend new laws banning gay conversion therapy if it was to win next year’s state election.

O’Brien’s replacement and predecessor, Matthew Guy, is familiar with the role that religious conservatives attempt to play in the political process. Although he has not yet declared his position on gay conversion therapy, last week he was adamant in a radio interview with Joy FM that religious schools should not be allowed to sack teachers based on sexuality. And yet, he appeared to equivocate on the issue of hiring staff: “If the premise of the school is the faith, then … I think they should certainly be allowed to employ on the basis of that faith.”

The Victorian bill is expected to be tabled next month, about the same time as the federal government intends to introduce a contentious Religious Discrimination Bill that may extend the right to discriminate, and could override state laws.

Bipartisan support for the Victorian legislation would go some way towards buttressing the state act from federal intervention, and would enhance Mr Guy’s ambitions for a more “sensible and positive” Victorian opposition.

Furthermore, allocation of state government funding should be conditional on a school’s endorsement of these anti-discrimination laws. It’s only fair.